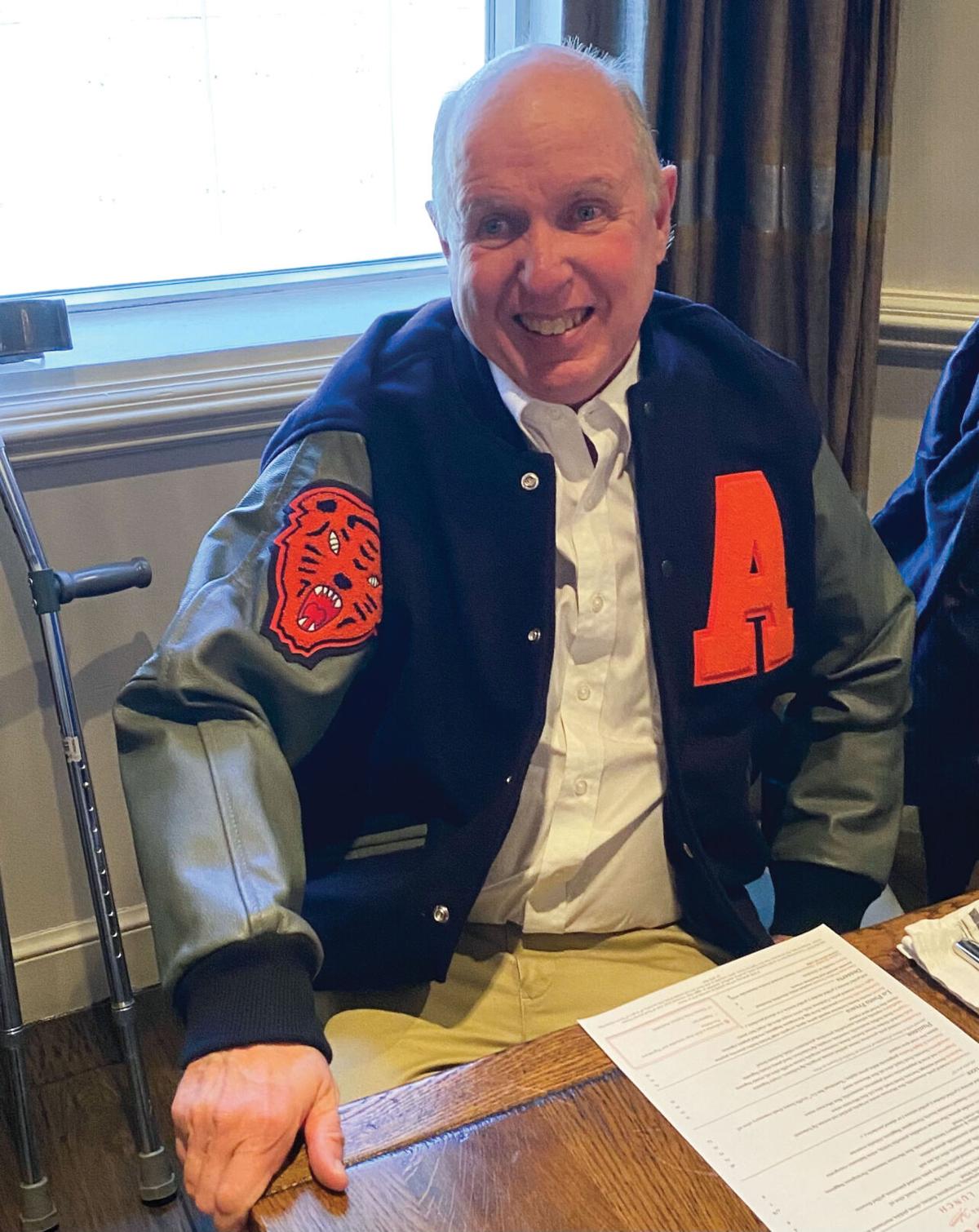 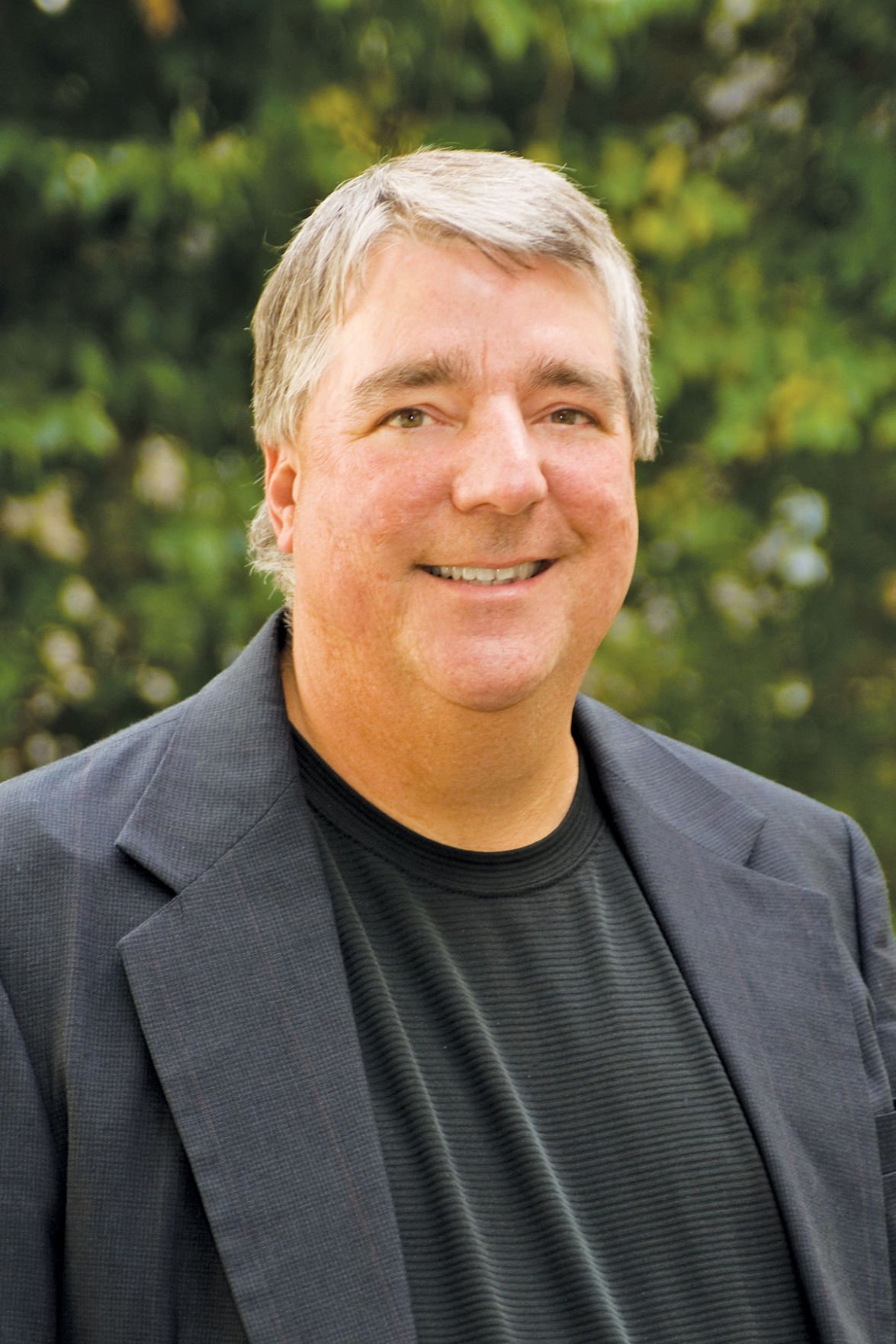 Better late than never was the theme of a party that brought together former Auburn football players and managers from the Coach Doug Barfield Era to share a special afternoon with an old friend who roamed the field with them four decades ago.

When Paul South made the trip to downtown Auburn for a lunch meeting last Thursday the former team manager had no idea that waiting at his table would be the letterman’s jacket he had earned but never received.

Equally surprising to South was a room full of people there to share the moment. It was an emotional, fun-filled scene that lingered on for hours after lunch was finished with story after story being told by a variety of the former players and managers, who obviously still cherish their days as Auburn students and members of the football team.

Mark “Moose” Callahan, a three-year letterman as an offensive guard for the Tigers, set the wheels in motion in organizing the event after finding out that South never received his letterman’s jacket. Callahan played on the 1977, 1978 and 1979 teams when South was a manager.

Michelle Keesee of the AU Athletic Department, who works with the letterman’s club,  helped organize the event. Auburn’s equipment manager, Dana Marquez, had the jacket ready to go and perfectly sized for South to put on when he arrived in Auburn.

It was a special day for the former manager, who grew up in Fairfield as part of a family who loved Auburn. They were regular visitors to Jordan-Hare Stadium. South remembers his mother rising before the sun to fry chicken for their tailgate picnic baskets during a full day on the Plains before, during and after games.

As a youngster Paul dreamed of being one of the guys wearing a navy uniform and making the big plays to become a Saturday hero on the field, but that couldn’t happen. Injuries he suffered during his birth as a premie baby meant that he would always have to walk with crutches. Fortunately, that never impacted his mind, which was sharp as a student (1980 graduate in journalism), something that hasn’t changed as he is currently finishing work on a law degree.

He is also an example of the power of persistence. After initially being told by the assistant coaches that he couldn’t be a manager because they were concerned he would get hurt due to his lack of mobility, the young Auburn student went directly to the head coach and asked if there was any way he could help the team.

Barfield told South that he could be a manager, but didn’t need to report for duty until after the first game, a home contest vs. Arizona that the Tigers would win 21-10. However, that plan changed when South got a phone call from Barfield’s secretary. This was in the days before cell phones so South’s mother answered at the family’s home and said her son was at work, but she would round him up as soon as possible.

South remembers her driving into the parking lot at the local tennis center in Fairfield. She was excited as she told her son that he needed to come home immediately and call the coach, who gave him the good news.

South’s first job was keeping an eye on who was watching practice after staff members heard a rumor that Arizona may have had a spy on campus looking for an edge in the opening game, something that was never proven and likely not true, South recalls. He remembers reporting to campus the next day for practice eager to tackle that first assignment, one of many he would handle during three seasons.

“He deserves his letterman’s jacket as much as I deserve mine,” says Callahan. “This should have happened a long time ago, but maybe not. Maybe it worked out for the best because getting all of these guys together was special.”

Skip Johnston, who was one of the top punters in AU history and a member of the 1977-79 teams, says he was excited to be at the surprise party. “Paul is a great guy and he is all about Auburn,” says Johnston, one of the owners of J&M Bookstore. “Everybody on the football team loved him. I don’t know how it happened he didn’t get his letterman’s jacket, but I am happy he has got it now. It was great to be back with all of these guys, who were great football players and also great people.

Walter Northcutt, like Johnston, is another life-long Auburn resident who was there to see his friend be surprised. “I tell you, I got chill bumps,” says the attorney, who worked with South as a team manager. “It is great that Paul getting his letterman’s jacket brought us back together 40 years later.”

Northcutt notes the players and managers were very close during their years at Auburn, both on and off the field. “Like Paul said, it was about family–the Auburn family.”

South told those assembled that he considers them his extended family and notes that a comment made by Pat Dye, who followed Barfield as head coach, is on target. “Coach Dye used to say that other programs may have their nations, but Auburn is different because we are a family.”

What happened during the get-together on the Plains is an example of what Dye was talking about and explains why South is one very, very happy AU graduate, who called his trip back to Auburn one of the greatest days of his life. It was also a memorable day for the other folks who were fortunate enough to be there.