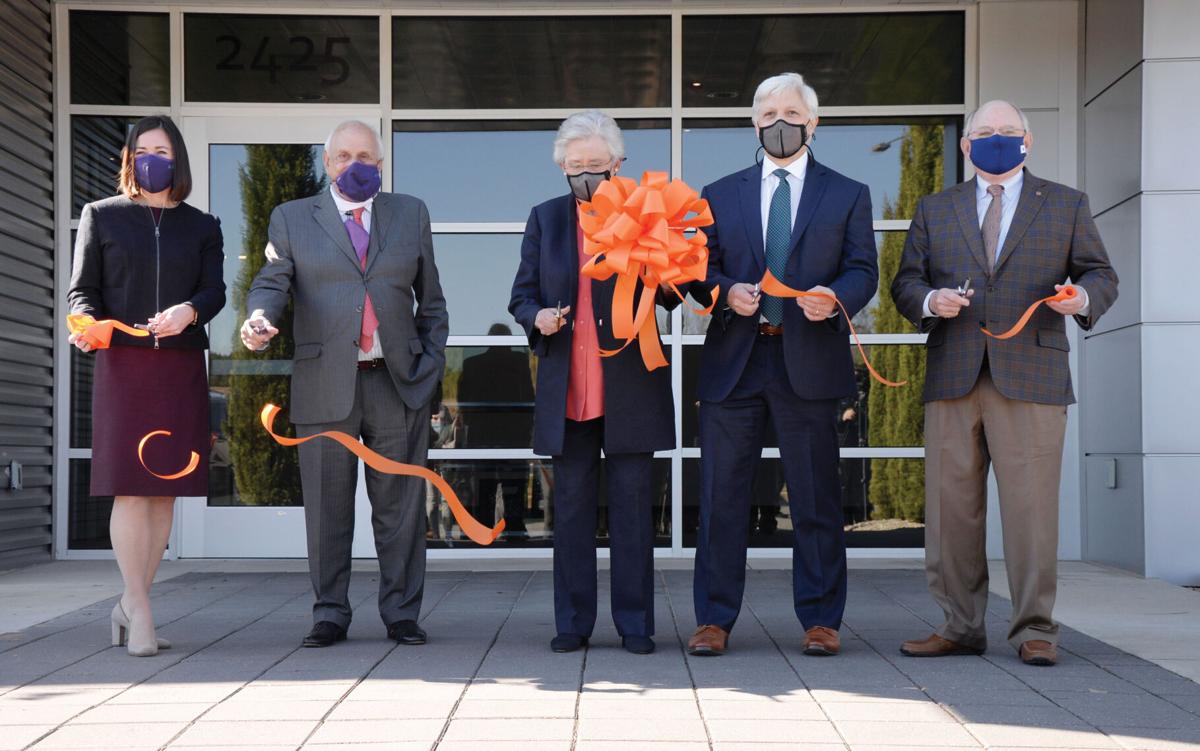 Alabama Gov. Kay Ivey cuts the ribbon during a ceremony marking the opening of SiO2's new production facility, which provide vials for the delivery of Covid-19 vaccines

Alabama Gov. Kay Ivey cuts the ribbon during a ceremony marking the opening of SiO2's new production facility, which provide vials for the delivery of Covid-19 vaccines

Alabama Gov. Kay Ivey, Auburn Mayor Ron Anders and other civic leaders took part in a ribbon-cutting ceremony last week to mark the expansion of SiO2 Materials Science's effort to produce vials that will be used to distribute Covid-19 vaccines around the world.

The new production facility, which is part of the company's $163 million expansion project, will create more than 200 new jobs in the Auburn area.

"We are all excited to celebrate an expansion of SiO2 Materials Science, and we are proud to be the home of such an innovative company that is contributing to the fight against Covid-19," said Anders.  "Through this expansion, SiO2 is investing $163 million into Auburn and adding 220 well-paying jobs in our community."

The expansion was made possible by a $143 million contract the company secured from the U.S. government this summer to ramp up its production capacity of cutting-edge vials, which employ new materials to create a container suitable for vaccine storage and which also does not break.

"The container that this vaccine is in has to be so pure and perfect that it doesn’t have a negative effect on the vaccine," said Robert Abrams, CEO and founder of SiO2. "It’s a very complicated product. There is no one else in the world who could make it. This is just the beginning of a whole industry in Auburn, and the science developed there is protected by 300 worldwide patents and 6,000 patent claims."

The company will be able to produce up to 15 million vials a year off of its 10 production lines.

Ivey also spoke at the ceremony, touting the company's contribution in the effort to beat back the pandemic.

"What a proud day this is to be in Auburn with the firm SiO2. It's done ground-breaking research and developed tremendous materials that will help our nation's fight (against) Covid-19 be successful," she said. "The technical accomplishments of SiO2 demonstrate to the world the kind of highly innovative and groundbreaking work that is being done in Alabama."