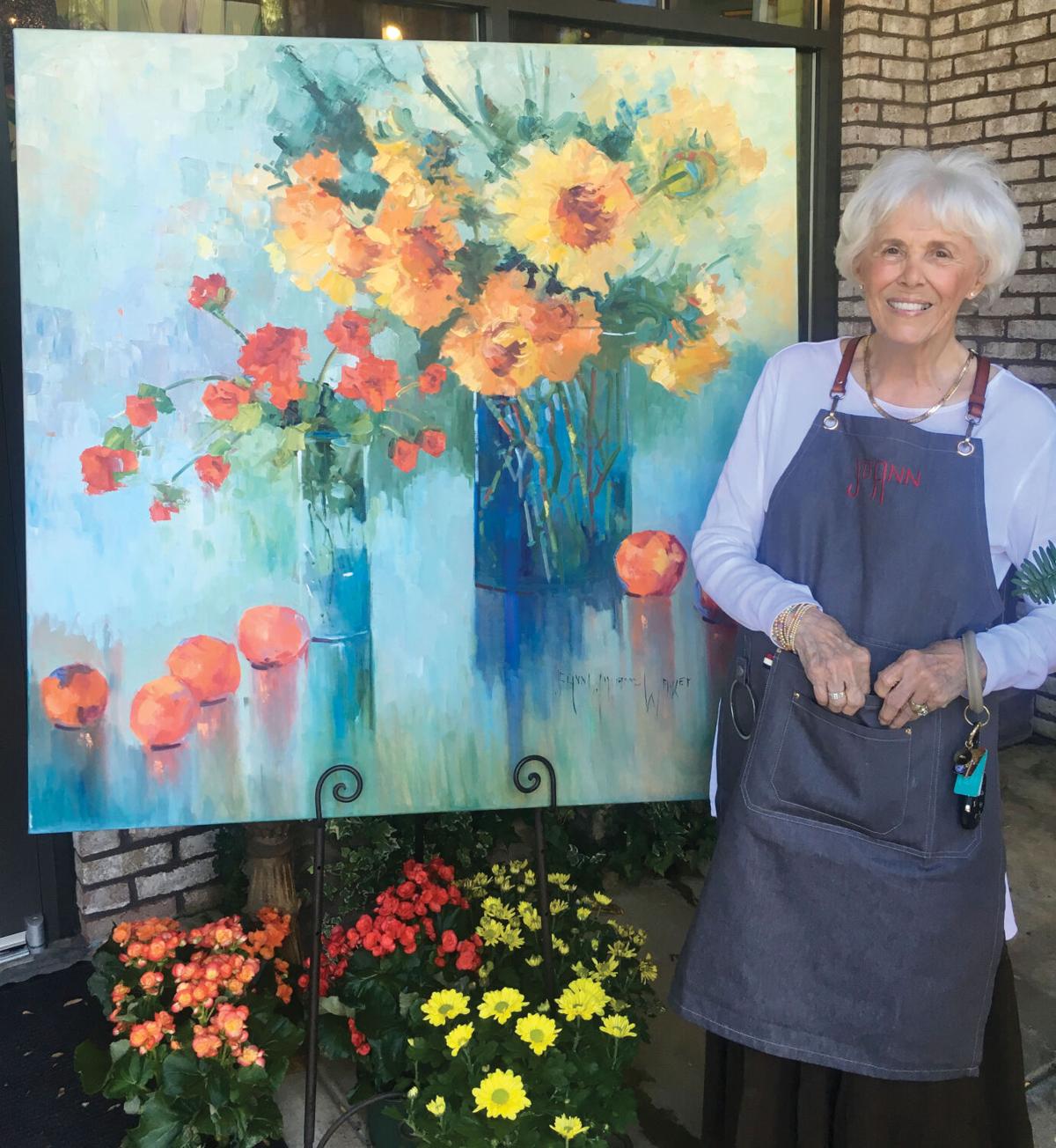 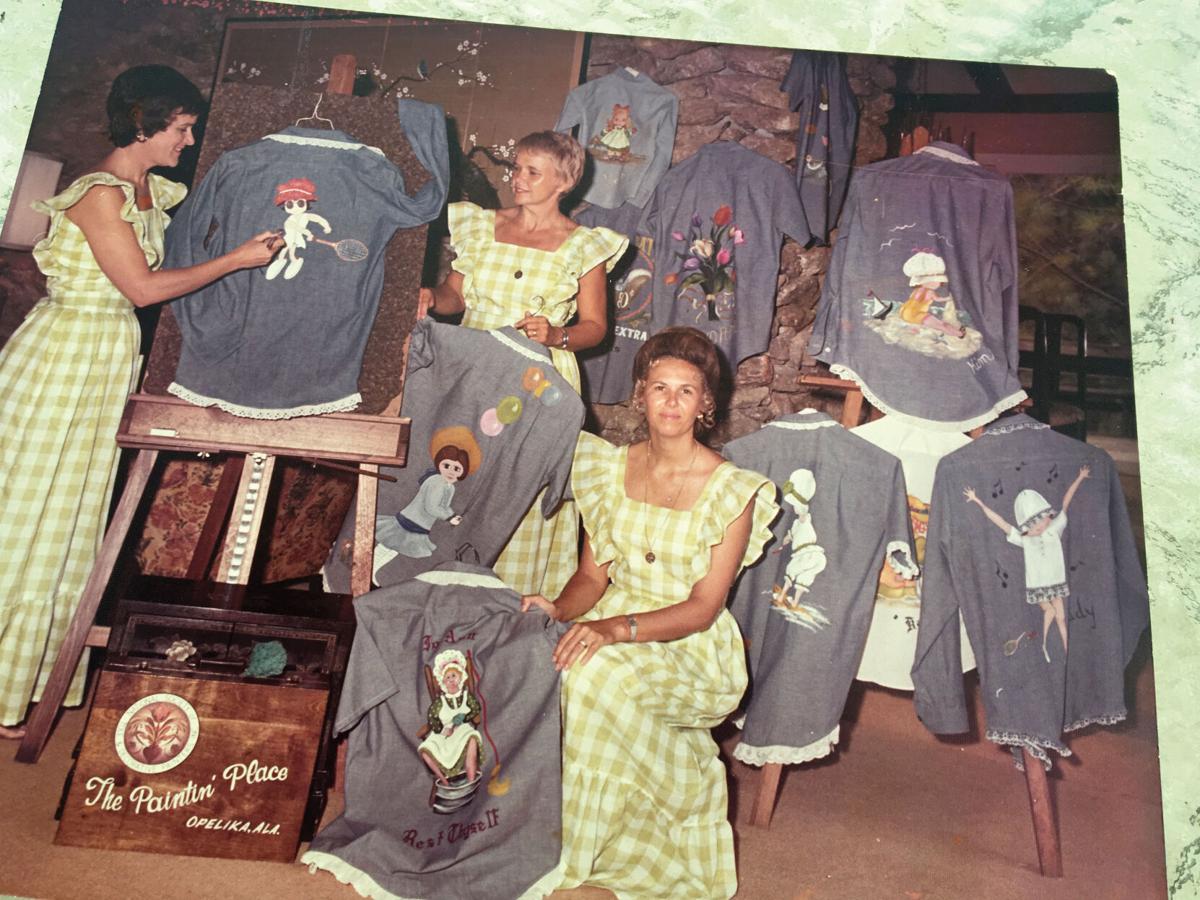 Back in the 80’s JoAnn was doing what mothers of school-age children do — going to PTA meetings, volunteering as a room mother, carpooling the children to their after-school activities, and socializing with other moms.

One morning as she and two of her friends, Jan Dukes and Martha Scott, were having coffee, an idea emerged that they decided would be fun to try. It entailed painting motifs on the back of denim shirts. They purchased denim shirts, acrylic paints, and other needed supplies.

After a brainstorming session, they came up with the name, “Shirt Tales.” The motifs they painted on the backs of the shirts were connected to activities in which their children were involved — tennis, cheerleading, beach bunny, water sports and others. Soon, their children’s friends wanted shirts, too.

The demand for shirts began to spread so fast that JoAnn and her friends began teaching lessons on shirt painting. Next, they wrote books on painting shirts that flew off the shelves. Almost overnight, “Shirt Tales” was a phenomenon.

As the business progressed, the three women realized that they really needed a special kind of brush for painting on fabric, so they designed one.

A friend who was a decorative arts painter suggested to JoAnn that she and her friends go to the New York Expo and meet with person who manufactured art brushes. The three made an appointment with the manufacturer and were told that a beginning lot of 60,000 brushes would be made immediately and sold to vendors in both the U.S. and abroad.

Following the “Shirt tales” craze, JoAnn, who had never expected to call herself an “artist,” decided to find people to teach her techniques in “fine art.” She enrolled in workshops both at home and abroad, learning all she could from each teacher. She said that while she was honing her art skills,she was also learning to market her work, noting that if art was going to be her job, she had to be able to sell it.

Now an octogenarian, Walker-Blagg’s work is displayed in homes across the nation and in some homes abroad. Today, she shows her work exclusively at The Brier Patch in Highlands, N.C., at Barnel’s Gallery in Lafayette, Louisiana, and in the Flower Store in Auburn. Many of the paintings are large, impressive pieces meant to make a statement in a home.

The effortlessness of JoAnn’s artistic style is what Confucianism refers to as “Wu Wei.” It is a way to release the gifts of one’s “inner nature” or colloquially said,“to let go and live.”

To be proficient at anything, one must practice. If you pass JoAnn’s house on any given day, you will see her standing at an easel, painting.