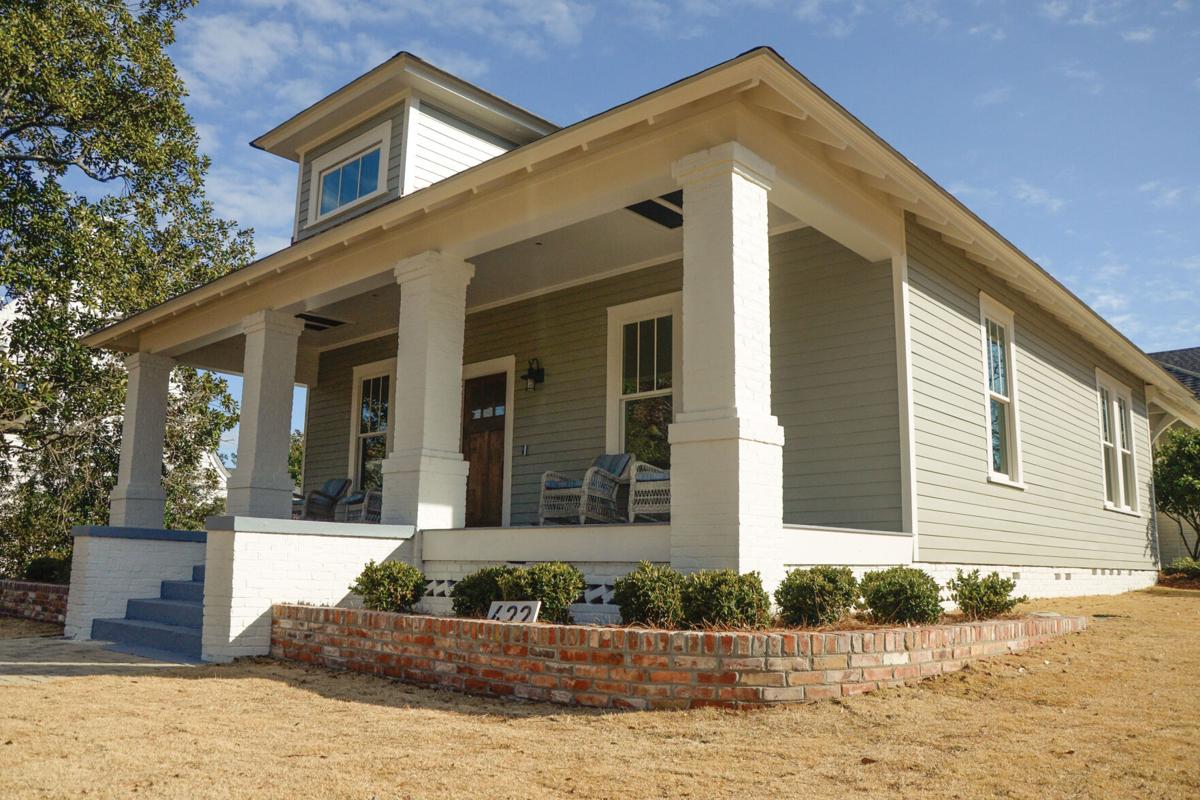 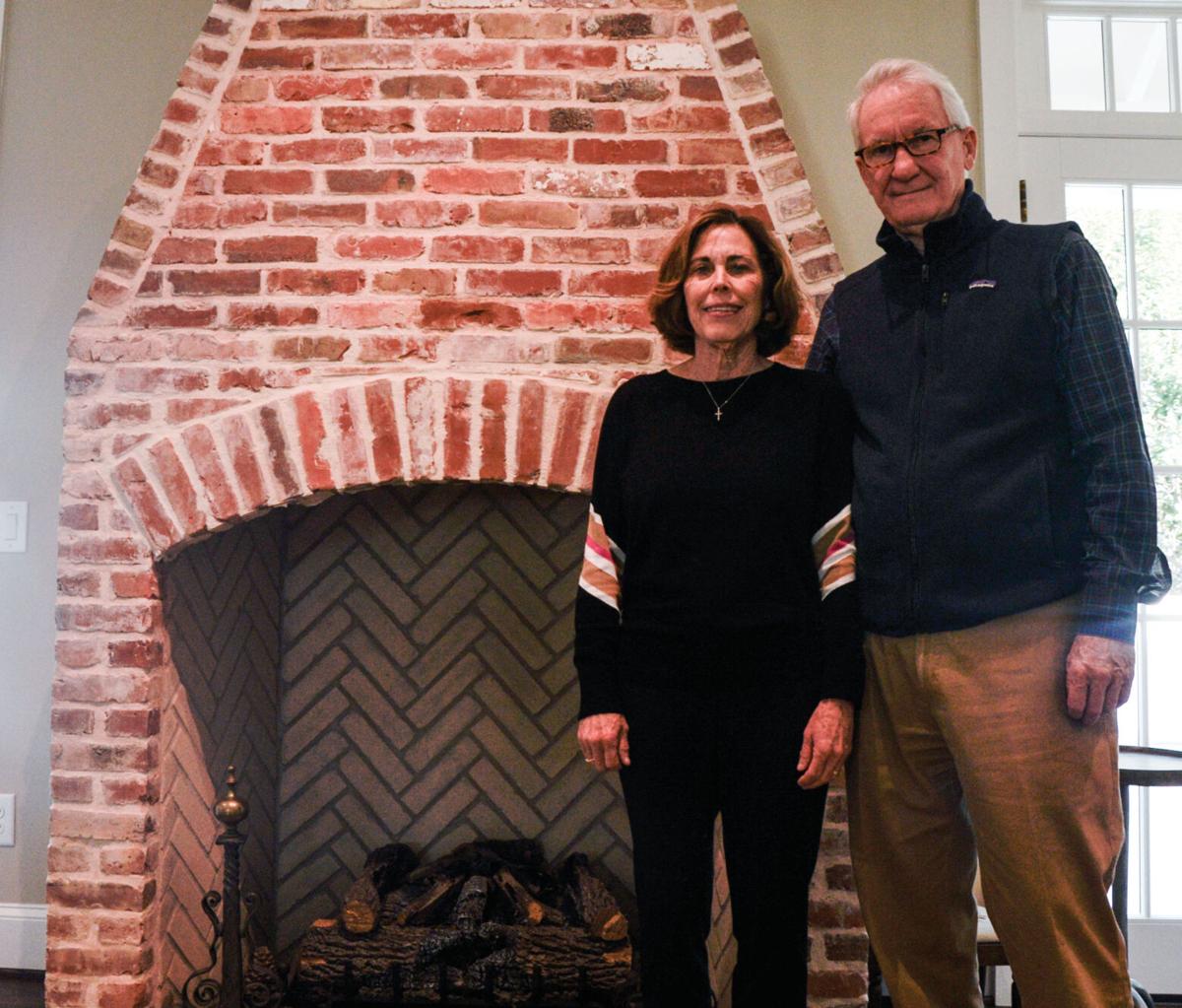 The overhaul of the Champion House, a 1922 one-story Craftsman bungalow, was recently completed in the North College Historic District after a 15-month renovation that drew criticism from neighbors at the onset of the project because of the removal of the siding.

Initial work on the house, located at 422 N. College St., prompted the city's  Inspection Services Department to issue a stop work order, with the Historic Preservation Commission also denying a request for a certificate of appropriateness to demolish the contributing structure.

When renovations began on the house in October 2019,  the siding was removed, which left the historic structure with the appearance of having been "gutted to the studs," according to a description in a  October 2019 memo by the city's Planning Department. Replacing siding is considered major work by the HPC and requires a certificate of appropriateness.

"I know why people were shocked because when we took the siding off it looked like it was gutted," said Dan Bennett, the architect for the renovation and a member of the city's Downtown Design Review Committee. "We just needed to get the sheathing on and then put the siding back on."

Bennett added that there was never any intent to go around the HPC or ISD.

"It was my mistake that I didn't ask about the siding initially because I knew that they had replaced it across the street. I just figured it was OK, and that was my error," he said. "But we clearly had to put sheathing on, and the city required that. The problem was we thought we could save the siding, but when we pulled it off it cracked. It was so old. We saved enough of it that we could send it to the milling place, where they could copy it.

"When we got into it, part of the siding was even Masonite. Where there had been a fire, they replaced it with Masonite. The rafter tails, the standard 2x4s, we took every single rafter tail off this house, abated the lead paint, numbered them and put them back exactly where they were."

Bennett also noted that he had to comply with the International Building Code when doing the renovations.

"The International Building Code, the IBC, basically states that if you renovate a house or a building ... doesn't matter if it's historical or not, if you do more than 50 percent of the value of the house in renovation, you have to bring it up to code," he said. "What they were basically asking us to do is not do that."

Viewed from the street, the renovated house is virtually indistinguishable from the original structure. Bennett said he "took photographs ... made prints of the photographs and came over here and took measurements of everything, even the brick" when starting the process of renovation.

"We replaced the siding in the old house with milled cyprus to the exact dimensions of the heart pine that was here initially," said owner David Pearson, a 1973 graduate of Auburn University, who moved into the house with his wife Susie on Dec. 30 and added that it was important that the siding was true to what was there before. "The key to saving these houses, though, is good maintenance. If they're allowed to deteriorate, they will deteriorate beyond a point where they can no longer be renovated without a major renovation such as we did here. Regretfully, this house was not maintained for many decades and as a result of that the rate of deterioration was very significant."

"The thing is they had toilets that had been allowed to leak, so the floors in all the bathrooms are pretty much gone. It was really amazing. We took the ceiling out in here, and there were charred timbers all the way over to this side," Bennett said. "We got (then-Principal Planner Thomas Winetraut) from the city down here and showed him that we didn't do anything without his permission.

"You really have to work to meet what the code requires and what the historic district would like to see, so we did the best we could under the circumstances."

The bricks that were originally used for the interior foundational piers were saved and re-purposed for a chimney in the back, new portion of the house. The columns on the front were also saved.

"Rather than trying to rebuild them, we actually poured concrete and stabilized them, so all that's original," said Bennett. "We didn't touch that at all."

The front porch was also milled to the dimensions of the original. The aluminum windows, which were not original to the house, were replaced in the exact same locations with wooden windows.

"Viewed from the outside, the old structure is exactly the way that it was, down to the bricks that were missing in the foundation," said Pearson. "It was a tough 15 months, but we wanted this to be our retirement place. In the two or three weeks that we've lived here, it's been wonderful."