The city of Auburn came one step closer to codifying short-term rental regulations, as the Planning Commission approved its recommended regulations at a virtual meeting on Monday night.

The Commission approved the recommended ordinance by a 7-2 vote, with Commissioners Robyn Bridges and Nonet Reese voting against the measure.

The City Council will now take up the Commission's recommendations, possibly as soon as its first meeting in February.

The Commission's action brings its role in crafting regulations to a close in a process that began more than three years ago. The Commission first received a draft ordinance in May 2018 before the discussion of possible regulations shifted to the Short Term Rental Task Force formed by Mayor Ron Anders in January 2019. The task force held multiple public work sessions before its list of recommendations were passed on to Planning Department staff in October 2019. The Commission held four work sessions from December 2019 to last October, with the proposed draft ordinance shifting from a more restrictive approach early on to a more permissive approach this fall.

Short-term rentals will be regulated in two ways, either as Short-Term Non-Primary Rentals or Homestays.

The use would only be allowed in NRD and CRD-W east of North Donahue Drive.

STNRPs are defined as a dwelling unit that is not a permanent residence and is leased to one party for a maximum of 30 days. Short-term rentals would be limited to 240 rental days a year, with no limitation on the number of guests. It would require a yearly zoning certificate, and homeowners would not be required to be present during the time of the rental activity.

Homestays would be permitted by right in the same zones as STNPRs, but would only be allowed to operate up to 120 days per licensing year when the owner is not present, although the home must be the permanent residence of the owner. Homestays would require the issuance of a Home Occupation License. There would be no limit on the number of rental days per calendar year, as well as no limit on the number of overnight guests, which was set at a maximum of six before the Commission amended the draft ordinance to remove that provision on Monday.

During the public hearing on Monday, residents argued both sides of whether STNPRs or homestays should be allowed in those homes located in traditional single-family zones, like those in NC, DDH, LDD, etc.

Susan Bolt, who lives in a home along East University that is zoned NC, said she rents to extended families and lobbied for short-term rentals to be allowed in NC, saying that it was "arbitrary to discount the NC designation."

Commissioner Warren McCord took part in the city's adoption of a performance zoning ordinance in 1985 and said later in Monday's meeting that single-family zones, like NC, were not created arbitrarily at the time.

"We're not not allowing homestays and STRs in Auburn. We're only prohibiting them in the small areas of Auburn that are designated as a single-family neighborhood," he said. "The single-family neighborhoods were not developed arbitrarily. They have been in the ordinance since 1985 when this ordinance was developed. At that time as we were totally re-doing the ordinance and rezoning Auburn in order to accommodate the growth that was beginning to take place, it was obvious that our citizens wanted zones where they can be protected or where you can mitigate the impacts of commercial activity and multi-unit development. And that's where the NC neighborhood came into play.

"The purpose of those zones was so that they could be separated from commercial activities and as a means of mitigating impacts of excessive parking, traffic, hours of operation, lighting and noise."

The city's zoning ordinance as it pertains to short-term rentals would not supersede any covenants of homeowners associations, said city planner Katie Robison.

"That's strictly a private matter," she said, while noting that properties split over two zones would be regulated by the zone with the most restrictive family definition. For example, if a property was split-zoned NC and RDD, it would fall under NC regulations.

For more information on the short-term rental regulations, go to www.auburnalabama.org/short-term-rentals/. 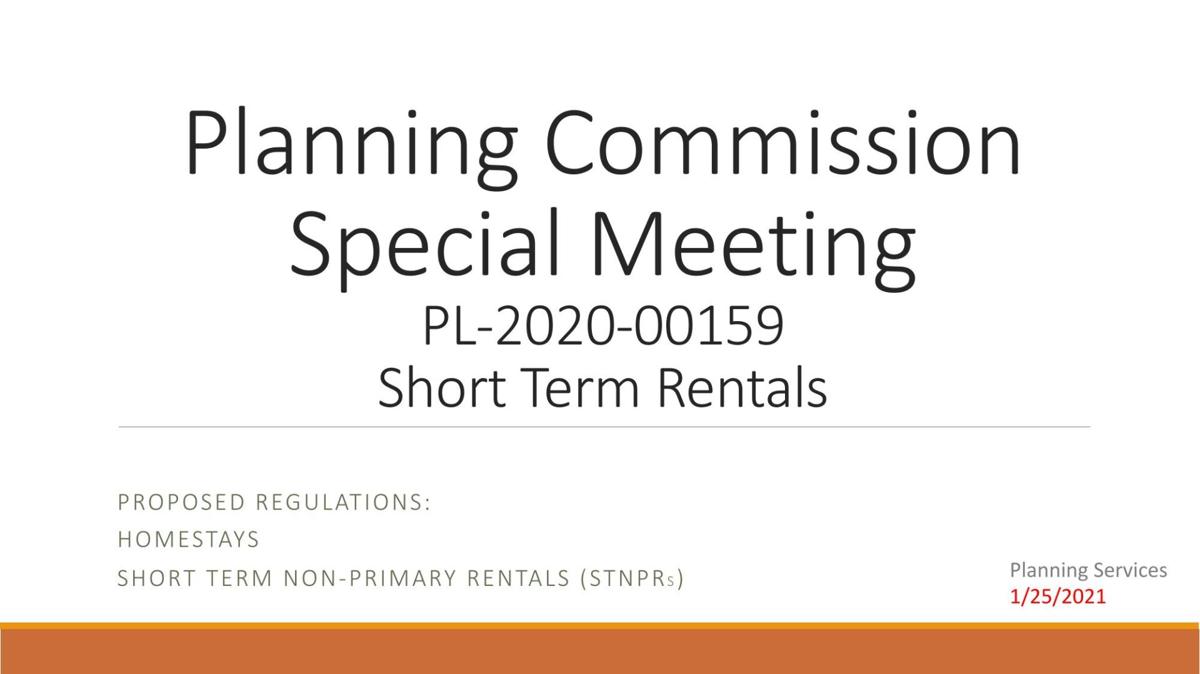