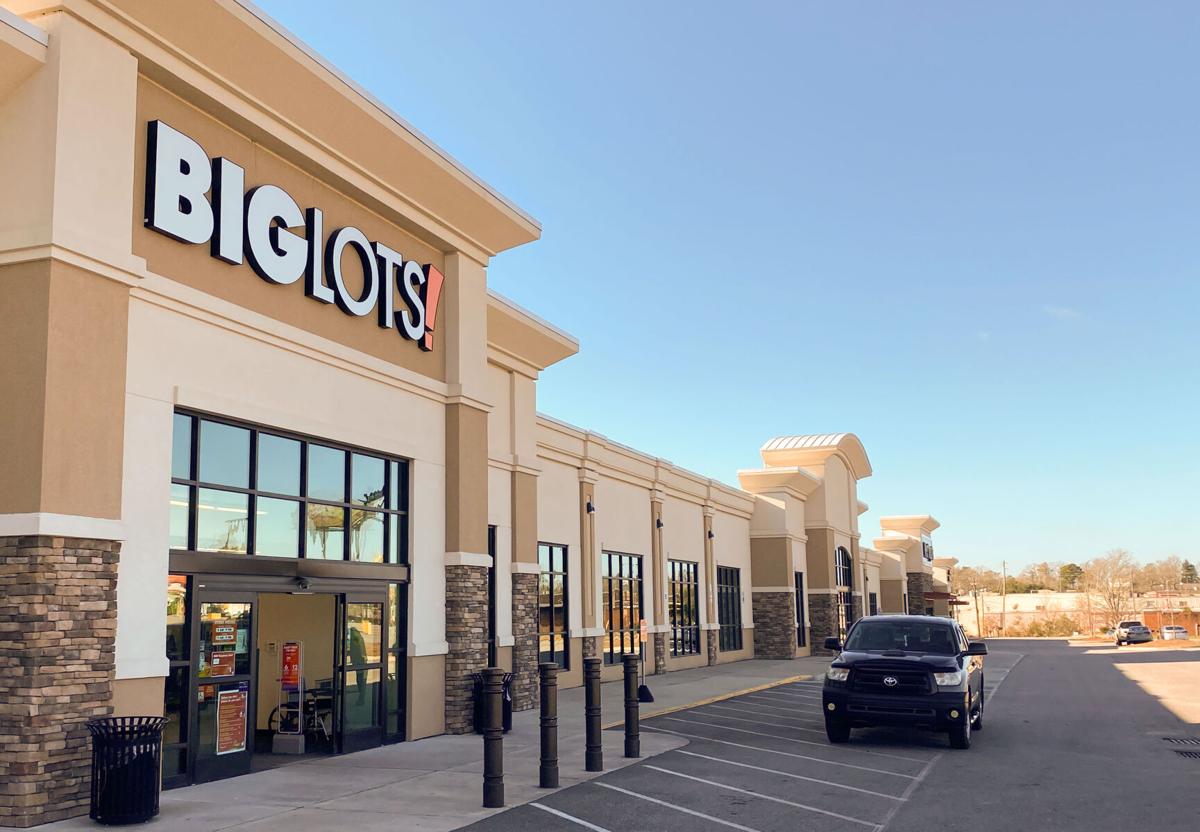 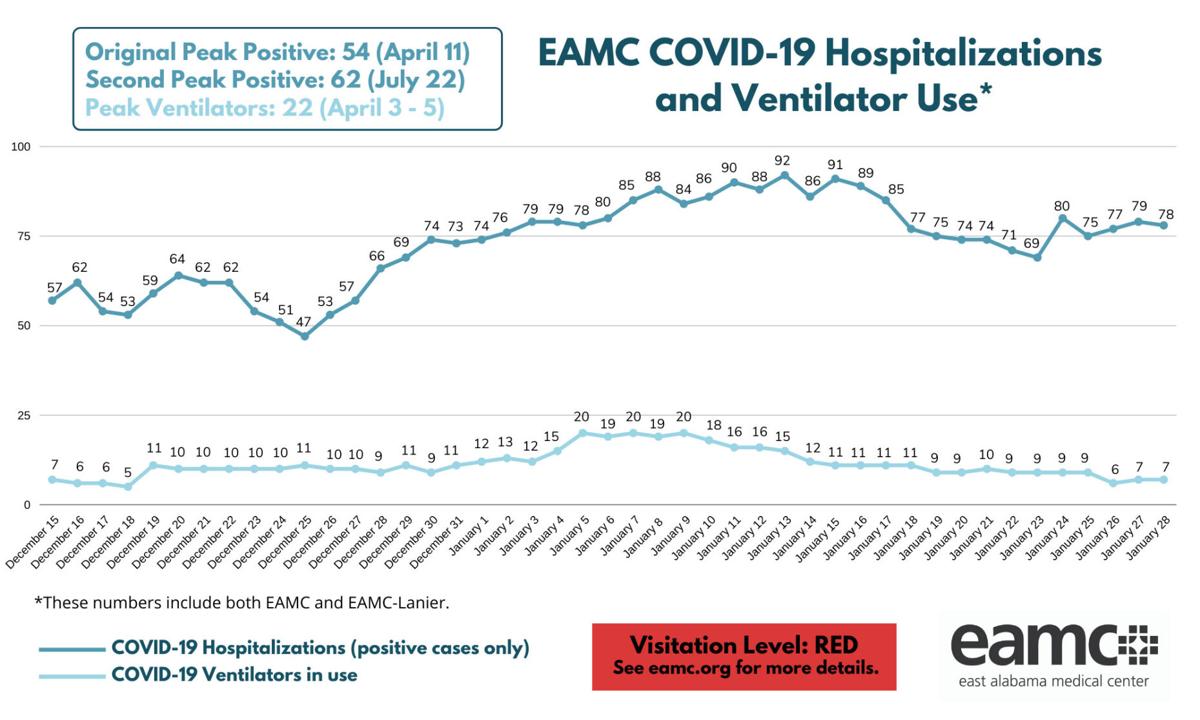 A new community clinic that will serve as a vaccination site will open next week in Market Square Shopping Center on Opelika Road.

The clinic, a collaborative effort between East Alabama Medical Center, the cities of Auburn and Opelika and the Lee County Emergency Management Agency, will replace EAMC current clinic at the EAMC Education Center. The new clinic will be located across from Auburn Mall at 1716 Opelika Road in a storefront next to Big Lots.

The new clinic will allow EAMC to increase the number of vaccine doses it can administer daily.

"Over the past six weeks, we have ramped up to 500 vaccinations a day in our current location, but we believe we can double that volume to 1,000 shots a day in this new location," said John Atkinson, EAMC spokesman. "“Laura Grill (EAMC president) began the communication with these groups less than two weeks ago and thanks to their total buy-in, we are now just days away from it opening. Their support is what made this happen.

“Our plan is to open in this new location next Monday, February 1. But we have plans in place to notify those who are scheduled for an appointment if that changes.”

Those currently eligible for vaccination — healthcare workers, first responders and those age 75 and older — can register for an appointment through EAMC at https://apps.eamc.org/Secure/VaccineRegistration. Vaccine clinic details include:

The Alabama Department of Public Health will also hold vaccine clinics in Lee County for those eligible for the vaccine. The clinics will be located at the Lee County Health Department at 1801 Corporate Drive in Opelika from 8:30 a.m. to 3:30 p.m. on Wednesdays and Thursdays. Vaccinations are only by appointment through ADPH's scheduling number, 1-855-566-5333. Vaccines are free of charge.

While Covid-19 hospitalizations at EAMC have tapered off some over the past two weeks, the hospital still had to deal with its highest census of hospitalized patients since the pandemic began in mid-March.

As of Thursday morning, 78 patients were hospitalized with Covid-19 at EAMC and EAMC-Lanier, down from a pandemic peak of 92 about two weeks ago. Seven patients are on ventilators The overall census early this week is troubling, though, with EAMC's Opelika campus caring for 276 patients as of noon on Monday, the Emergency Department "full" with 26 patients and even more patients waiting to be admitted.

"This is the concern that many health officials brought up in the fall — the collision of a post-holiday Covid peak and the winter census that’s typically higher than any other time of the year,” said John Atkinson EAMC spokesman “Plus, some of our employees are working outside of their normal area, such as the nurses in the COVID Infusion Center, and nurses and other staff at the vaccine center, the call center and the testing site. Our hospital family just continues to pick each other up and push forward. They’re really quite amazing.”

Covid-19 is still spreading at a high clip in the Lee County area, which has had 13,602 total cases, with 1,523 or about 11 percent coming in the past 14 days, as of Thursday morning. Since mid-March, Lee County has reported 113 deaths attributed to Covid-19, according to Alabama Department of Public Health data.

While the spread of Covid-19 has slowed some, experts are concerned about multiple new variants that could pose a problem, including British and South African variants that could be more contagious or deadly. Moderna and Pfizer both say that their approved Covid vaccines are effective against the new variants, although slightly less so against the South African variant, which has prompted both companies to start developing a booster shot.

"We're doing it today to be ahead of the curve, should we need to," said Dr. Tal Zaks, chief medical officer of Moderna, in an interview with the New York Times. "I think of it as an insurance policy."

As of Wednesday, the highly-transmissible British variant had been identified in three Alabama residents, two from Montgomery County and one from Jefferson County.

"This variant is associated with increased person-to-person transmission of Covid-19," stated a ADPH news release. "ADPH is closely monitoring the emergence of this variant which has been detected in at least 24 other states, including Tennessee, Georgia, Florida and North Carolina and at least 293 cases in the U.S.

"Viruses mutate, and due to surveillance, it was expected that cases would be found in Alabama. At this time, many infectious disease experts and the CDC have indicated that the current vaccine should be effective against the U.K. strain. However, this is still being studied. Currently, the U.K. variant has not definitively been linked to worse outcomes of the disease. As this variant is recent to the United States, it is important to follow the outcome of persons infected with this variant."

Much of the nation's focus has turned toward the distribution of Covid vaccines. President Joe Biden has promised to get 100 million doses in arms within his first 100 days, although critics and some experts say that goal is far too low, given that about 1 million doses are already being administered every day in the U.S. Biden has since upped his stated goal to 1.5 million vaccines a day.

"I think with the grace of God, the goodwill of the neighbor and the creek not rising, as the old saying goes, I think we may be able to get that to 1.5 million a day, rather than 1 million a day," Biden said.

My husband is 74 and eligible for the Covid 19 Vaccine on February 8th. Where are the vaccination centers located around Smiths or Opelika and when can I register him.