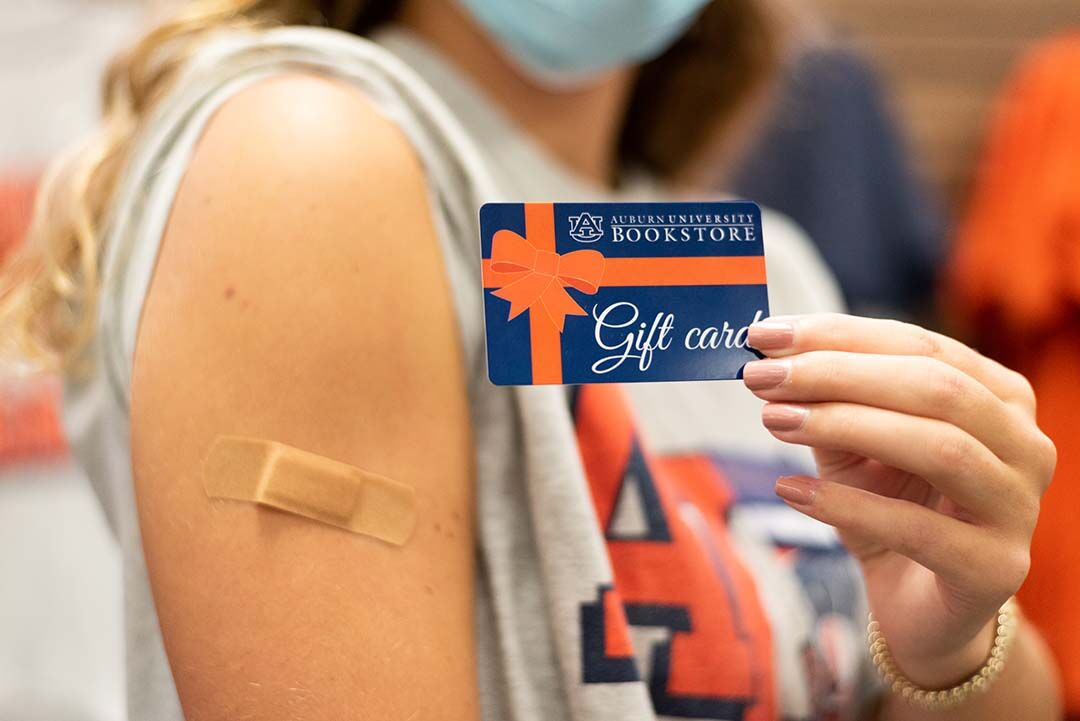 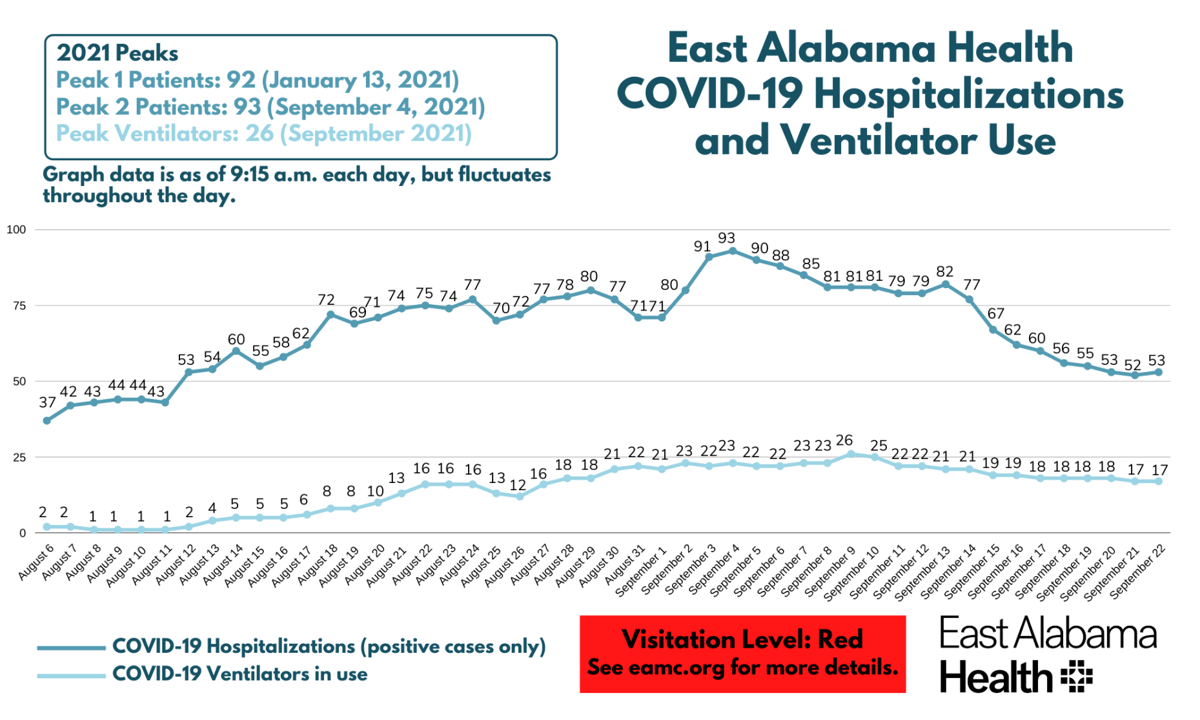 The number of patients hospitalized with Covid-19 at East Alabama Medical Center and EAMC-Lanier continued to decline this week as the Alabama Department of Public Health tries to increase vaccination rates across the state with the "Kick COVID" effort.

The Kick Covid event will come to Jordan-Hare Stadium for Saturday's game against Georgia State, and offer $75 college bookstore gift cards to those fans who have gotten their first or second dose of the vaccine within 14 days prior or seven days after the game date. Fans can also get vaccinated on game-day. Fans who get their second dose on game-day will get their gift cards immediately. Others will have to upload their information online before receiving their gift cards in the mail.

The Kick COVID event will run from noon until one hour postgame Saturday on the lawn in front of the Auburn Arena.

As of Wednesday, East Alabama Health reported that 53 patients were hospitalized with Covid-19, a sharp drop from three weeks ago when  hospitalizations hit a pandemic peak of 93. Of the 53 hospitalized patients, 45 are unvaccinated, as are 17 of the 19 patients in the ICU and 15 of the 17 on ventilators.

On Monday, the Pediatric Clinic reported its lowest positivity rate in more than two months, sitting at 10.8 percent of tests for the week of Sept. 13-19. That's down from a peak of 20.4 percent from Aug. 23-29. The Pediatric Associates' Auburn office reported that its positivity rate increased slightly to 8.7 percent from Sept. 13-18, but well below the 20.6 percent for the week of Aug. 16-20.

During that time frame from Aug. 10 to Sept. 10, 340 tested positive for Covid-19 and 430 people received exposure notification, with 969 additional people being excluded from notification because of not violating the schools system's close contact definition — students excluded include those who were 3 feet or more (but within 6 feet) of an infected student but both were wearing well-fitted masks and adhering to other prevention strategies, according to ACS.

ACS Superintendent Kristen Herring shared more granular statistics with the Board of Education at its last meeting, which The Villager obtained through an Open Records request.

Of the 340 positive Covid-19 cases reported in ACS from Aug. 10 to Sept. 10, 134 occurred in grades kindergarten through fifth grade and 206 occurred in sixth through 12th grades. Students also accounted for the overwhelming majority of positive cases during that period, with 301 of the 340 cases, while staff accounted for 39 cases, according to a table provided by ACS.

Vaccination could also make a large impact in schools  in the near future.

On Monday, Pfizer announced the results of its Phase 2/3 trial of its vaccine in children ages 5 to 11, saying the vaccine is safe and effective for children in that age range. Pfizer plans to seek emergency use authorization  from the U.S. Food and Drug Administration soon for the vaccine for 5- to 11-year-olds, who were given about a third of the dose  in the trial than what adults normally receive. The Pfizer-BioNTech vaccine already has EUA from the FDA for children ages 12 to 18.

"We are eager to extend the protection afforded by the vaccine to this younger population, subject to regulatory authorization, especially as we track the spread of the Delta variant and the substantial threat it poses to children," said Albert Bourla, chairman and CEO of Pfizer, in a news release.

“We are pleased to be able to submit data to regulatory authorities for this group of school-aged children before the start of the winter season,” added Dr. Ugur Sahin, CEO and co-founder of BioNTech. “The safety profile and immunogenicity data in children aged 5 to 11 years vaccinated at a lower dose are consistent with those we have observed with our vaccine in other older populations at a higher dose.”