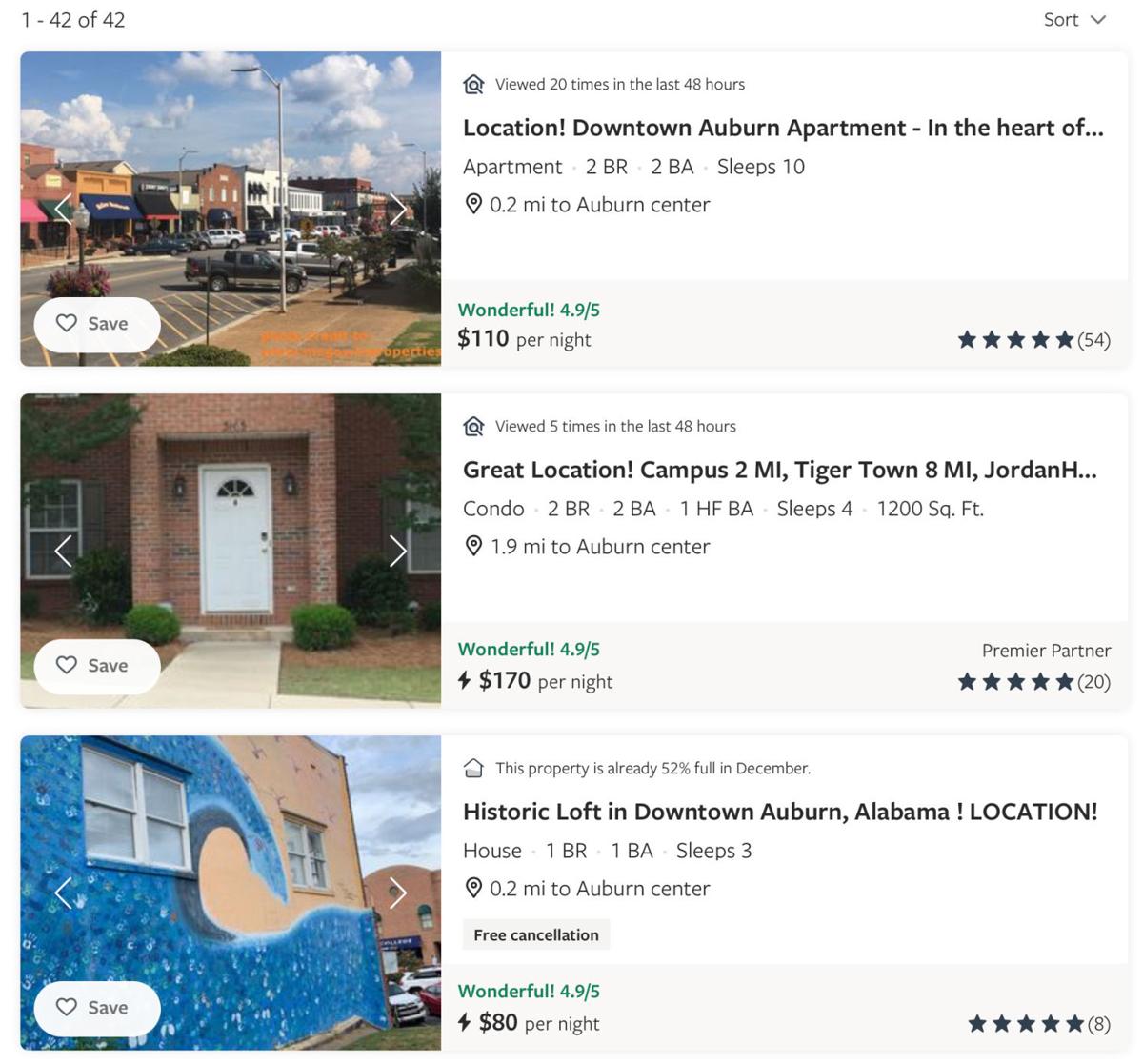 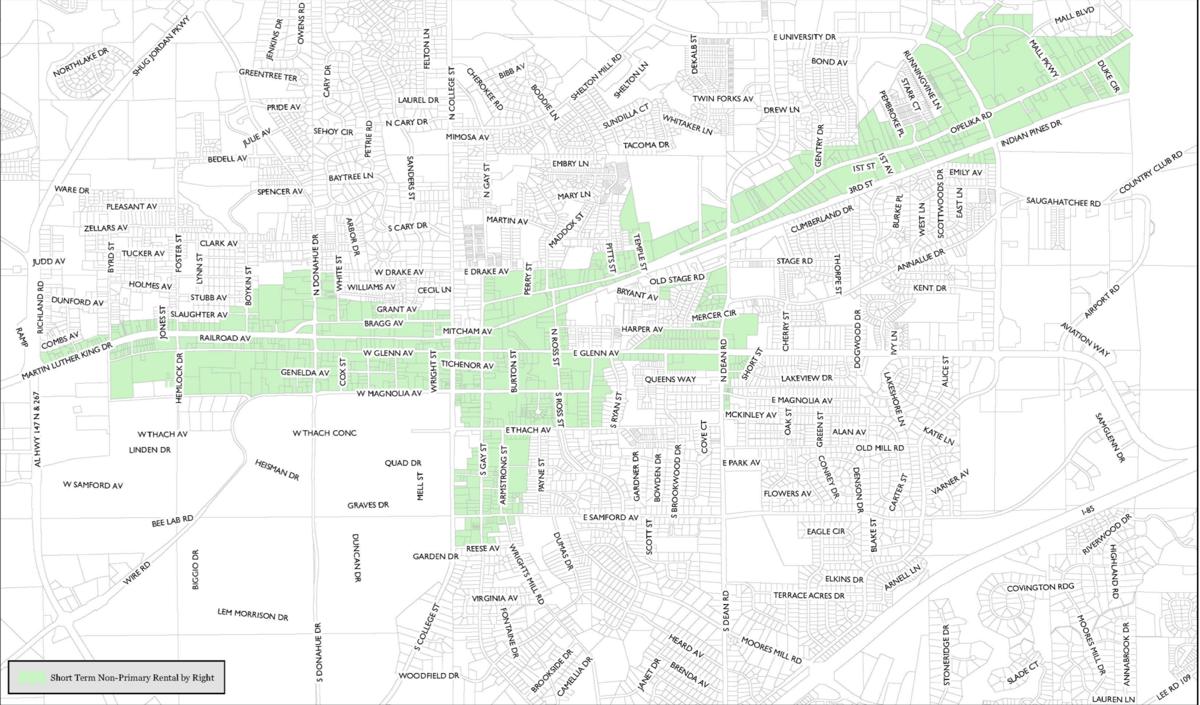 Short-term primary rentals and homestays would be allowed by right in the area shaded green under the revised proposal discussed by the Planning Commission at its work session.

Short-term primary rentals and homestays would be allowed by right in the area shaded green under the revised proposal discussed by the Planning Commission at its work session.

At its work session on Tuesday, the Auburn Planning Commission agreed with taking a more cautious approach to short-term rental regulations in the city, directing Planning Department staff to redraft the proposed ordinance to prohibit short-term rentals, like those booked through Airbnb and VRBO, in traditional family housing districts.

Under the proposed regulations, which arose from the Student Housing Task Force, the city would define short-term rentals in two ways — as homestays or as short-term non-primary rentals.

The commission agreed with the suggestion of Planning Director Forrest Cotten that the commission take a cautious, incremental approach and limit homestays to the same areas where STNRPs would be allowed by right and not permit them in single-family districts, as well as in the Comprehensive Development District, which isn't a traditional family district but does contain many established single-family neighborhoods. The commission, he said, could later come back and expand the zones where homestays are allowed.

"Let's call this phase one. You put phase one in place, you're better of than with no phase at all," said Cotten. "And then you take a step back, see how it goes, let's roll through a football season. That will give us a chance to see what we're looking at, are we getting a lot of complaints, what's going on.

"It's going to at least give you some kind of benchmark to see what's going on out there, how is this working so far. And then I think you can make a more thoughtful decision about it if you want to take that next step from a regulatory perspective or not. And quite frankly, from a staff perspective, it also allows us from a workload perspective to ease into this thing as well."

Some commission members expressed concerns about how the proposed action would affect those individuals who already offer their homes in traditional neighborhoods for rent and also voluntarily registered with the city and pay taxes.

"By legalizing this, you make it more apparent that anyone that's not this is illegal. It becomes more apparent, where now everybody is just illegal altogether, which doesn't make it any better," said Cotten. "We will find, when we use a third party, which we already contracted with, you will have the ability to see who's perfoming this activity in areas that aren't allowed when this is codified."

The commission did not voice any objection to how STNRPs would be treated in the proposed regulations. STNRPs would be permitted by right in the Urban Core/College Edge Overlay District, Urban Neighborhoods East, West and South, and in Corridor Redevelopment Districts Urban, Suburban, West and East.

STNRPs would be defined as a unit that is not a permanent residence and is leased in its entirety to one party for periods of less than 30 consecutive days. STNRPs would be limited in operation to 240 days each calendar year and would require the issuance of a zoning certificate. The zoning certificate could be revoked by the planning director after three or more substantiated complaints within a calendar year.

If the commission ultimately approves a more restrictive ordinance regulating short-term rentals, it would more closely hew to the original draft ordinance planning department staff proposed early last year. The department started working on that draft in spring of 2018 and took a more cautious approach.

The draft altered over the course of last year in response to feedback gleaned from public meetings held by the Student-Housing Task Force on the topic.

The commission will consider an updated ordinance at either its February or April meeting.