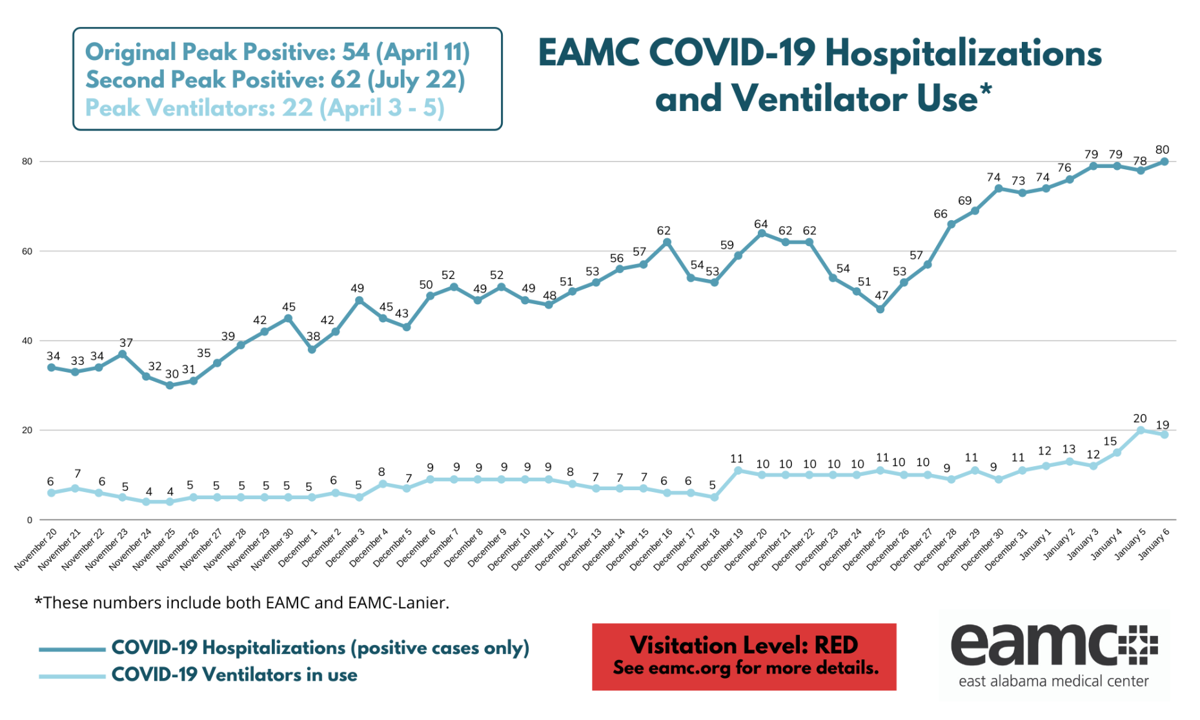 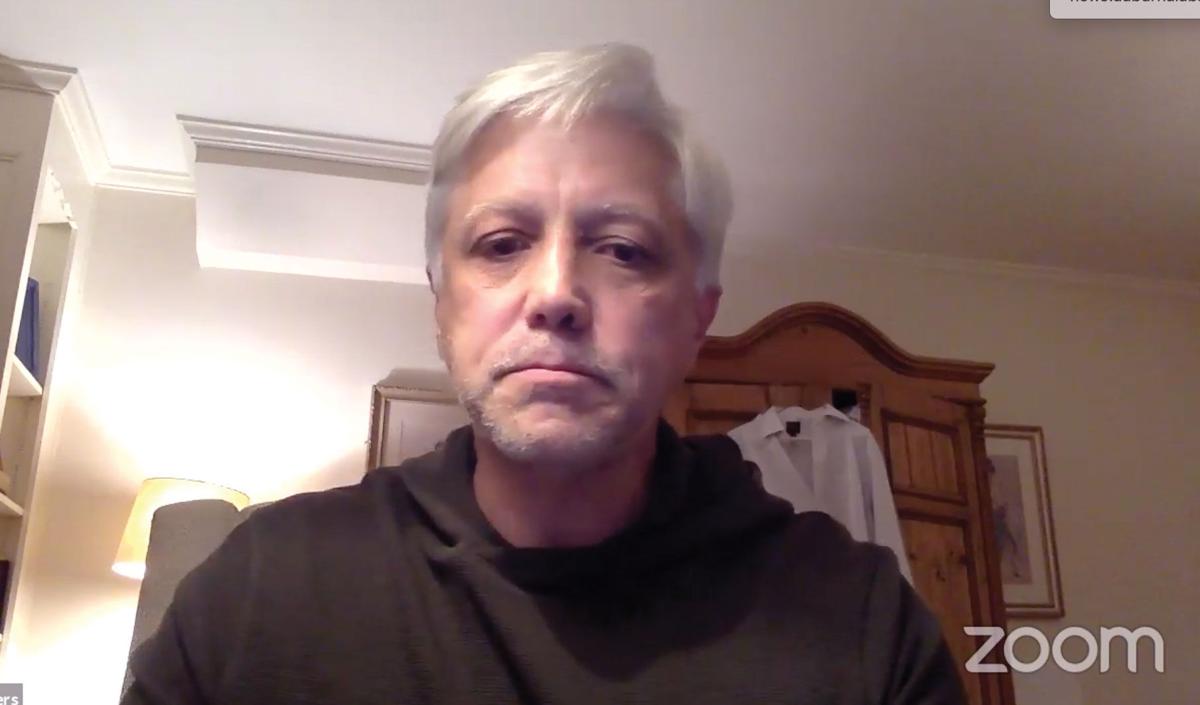 As the Covid-19 pandemic stretches its legs into the new year, it's showing no signs of going away as it wallops the country harder than at any point since it began in March.

The nation, state of Alabama, Lee County residents and the front-line healthcare workers at East Alabama Medical Clinic have been dealing with the impact of the pandemic for almost 10 months, a wearying battle that is poised to continue at least through the summer.

At EAMC, the pandemic peak for hospitalizations has rocketed past previous highs of 54 and 62 on April 11 and July 22, respectively, and shows no signs of stopping its upward climb. As of Wednesday, 80 patients were hospitalized at EAMC and EAMC-Lanier, slightly down from Sunday and Monday's new peak of 79. The number of patients on ventilators has jumped dramatically as well, rising to 20 on Tuesday before falling to 19 on Wednesday, the highest marks since April 7.

“Of the 257 patients hospitalized this morning, 80 of them were battling COVID-19; that’s nearly one-third of our total patient census," said John Atkinson, EAMC spokesman, in a release on Wednesday. Atkinson added that the caseload of Covid-19 patients in the emergency departments at EAMC and EAMC-Lanier has increased significantly, with about half of each campuses' visits related to the virus. "Over the past week, we have averaged about 136 patients a day in the Opelika campus ED and conducted an average of 63 COVID tests a day. About 23 percent have been positive.”

The situation is changing so rapidly that EAMC has decided to share its hospitalization and ventilator patient numbers every weekday on social media.

Covid-19 also continues to hit civic leaders in the community, as the city announced Monday that Auburn Mayor Ron Anders had tested positive for the disease over the holiday weekend.

Anders' symptoms appear to be mild, as the mayor took part in Tuesday night's City Council meeting and didn't exhibit any telltale signs of the disease.

"I look forward to getting back to work for Auburn in person in the very near future, once I have tested clear," Anders said in a news release.

"Talking about where we are right now with Covid and what's going on in our hospital — and the situation I'm currently in is very personal — I would just say to our community that this is real," added Anders on Tuesday night. "Those beds are all filling up at East Alabama Medical Center and these are going to be a crucial few months that we're about to live in. It's very important for all of us to do everything we can starting right now to be as careful as possible and to live as respectfully as possible so that we don't infect others that we care about and that are around us, and that we do the right thing each and every day.

"Please be mindful of this very delicate world we're living in right now, and that delicacy is certainly alive and well in Auburn."

On Monday, EAMC president and CEO Laura Grill addressed the impact that Covid-19 deaths, which so far number 139 at EAMC and EAMC-Lanier, have had on the community and workers at the hospital, who she said are tired after battling the pandemic since mid-March.

"Just stop and think about this staggering number for a minute — 139 lives lost to COVID-19 in just one organization (EAMC and EAMC-Lanier)," she said in a column that appears in full on the Villager website. "And many more who have recovered will still have lingering, and even life-altering, effects from the virus.

"I’m still blown away by how by so many people have become numb — and even belligerent — to Covid-19. Our clinical team is tired, but they press on.

"We just ask that you please help us help you, your family and your community so that we do not have to say goodbye to 139 more."

Lee County has had close to 11,000 cases of Covid-19 since the pandemic began, with 1,354 or roughly 12 percent coming in the last 14 days as of Thursday morning. Lee County has reported 75 deaths, according to data from the Alabama Department of Public Health.

With hospitalizations climbing dramatically and resources and space becoming limited at EAMC, the hospital announced that its Emergency Services team has set up care areas outside the hospital to "accommodate the influx of patients" with Covid symptoms.

"Visitation in the Emergency Department is limited to one person per patient, but visitors are not permitted in the waiting areas. Visitors will be notified by phone when they are able to join their patient in an ED room/care area. All visitors are screened for COVID symptoms prior to entering the ED," stated the release.

EAMC also reminded the public that it can schedule an appointment by calling its hotline at 334-528-SICK. 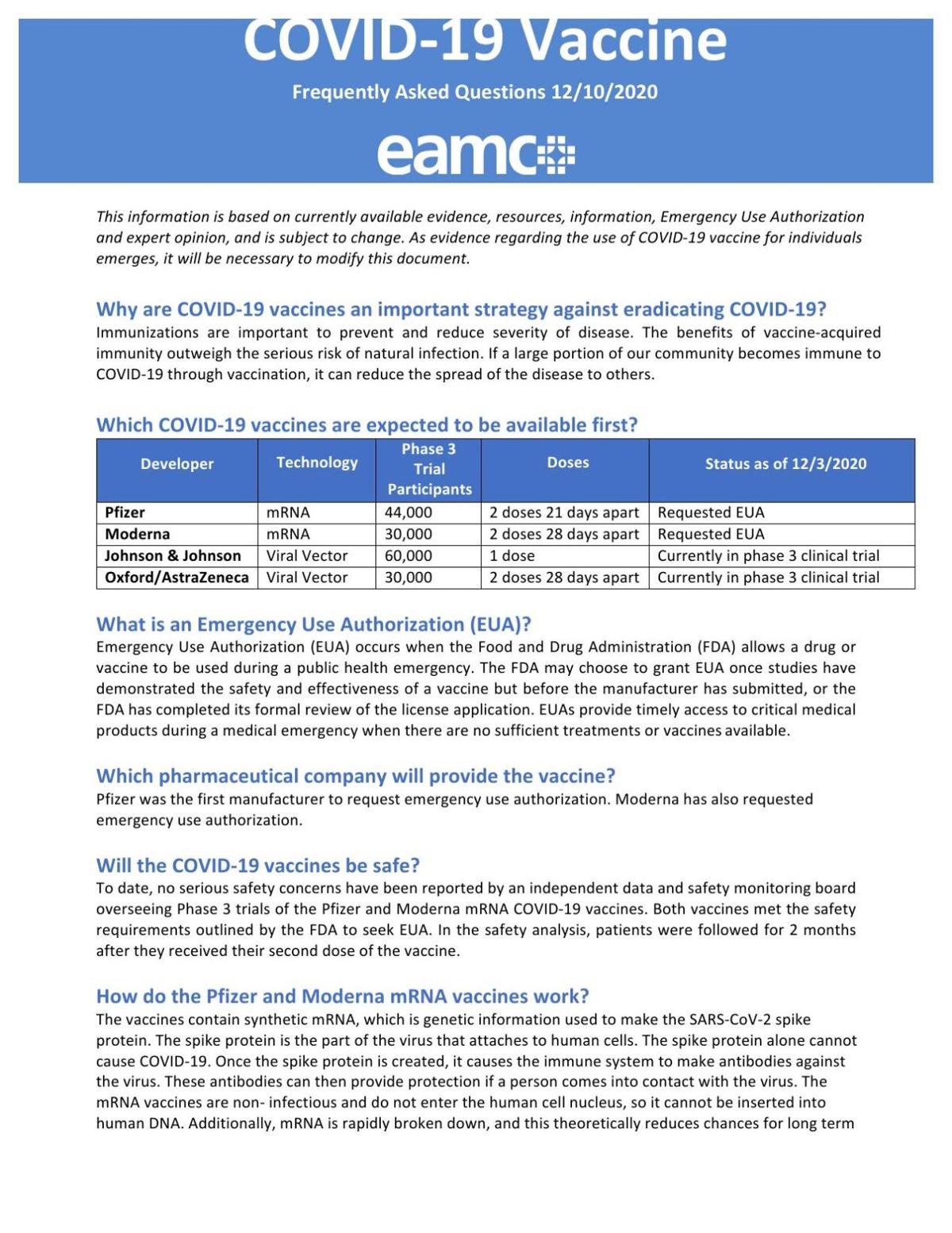