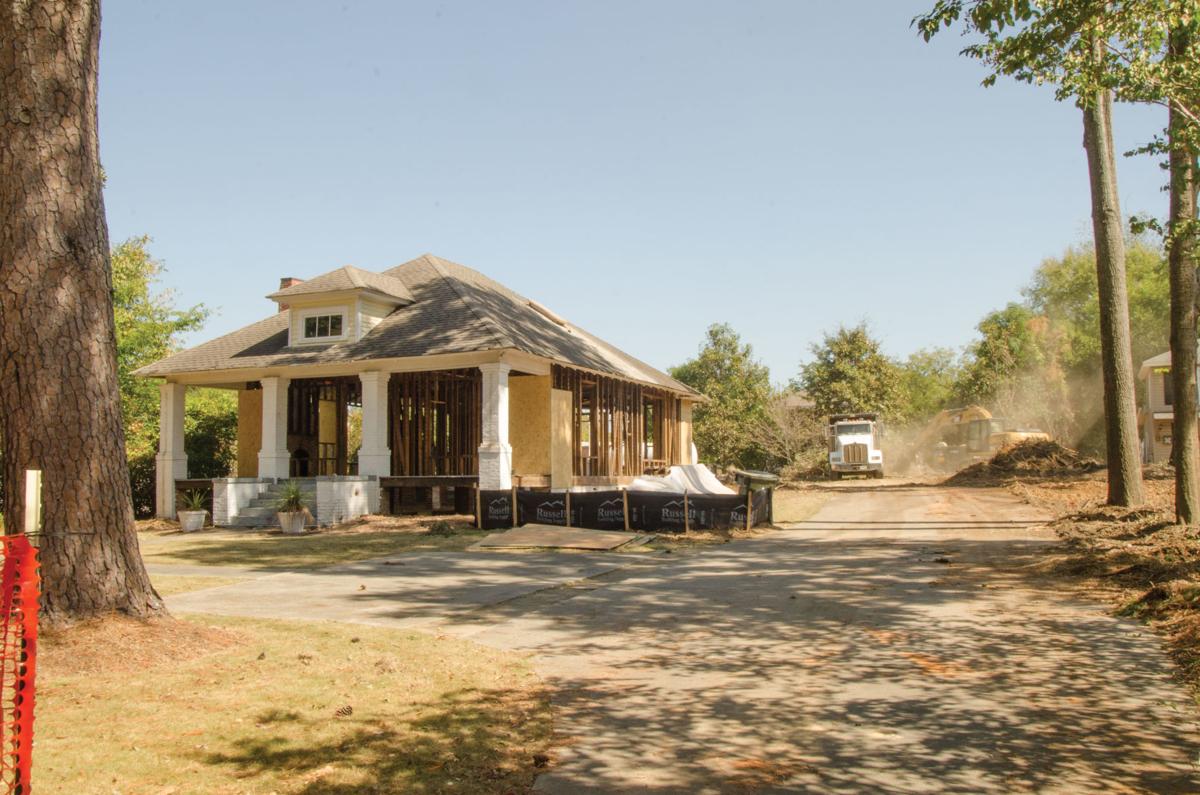 The Champion House in the North College District after the siding was removed in October. The Historic Preservation Commission denied a demolition request on Tuesday 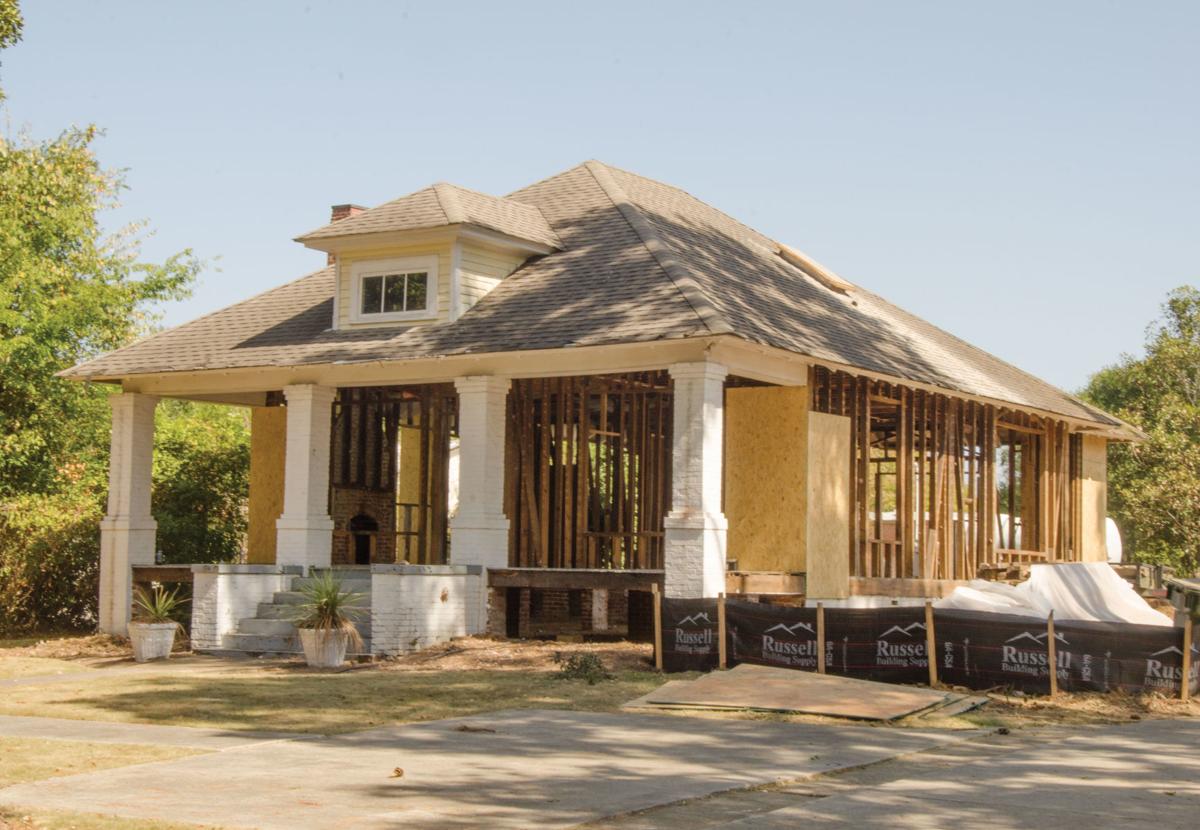 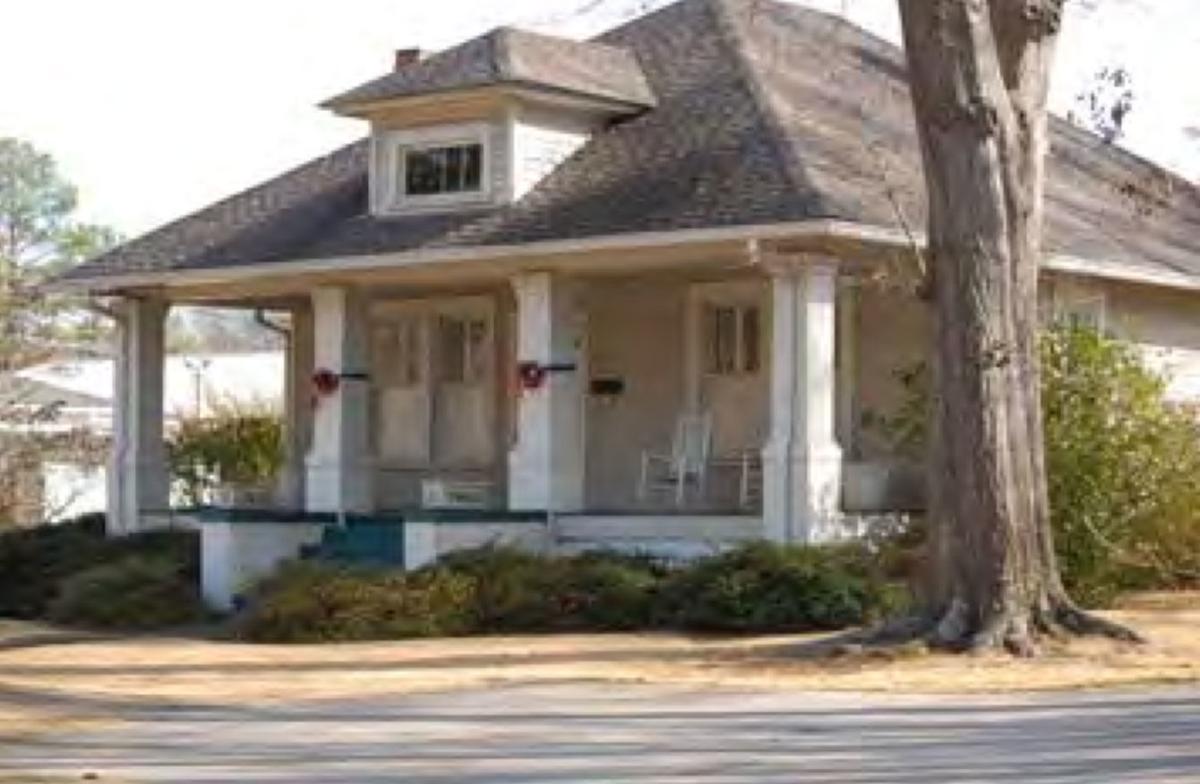 The Champion House in the North College District after the siding was removed in October. The Historic Preservation Commission denied a demolition request on Tuesday

Construction work on the Champion House, a 1922 one-story wood frame Craftsman bungalow in the North College Historic District, has run afoul of the city’s historic district review process, according to a Planning Department memo sent to the city manager.

Workers removed all of the siding from the house, located at 422 N. College St., essentially “gutting … the structure to the studs,” according to the memo to City Manager Jim Buston from Principal Planner Thomas Weintraut, who serves as the Planning Department representative on the Historic Preservation Commission.

Removing the siding is considered Major Work under the Historic Preservation Commission’s Design Review Standards and requires review by the commission and the issuance of a Certificate of Appropriateness.

The concern is that there is nothing of historical value left of the original structure and that the Champion House could become a non-contributing structure in the historic district.

The owners of the Champion House, David and Susie Pearson, were represented by Dan Bennett, the couple’s architect and a member of the city’s Downtown Design Review Committee, at the June meeting of the HPC. The commission issued a Certificate of Appropriateness for the removal of the mid-20th century rear addition and the construction of a new rear addition with a three-car garage, as well as minor work to the foundation and front yard.

“Neither Mr. Pearson nor Mr. Bennett mentioned the removal or replacement of any exterior siding beyond what was damaged, most notably, all the exterior siding,” Weintraut wrote in the memo, which further states that a permit from the city’s Inspection Services Department is required to repair or replace siding valued at an amount greater than $100. The owners failed to get the appropriate permits to remove the siding.

“The only comment that I want to make is that we have every intention of complying with every rule that we’re told to comply with,” said David Pearson. “We have no intention of breaking any rules or doing anything at that house that is not approved"

Once work began on the inside of the house, Bennett said he realized that there was no sheathing, which prompted the removal of the siding.

"One, that’s a code violation. But if you do more than a 50 percent renovation, restoration, you’ve got to bring the building up to code, and so that’s why the siding was removed," he said. "My mistake was not calling (Weintraut) and asking him about it. The reason I didn’t is because the house across the street has done the exact same thing. Nobody said a word about that, and that’s a council member’s house. I assumed it was OK, and that was my mistake.

"But I would still argue that I can’t in good conscience recommend to the client that we don’t bring the building up to code even if the codes official would allow it, which I doubt they would. That’s why it was removed."

Bennett added that he kept samples of the siding that was removed, and that they plan to mill new siding, attach sheathing on it and come right back with "the exact same material in terms of dimension, size and grain samples to match the original."

"Once it’s done, you won’t even be able to tell that it was ever removed," he said. "The owners are going to spend well over  $1 million on that restoration. It’s going to be something the city’s proud of. Once it’s finished, it’s going to look as good or better as anything on North College."

The homeowners also did not seek or get the commission’s approval for extensive work to the property’s landscape, which included the removal of multiple large trees, according to the memo. The city’s Design Review Guidelines states that “any alteration/addition/removal of gardens, planting beds, or shrubbery affecting an area greater than 50 percent of the front yard area from the house face is classified as Major Work."

Bennett explained that the trees had to be taken out to get the property radius for the driveway to turn into the planned garage.

"All of that is going to be replaced," he said. "It won’t be the big oak trees, but we just couldn’t get the driveway in. It was either have the garage face the street, which is unacceptable, or take that landscape out."

Arborvitae trees, which can grow to 30 to 40 feet tall, will be planted and used as a screen on the south property line, added Bennett.

"I would just say that I’ve done five or six projects like this in my life, and we’re not going to do anything that the historic commission does not want us to do. We’re following the instructions to a T," he said.

The city's Inspection Services Department issued an official Stop Work Order for the property on Tuesday until everything is brought into compliance.