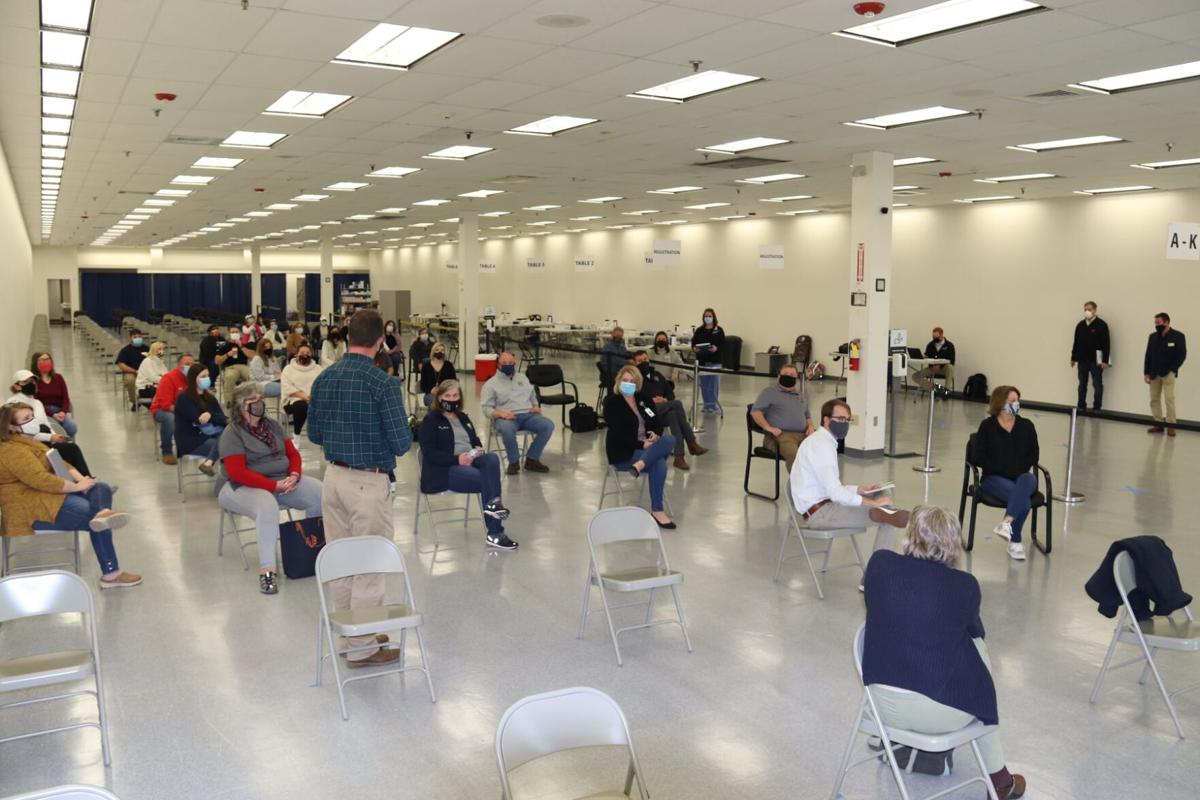 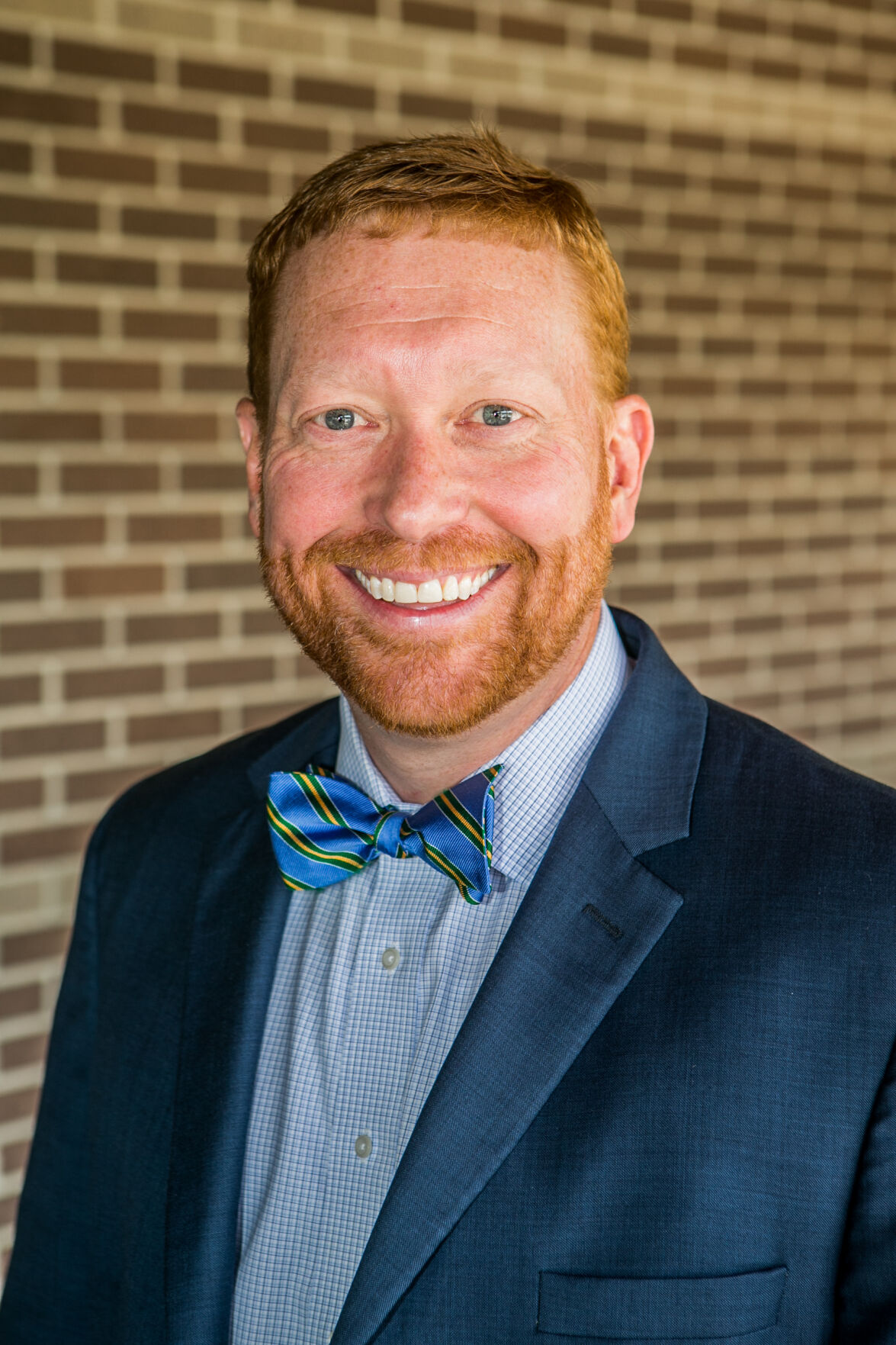 The East Alabama Medical Center's Community Vaccine Clinic will soon wind down operations as requests for appointments have reached a plateau, according to news release issued by the hospital on Monday.

As of last Friday, the clinic had administered more than 72,000 doses of Pfizer's Covid-19 vaccine since it first opened on Feb. 1 during a time when the area was going through the worst surge of the pandemic and EAMC hospitalizations still hovered near 70.

The clinic itself represents a monumental effort by the Auburn-Opelika community to pool its resources to get Covid-19 vaccine doses in as many arms as possible.

EAMC, one of the first entities to start vaccinating people in the state, started administering Pfizer doses to the first wave of eligible citizens in December at its Education Center on Pepperell Parkway, where it was administering fewer than 500 doses a day. It quickly became apparent that the center could not accommodate the scale of what was needed for the community.

"We realized quickly that we needed to do a whole lot more than we were doing," said Chuck Beams, executive director of pharmacy services at EAMC. "The flow of people and the way that building was laid out was just a challenge."

EAMC had already held some mobile vaccine clinics around the area and saw what could be possible with a larger venue, but knew it couldn't pull it off on its own.

"We also knew at that time that we couldn't do it alone and that we were going to have to have partners," said Beams, who added that he took the idea of bringing in Opelika Mayor Gary Fuller and Auburn Mayor Ron Anders to "help shoulder" the effort to EAMC president and CEO Laura Grill, who signed off on the move.

So Beams reached out to Fuller and Anders, and the three met on Jan. 20 along with EAMC vice president Bruce Zartman in Fuller's office, where Beams laid out what EAMC needed to make the vaccine clinic a reality — including securing a building for the clinic as well as staff from both cities to help support the effort.

"Without a second of pause, they both said 'we're in' and they both committed to make it successful," said Beams. "And really, the partnership is where we found the magic."

Neither mayor knew going in what the meeting would entail, said Anders.

"It was nothing more than an idea and kind of a plea for help," he said. "We particularly talked about where's there available space where you could mobilize a lot of people to vaccinate a lot of citizens."

Anders took the information from the meeting back to former City Manager Jim Buston and then-incoming City Manager Megan McGowen Crouch to figure out what the city could do.

"We decided that day that this was important for Auburn to dig as deep as we had to dig to make this happen," said Anders. "If you think about one of the most important things that city government could do to assist its citizens at this time in our world, it was to expedite as many vaccines as possible."

Led by Crouch, the city began evaluating possible locations, including retail space and churches before landing on the former Tuesday Morning space in Market Square Shopping Center and negotiating a "very favorable deal," according to Anders.

"It's going to cost us money, but it's in the best interest of our community," he said.

As of last week, Auburn's contribution, not including personnel costs and people pulled from the Public Safety Department, was about $100,000, according to David Dorton, director of public relations for Auburn.

To make the building as accessible as possible, the city reached out to local contractor Don Allen to help with a number of projects, said Anders.

"He stopped what he was doing and came out there and provided the expertise and the ability for us to get those projects done, and I'm very grateful to Don," he added.

Beams also mentioned how quickly the clinic came together once a location was found.

"When we went over there Monday, they were pouring concrete where the steps are, they were putting a door on the front," said Beams. "They worked all weekend and cleaned the building up and emptied it and stripped and waxed the floor. "

The volunteer and staffing effort was widespread. Rosanna McGinnis, library director in Opelika, shifted her attention toward helping the clinic, while Auburn United Methodist Church helped schedule volunteers from the community to help coordinate people coming in for vaccines.

Both Beams and Joe Davis, AUMC's director of mission and outreach, praised McGinnis for her work.

"Without her efforts, the church would not have been able to do all the coordination and stuff on our own," Davis said.

AUMC already had the online infrastructure in place to schedule volunteers and adapted it to meet the clinic's needs. Volunteers would work shifts in exchange for receiving the vaccine. Volunteers are still needed, too. Those interested can sign up at https://app.vomo.org/project/vaccination-site-volunteers.

Many volunteers expressed how moving it was to see the happiness on people's faces when they received the vaccine.

"It was incredible," said Davis. "Everyone who's come through has been willing to help however we needed it."

The clinic also pulled in nursing students from Auburn University, Southern Union and Tuskegee University and students from VCOM to help administer shots, as well as other university experts who offered advice on how to improve the operation to the point that, now, the clinic can easily administer 1,500 doses a day, said Beams.

"This is the analogy I use when I describe it — it is the closest thing to a Chick-fil-A drive thru that I've ever seen," said Beams. "You go up, you wonder whether I should get in this line or not, and then the next thing you know they're bringing you your bag, and so we're proud of that."

The clinic was like a well-oiled machine, with the entire process for those getting the vaccine lasting under 30 minutes.

Beams added that the biggest challenge for EAMC was the vaccination preparation because of the more stringent requirements of the Pfizer vaccine. He said retired pharmacists and those at EAMC would help early in the morning to prepare the vaccine vials and shots for the day.

EAMC also administered the vaccines for free, opting not to charge an administration fee to insurance companies, which would have made the vaccination process more cumbersome.

Beams also singled out the hard work of the Auburn and Opelika Chambers of Commerce, which stepped up with restaurants and helped feed the many volunteers that came through the clinic every day.

"There's not a day that's went by where there weren't meals that were brought in the back door of that building for all the workers," he said. "It's a great story. It's a great testimony of how this area is just special."

Area residents are still encouraged to sign up for a vaccine as soon as possible. Vaccine eligibility was recently expanded to all people ages 16 and above.

To sign up for vaccine at the Community Vaccine Clinic, go to eastalcovidvaccine.com.

"All I care about is that people are able to go get their vaccinations," said Anders. "The quicker people can get vaccinated, the quicker we can all return to a normal way of life."