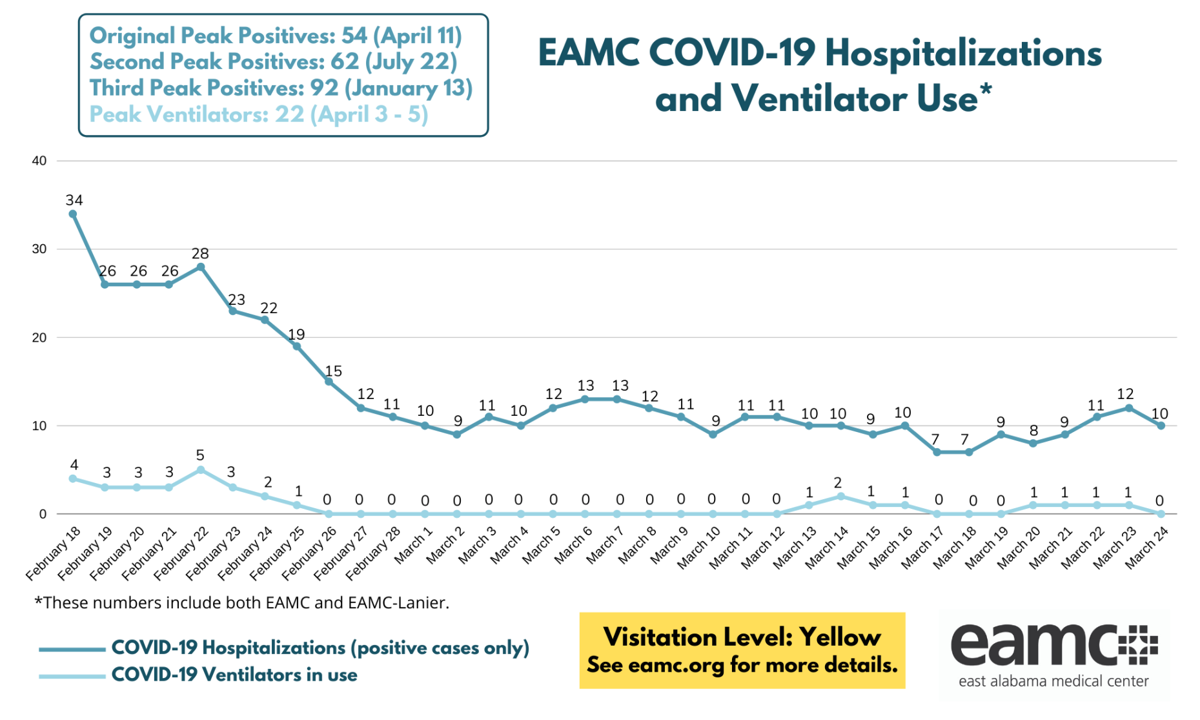 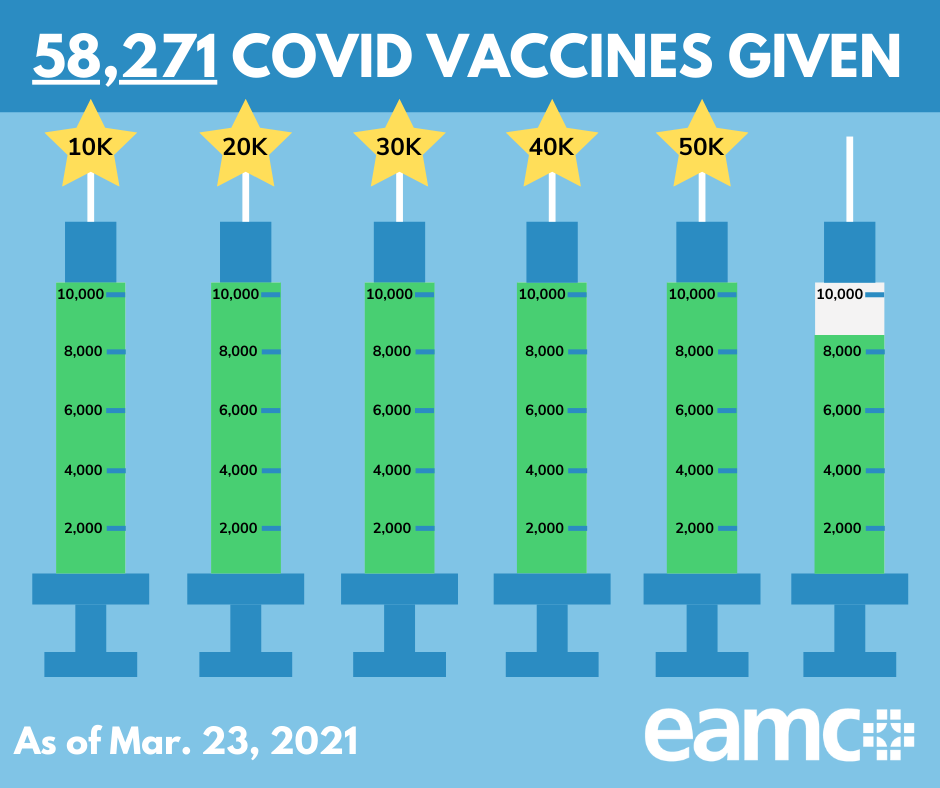 As the rate of new cases in Lee County and hospitalizations at East Alabama Medical Center remain relatively low and steady, EAMC announced Wednesday that it would scale back operations at its Community Vaccine Clinic.

The Community Vaccine Clinic, located in Market Square Shopping Center on Opelika Road, will now be open Monday through Thursday starting next week, according to a news release from EAMC, which also noted that the clinic is administering about 1,500 doses a day, up from its initial goal of 1,000. Nearly 60,000 vaccine doses have been administered through the clinic so far.

About 24,700 Lee County residents have completed their vaccine series as of Thursday, according to Alabama Department of Public Health data, with about 27 percent of Lee County's 133,571 residents having received at least one dose.

As of Wednesday, 10 patients with Covid-19 were hospitalized at EAMC and EAMC-Lanier, roughly the same number of patients hospitalized with the disease on any given day since late February.

The number of patients recently diagnosed with Covid-19 in Lee County has remained low as well, with only 250 new cases in the past 14 days, or less than 2 percent of the 15,355 cases in the county since the pandemic began in the area just over a year ago.

The state of Alabama recently expanded vaccine eligibility to people 55 and older, those with intellectual and developmental disabilities and those who fall under Phase 1c of the state's allocation plan. To see if you meet the current eligibility requirements, go to www.adph.org.

The vaccination effort has also continued at Auburn University, which has administered 6,424 first doses and 5,240 second doses.

The Alabama National Guard has also been activated to help with the vaccine effort in rural counties.

Pre-registration is not required and the clinics will be open from 9 a.m. to 5 p.m.

The ADPH is also encouraging those eligible who want a vaccine to take advantage of a drive-through clinic in Montgomery on Monday. The clinic will be located at 4107 Marlyn St., will administer shots on a first-come, first-serve basis, and will open at 9 a.m. It will remain open until all allocated doses have been distributed.