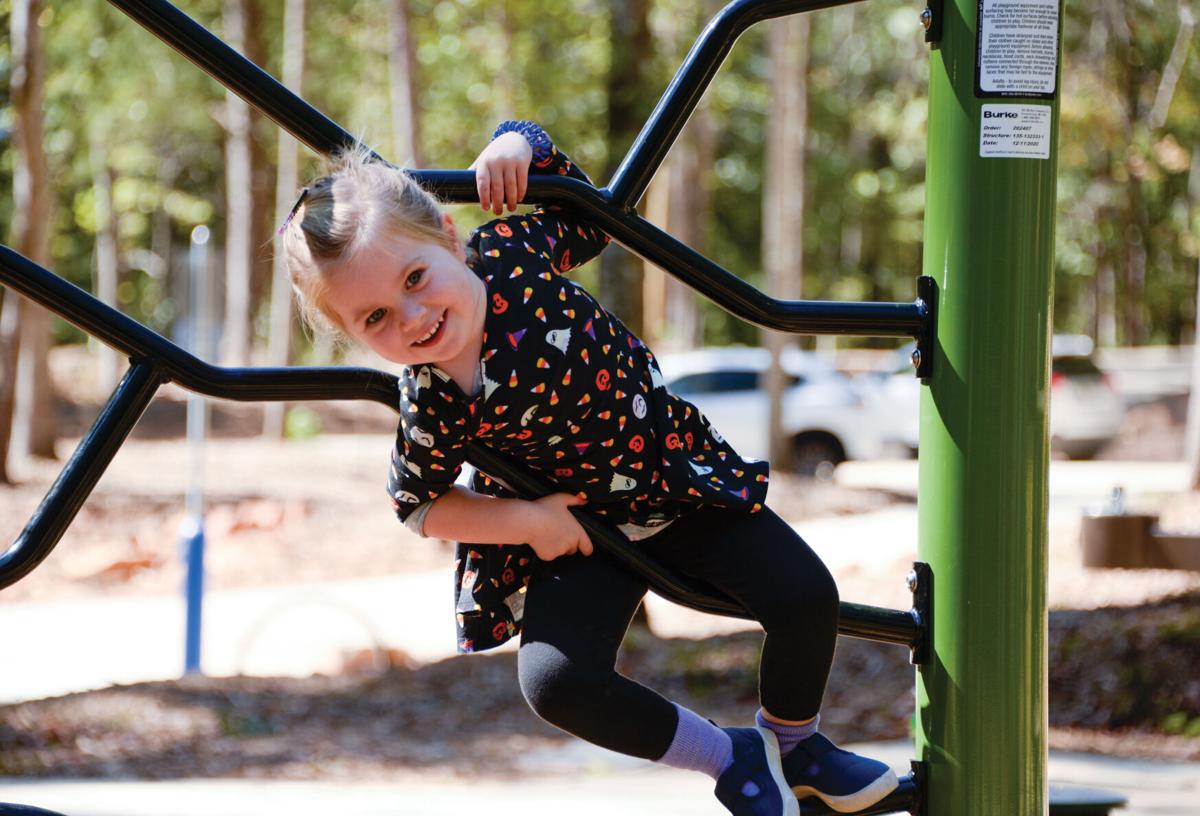 Evelyn Cutts, 3, enjoys hanging around on the new playground equipment at Dinius Park 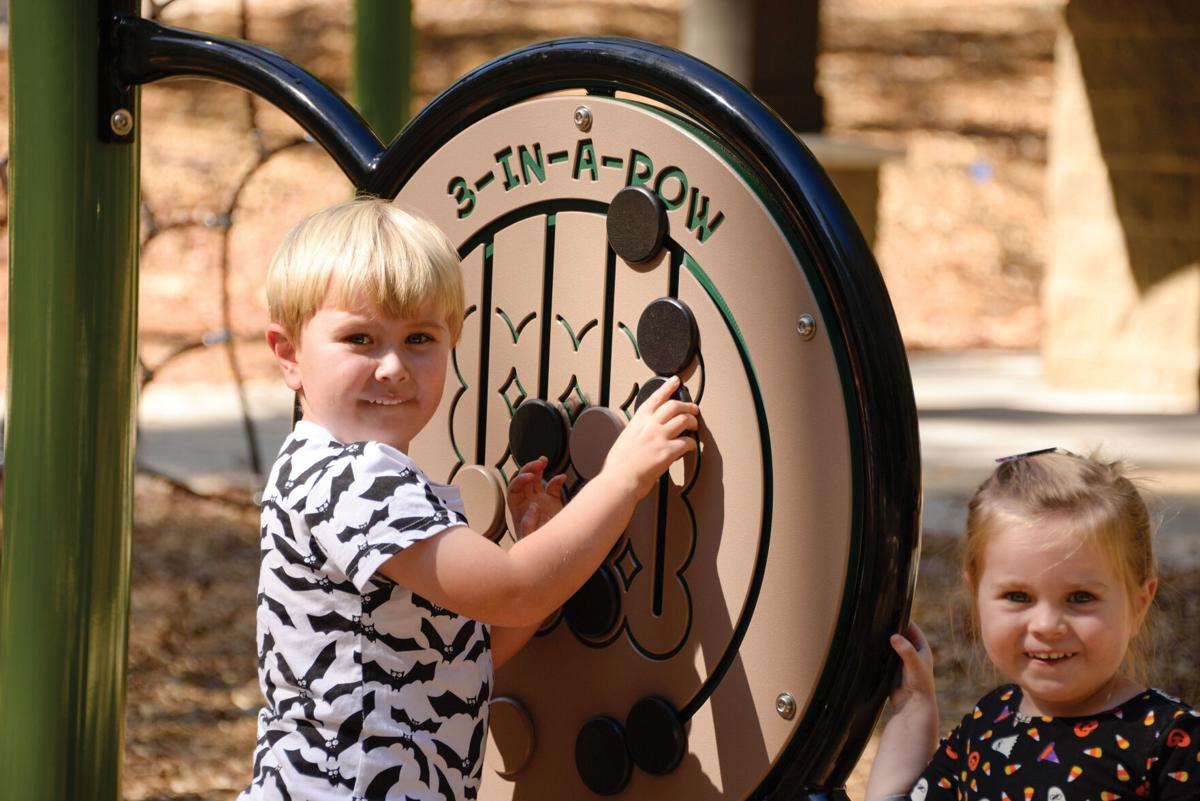 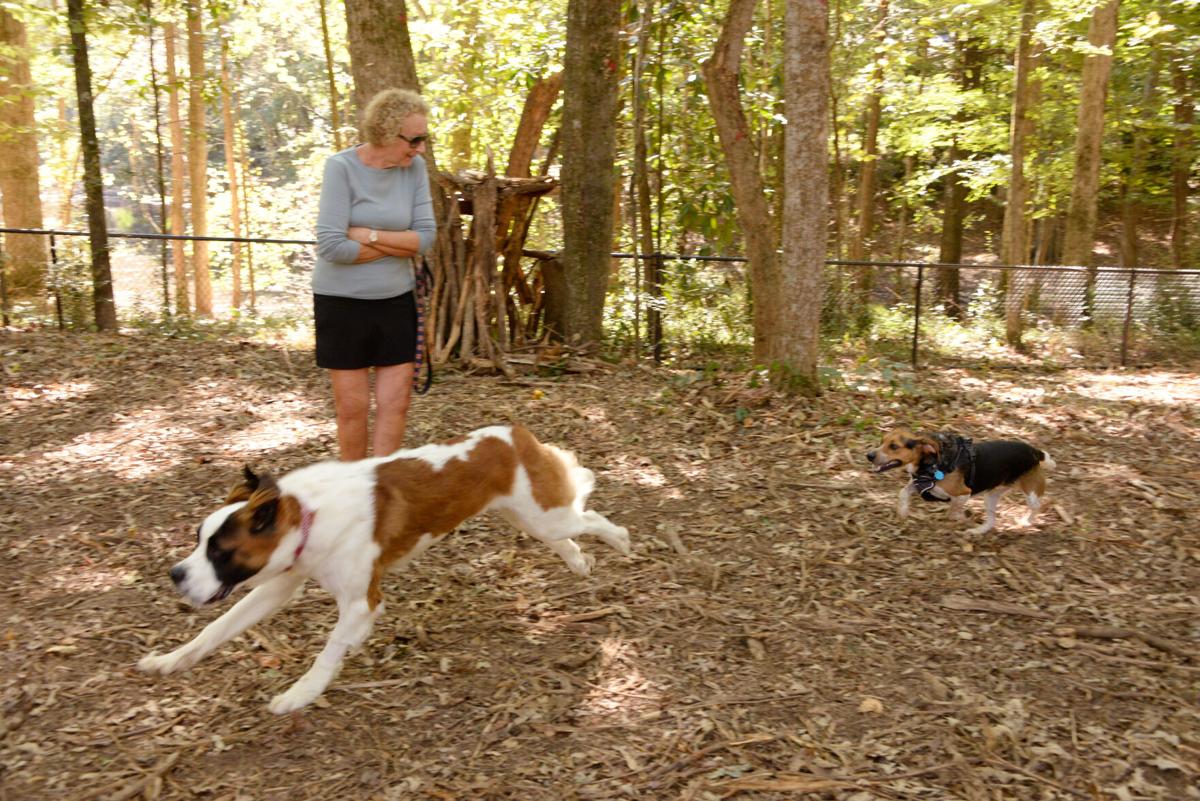 Evelyn Cutts, 3, enjoys hanging around on the new playground equipment at Dinius Park

Auburn residents now have a new locale to stretch their legs, enjoy nature and let their furry friends burn off some extra energy after Dinius Park opened to the public last Friday.

The passive park offers a number of amenities, including small and large dog parks, a pond, walking trails and playground equipment for the kids.

The park has already been a big hit for residents, who said they enjoy its central location and the addition of another outdoor option.

"I think it's huge for us," said Sam Cutts, who brought her children Aiden, 4½, and Evelyn, 3, with her to enjoy the park for the first time on Tuesday. "Having two young kids, they have a lot of energy, and we want to be outside as much as really we can be. And so it just gives us another option. Some of the other parks seem to be a little bit farther away from us; this one is a little bit closer, which is also nice. It's kind of in the heart of things."

Auburn resident Eric Ojeda brought his 2-year-old son, Joseph, to the park for the second time since it opened last week. He also mentioned the park's location as a plus.

"I love that it's pretty close to the center of town," he said. "All the trees, they didn't raze everything.

"We used to go out to the nature preserve, and we really liked walking around there, but it's a little bit closer here."

Deb Lacey drove over from Opelika, bringing her 3-year-old beagle, Blue, to burn off some energy and enjoy one of the two dog parks.

"I think it's great," she said of the park. "I think it looks fabulous with all the shade."

The park was made possible by a generous donation from the Dinius family, who gave 13 acres and $800,000 to the City of Auburn for the park's construction. So far, the project has cost about $878,000 to build.

The City will have to spend a little more for a few items at the park, including for a small pavilion overlooking the pond and the boardwalk, said Becky Richardson, director of the Parks and Recreation Department.

"It's right in the middle of a lot of neighborhoods, with everything ranging from young families to retirees, so it's serving a lot of different folks," she said.

The City is waiting on the pavilion and some picnic tables, which are backordered, and plans to install more playground equipment, as well as finish the parking lot.

"So far, we have been very pleased with the response that we've gotten from the public," said Richardson. "We think with another few items that we need today that that will make it even more appealing to them."