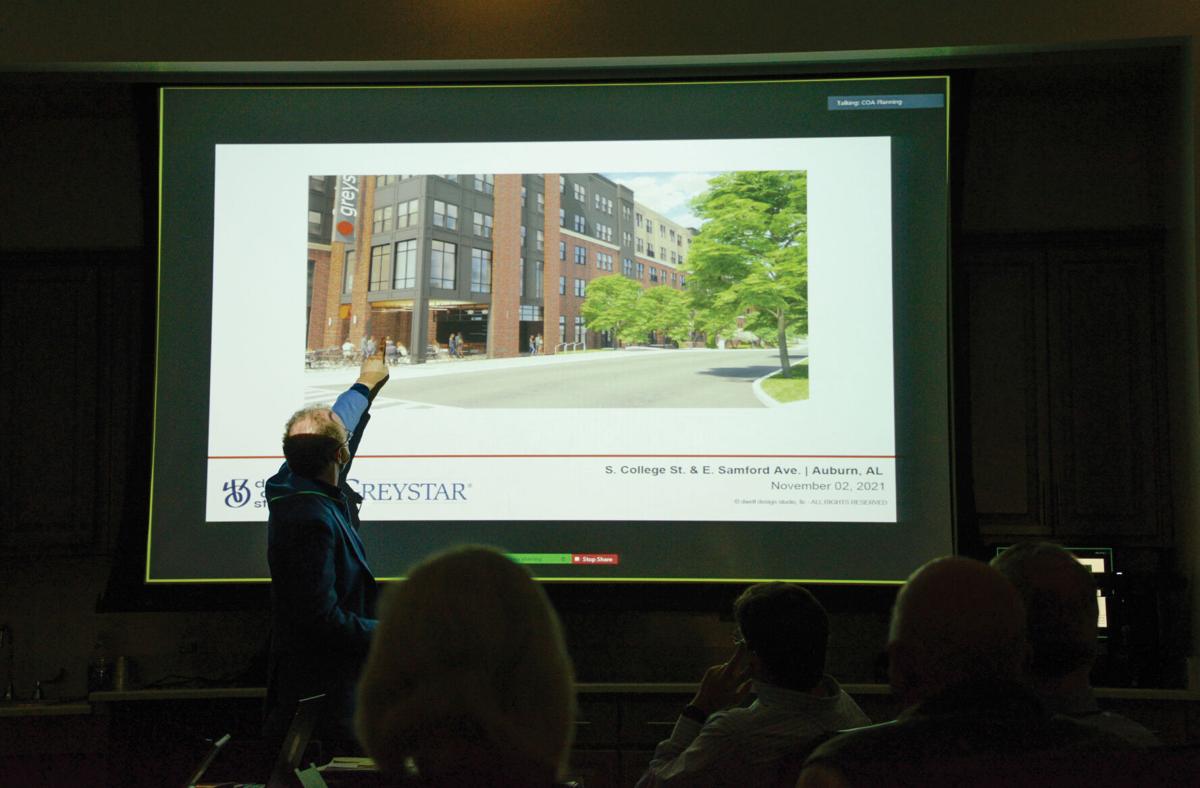 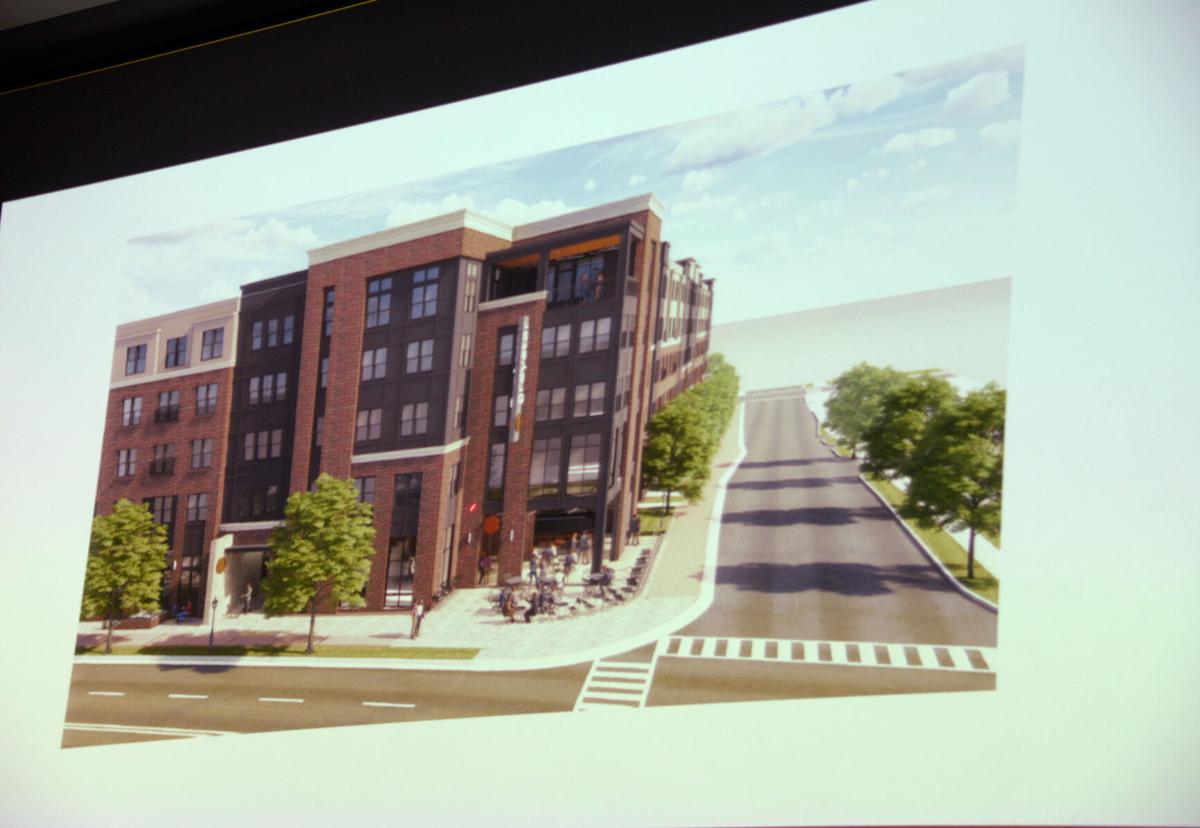 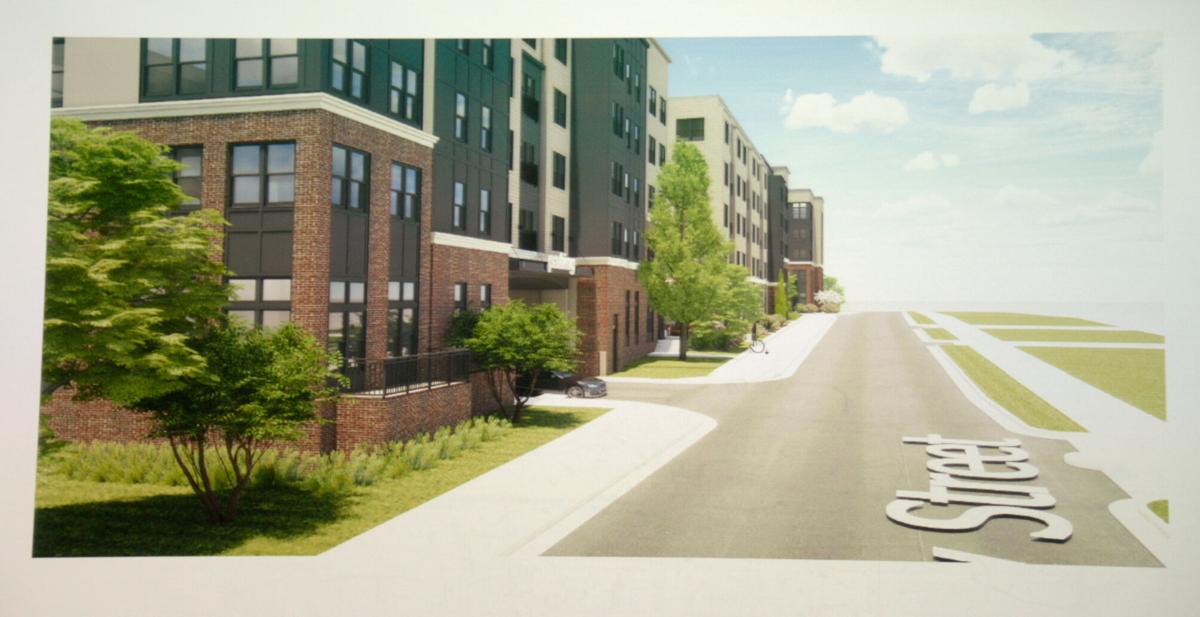 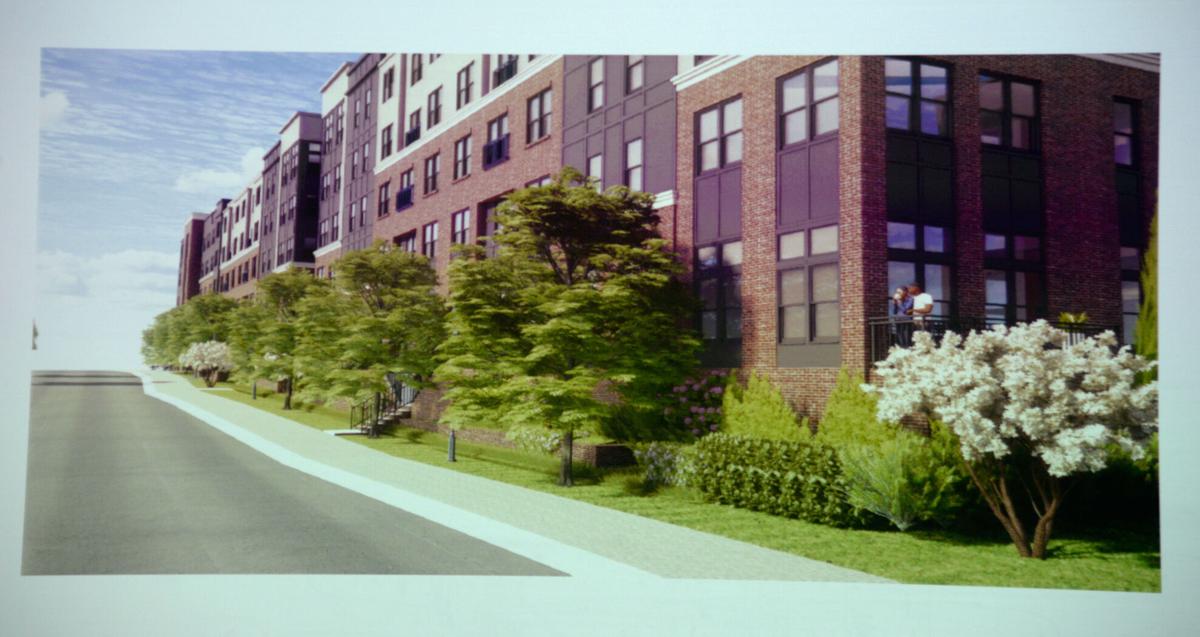 At its meeting on Tuesday afternoon, the Downtown Design Review Committee reviewed plans for the Heart of Auburn project, which will redevelop a large swath of land along Samford Avenue into a sprawling residential development.

The Heart of Auburn project will bring 423 units with about 734 beds south of the current commercial component that includes CVS Pharmacy. All by one parcel at the corner of Samford Avenue and South Gay Street will be redeveloped.

The Heart of Auburn will offer market-rate units — studio and one-, two- and three-bedrooms — and will not rent by the bedroom. There is no public retail component in the project.

"It's not purpose-built student housing," said Brett Basquin of Foresite Group during the DDRC's meeting in October. "It's a market-rate deal."

The DDRC reviewed  the project in October, suggesting improved designs and approaches for the corner of South College and Samford, and the addition or expansion of stoops for ground-level units along College, Samford and Gay Street, among other suggestions.

Representatives of Greystar, the developer of the project, and its design firm, Dwell Design Studio, incorporated the DDRC's suggestions into design changes and reconfigurations.

"Not only will we be the developers, we'll also be the construction company, so we pride ourselves on having a turnkey operation," said Rick Tripp, managing director of construction for Greystar, during the first DDRC meeting in October. "This is going to be one of our flagship multi-family deals. It will have, obviously, residents of all ages."

The revised plans include more public space on the South College-Samford corner, the addition of more brick along that South College facade, as well as incorporation or expansion of stoops for ground-level units on College.

"First and foremost, we've carved out a covered open space in the building to expand the public space on the corner of College and Samford," said Jay Silverman of the architectural firm Dwell Design Studio. "As we go around the development, we've developed a little bit further the stoops along College. I think the group had asked us to make those as wide as possible and take them out to the sidewalk."

The firm also developed a plaza space at the retail entrance separating the northwest corner of the planned main building and the existing retail building that houses Taziki's.

The project will also raze and redevelop the location where Newk's currently resides, replacing it with a second residential building separate from the main building.

In response to the DDRC's requests at the first meeting, the firm flipped the leasing and amenity space away from the South Gay frontage and oriented it toward the parking area behind the building, which created residential units with stoops along South Gay.

The firm also incorporated connected stoops to units off of the planned courtyard area on Samford.

The DDRC seemed generally pleased with the changes.

The project developer and city officials also discussed the widening of South Gay Street during the time between the two meetings, which will extend the center turn lane all the way to the current entrance into the existing commercial component of the Heart of Auburn. That change prompted  a redesign of the streetscape and the DDRC's focus on street trees and wells along the planned eight-foot South Gay sidewalk.

"This is a really long building," said DDRC member David Hinson. "And to have no street trees along that edge is going to get a pretty negative public reaction, so I would encourage the design team to find some way to solve that problem."

Silverman posited one possible solution — placing tree wells along the sidewalk opposite those areas of the building that don't include stoops, but do include more green buffer space between the building and sidewalk.