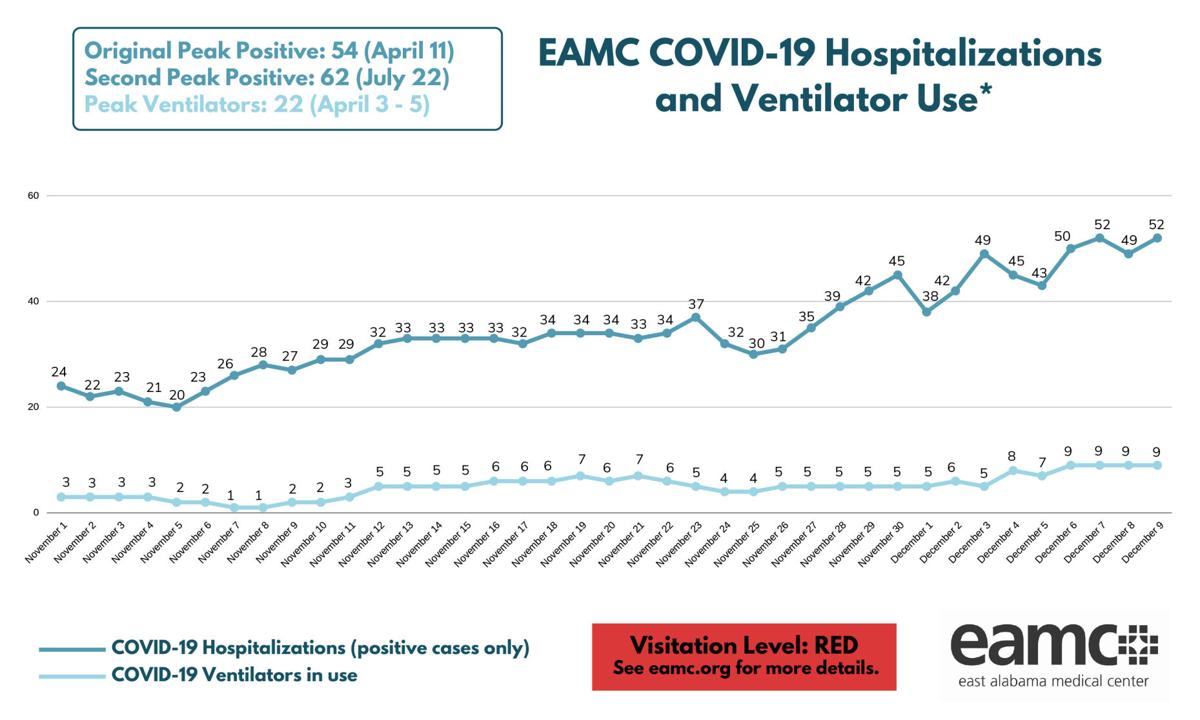 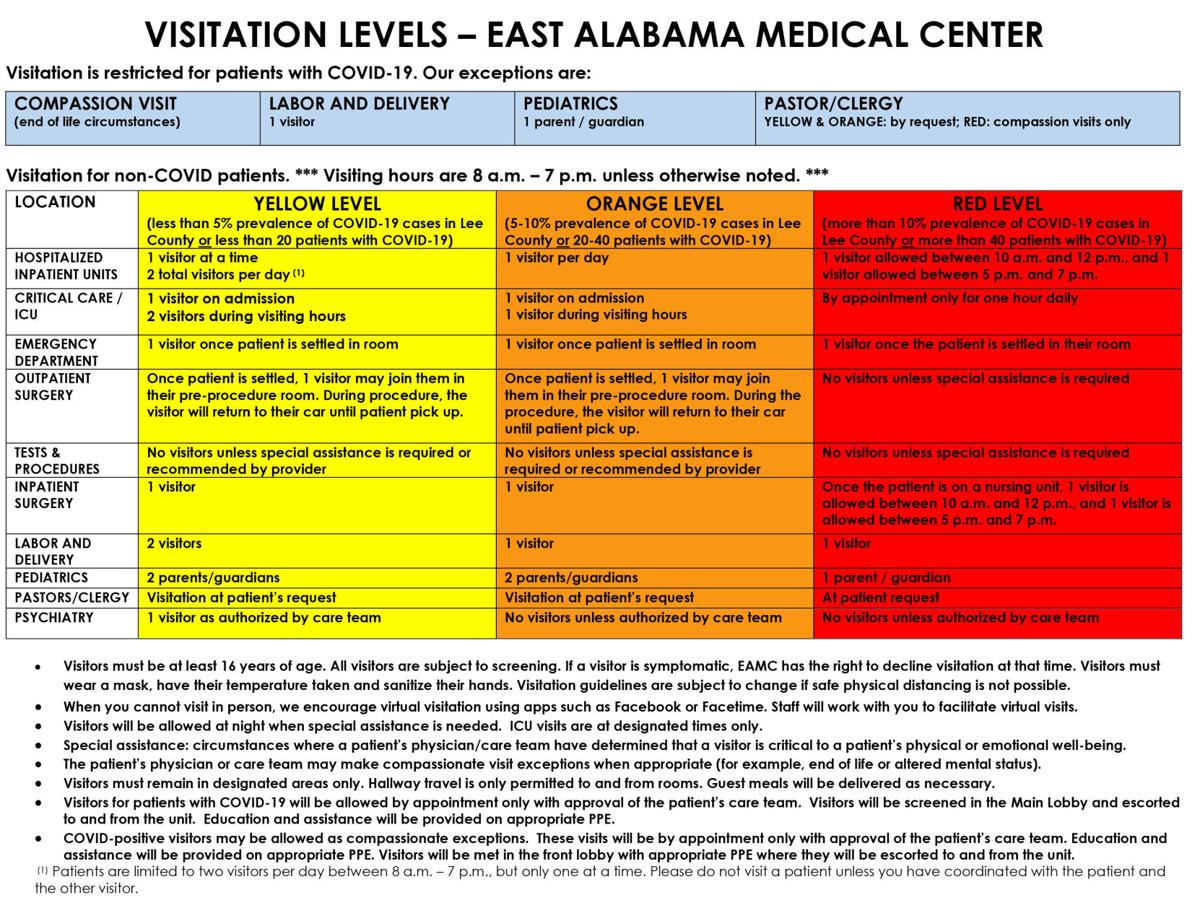 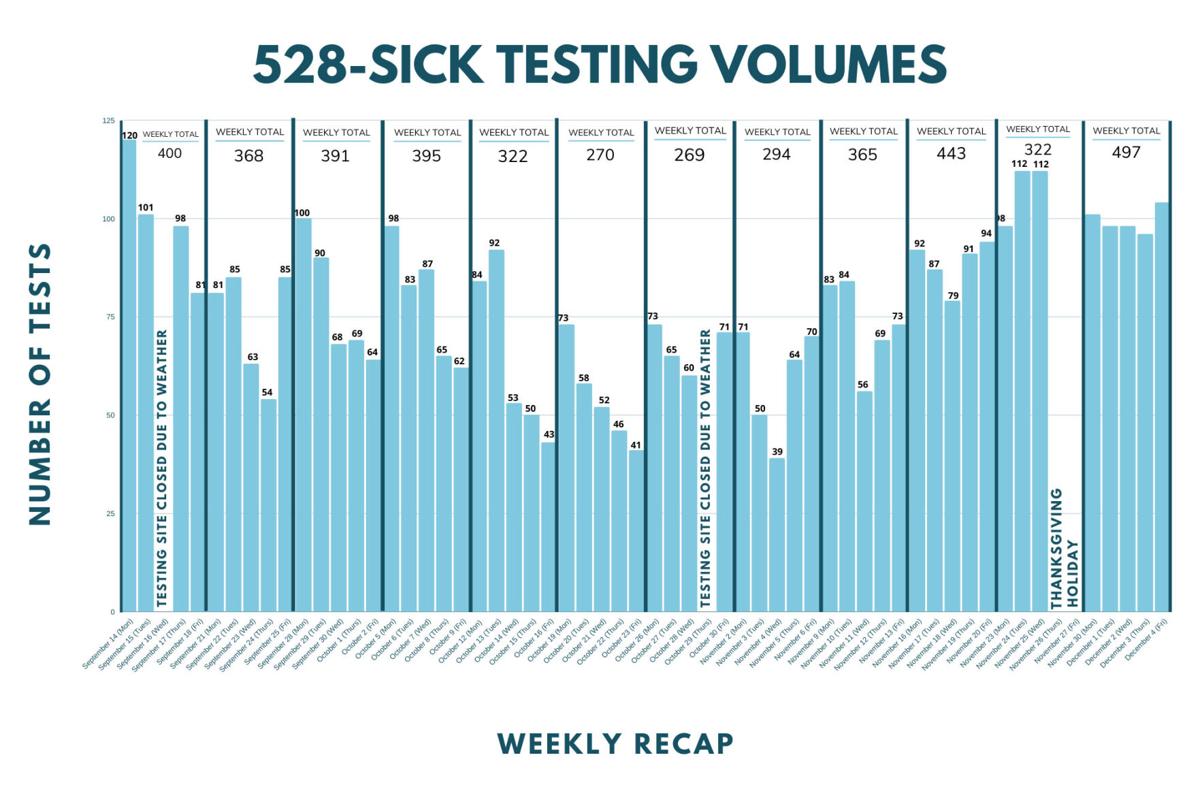 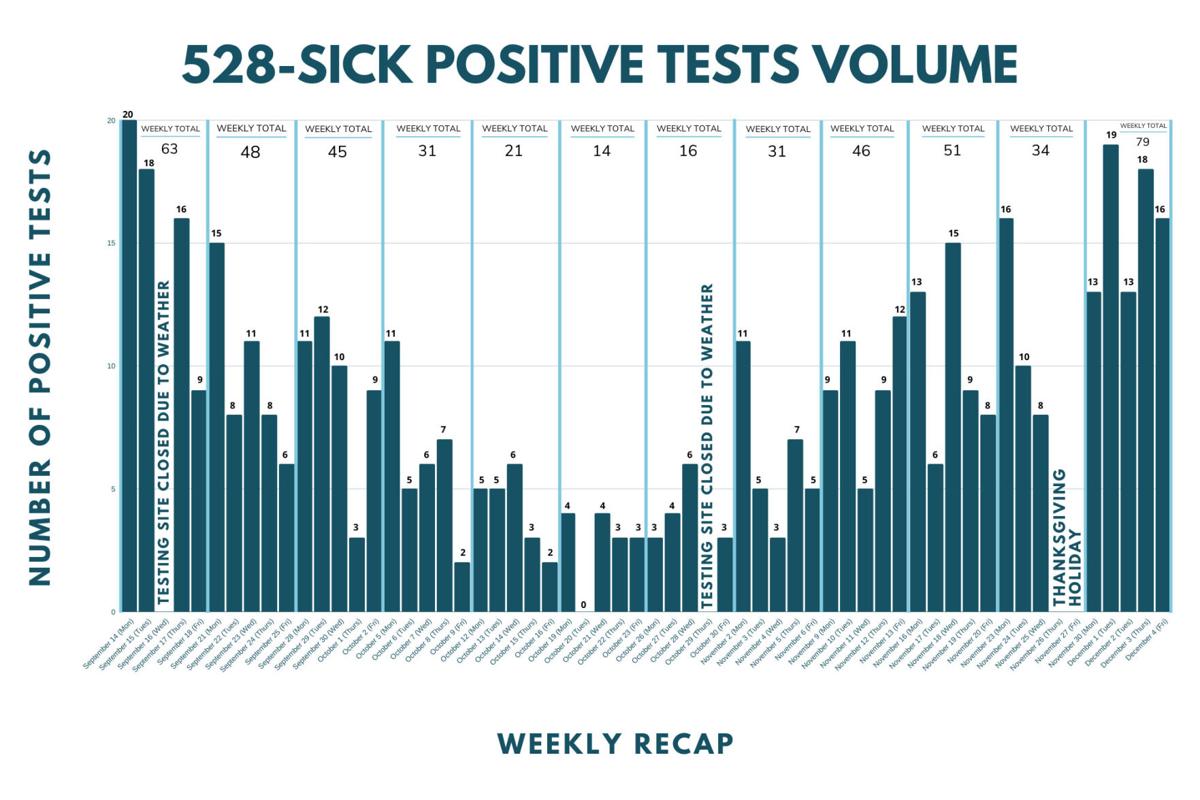 The number of patients  hospitalized with Covid-19 at East Alabama Medical Center topped 50 for the first time since July this week as hospital officials warn that the Auburn area is facing its third peak since the pandemic began in mid-March.

Hospitalizations rose to 52 on Monday and Wednesday at EAMC and EAMC-Lanier. The number of patients on ventilators has also risen and currently sits at nine. The last time EAMC reported having 52 patients hospitalized with Covid-19 was July 31.

The two previous peaks in the area came on April 11 and July 22, with 54 and 62 patients hospitalized, respectively.

"At that point in the pandemic, we really hoped that would be our one and only peak," said EAMC spokesman John Atkinson of the first peak. "We expected smaller hills over the coming weeks and maybe months, but were hopeful the worst of it was behind us.

The third peak at EAMC comes during a time of year when many gather together to see family and friends for the holidays, prompting fears that the number of hospitalizations could continue to grow if people do not take the necessary precautions, like wearing masks, social distancing and avoiding large gatherings with people outside your household.

"I think the concerns we have is that the hospitalizations following Thanksgiving are not fully being felt yet. Plus, there are more indoor activities because of the cooler weather, and Christmas and New Year's are on the horizon. We ask that people be extra mindful of the situation right now and take all precautions to avoid contracting Covid-19," said Atkinson.

The positivity rate of testing performed at EAMC has also been on the rise, reaching 15.9 percent last week, the highest rate for EAMC's 528-SICK call center since mid-September.

The rise in both hospitalizations and the positivity rate prompted EAMC to raise its visitation level from orange to red on Monday. Red level places additional restrictions on visitation at the hospital.

Statewide, the number of new cases and hospitalizations have been on the rise. As of Thursday, Alabama has had about 285,000 cases of Covid-19 since the pandemic began in mid-March, with close to 15 percent of that total coming in the last 14 days. About 27,600 patients have been hospitalized during the pandemic so far, according to data from the Alabama Department of Public Health.

The number of new cases in Lee County sits at almost 8,500 as of Thursday morning, with close to 10 percent coming in the last two weeks. The number of patients who have died from Covid-19 has risen to 72.

On Tuesday, Auburn University officials provided a Covid-19 update to the Chamber of Commerce and indicated that its plan for the spring semester will be released in detail next week.

Auburn University did not have a single documented case of someone contracting the coronavirus during on-campus instruction in classrooms over the course of the pandemic, said Provost and Senior Vice President for Academic Affairs Bill Hardgrave, who indicated that the university will offer more opportunities for on-campus instruction during the spring semester.

He also said the pandemic has offered some lessons that could make a permanent impact on how instruction is delivered on campus, including offering multiple options so that students can take their preferred choice of class instruction, whether it be in-person, remote or blended.

"We're going to use that as a takeaway," he said of the lessons learned during the pandemic.

Auburn University Chief Operating Officer Lt. Gen. Ron Burgess said the university's financial situation is in "pretty good shape," which has allowed the school to avoid furloughs and layoffs during the pandemic.