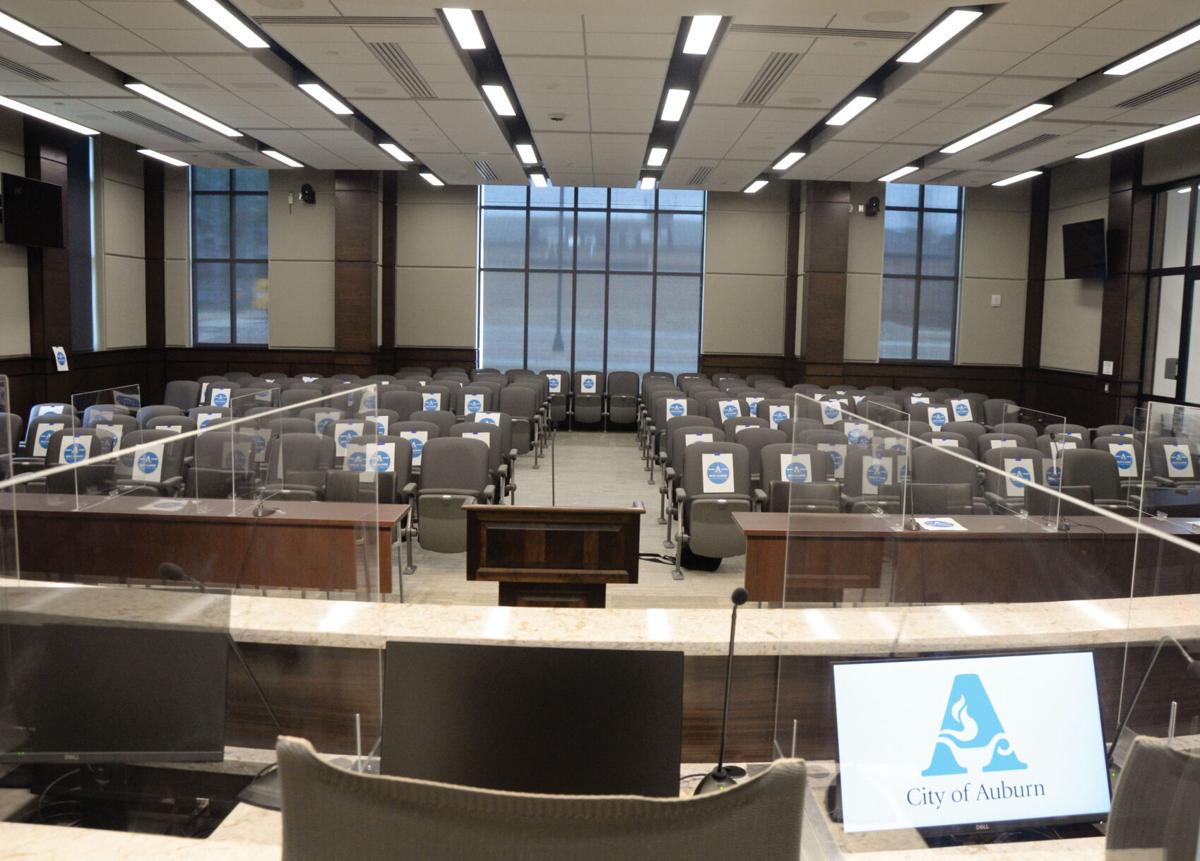 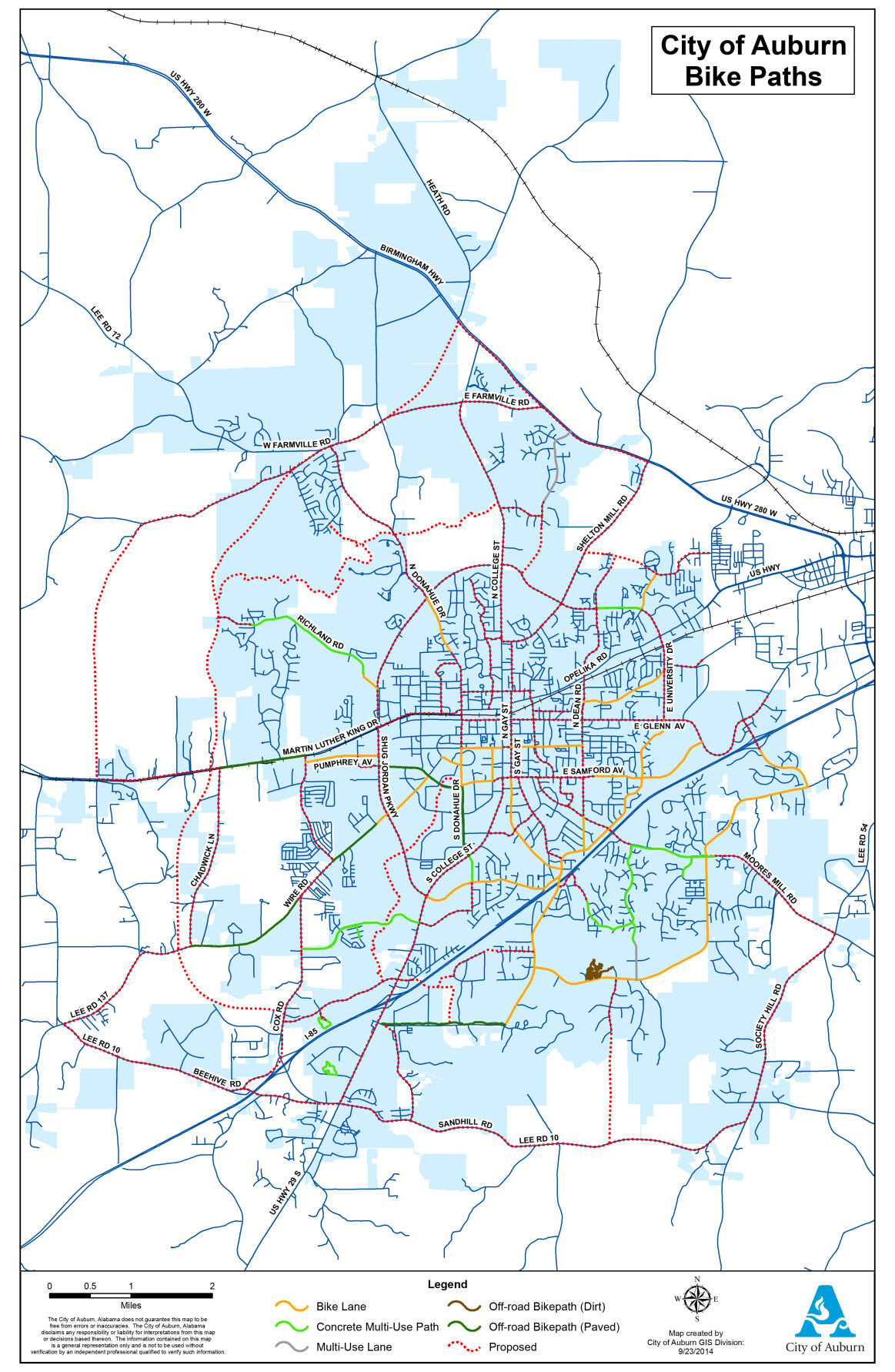 At its regular meeting on Tuesday, the Auburn City Council approved a resolution that will bring a turn lane to Cox Road instead of two bike lanes, which were on the verge of being striped as part of the Cox Road Widening project.

The Council voted 5-3 to waive the city’s informal policy of installing bike lanes to city streets as part of the Auburn Bicycle Plan in favor of adding a two-way left turn lane on Cox Road between Fieldview Drive and Wire Road, with Councilmen Kelley Griswold, Bob Parsons and Brett Smith voting against the measure and Councilman Steven Dixon absent from the meeting.

The city entered into a contract with JLD Enterprises to complete the Cox Road Widening project, which began in June 2020 but has been delayed by poor weather and contractor delays, according to City Engineer Alison Frazier.

While the Council was initially only expected to discuss and weight the merits of bike lanes versus a turn lane on Cox Road at the meeting, it was important for the Council to move forward with a resolution so that the city could hold the company accountable to the contract and delays, said City Manager Megan McGowen Crouch.

“One of the major challenges, we have an active contract where we’re asking the contractor to stop what they’re doing and not proceed because we have a road that’s not striped,” said Crouch. “Time is of the essence in a contract where they have obligations and so do we.”

Councilman Tommy Dawson requested that the issue be discussed during a Committee of the Whole at the two previous Council meetings.

“I feel like that’s safer, and I’ve gotten a lot of feedback from a lot of citizens out there,” said Dawson, who represents the Ward 8 area and voted in favor of the turn lane. “I’m very much in favor of the turn lane and feel like it would be much safer. And until you ride Cox Road regularly or until you live out there, it’s hard to understand what I’m speaking of. I don’t want to keep the bikes out, and with a turn lane I feel like the bikes would have more room to ride and it would be safer for them as well because a stripe on the road is not going to keep an 18-wheeler from running over someone. There’s a lot of truck traffic on that road now, a lot more than there ever was.”

Auburn residents spoke on both sides of the issue at the meeting.  Randall McDaniel, who lives in Ward 8, previously served on the Auburn Bicycle Committee and leads a bicycle group that rides on Saturday mornings, said the group used to regularly bike Cox Road but found that it had become too dangerous and that riding in a turn lane or on a multi-use path were “not great ideas from a biker’s point of view.”

“Most of the bikers that want to get one place or the other, either exercising, trying to run errands, whatever they’re doing, would prefer a bike path, some separation — out of the traffic, but by the road — so there are not as many stops and problems as you’re rolling along. So the idea of a six-foot bike path on both sides of the road is just something so appreciated by the bike community.”

Ken Pylant, who currently lives in Ward 4 but grew up along Cox Road, spoke in favor of adding the turn lane due to safety concerns, partly stemming from an accident he experienced growing up when he was hit by a vehicle while riding a tractor.

“I’m not against bikers or bike riders. I grew up wishing I could have a place to ride,” said Pylant. “If I would have had a turn lane, then I wouldn’t have gotten hit.”

Auburn Mayor Ron Anders commended the tenor of the debate over the issue  at the meeting, saying “this is how debate should happen.”