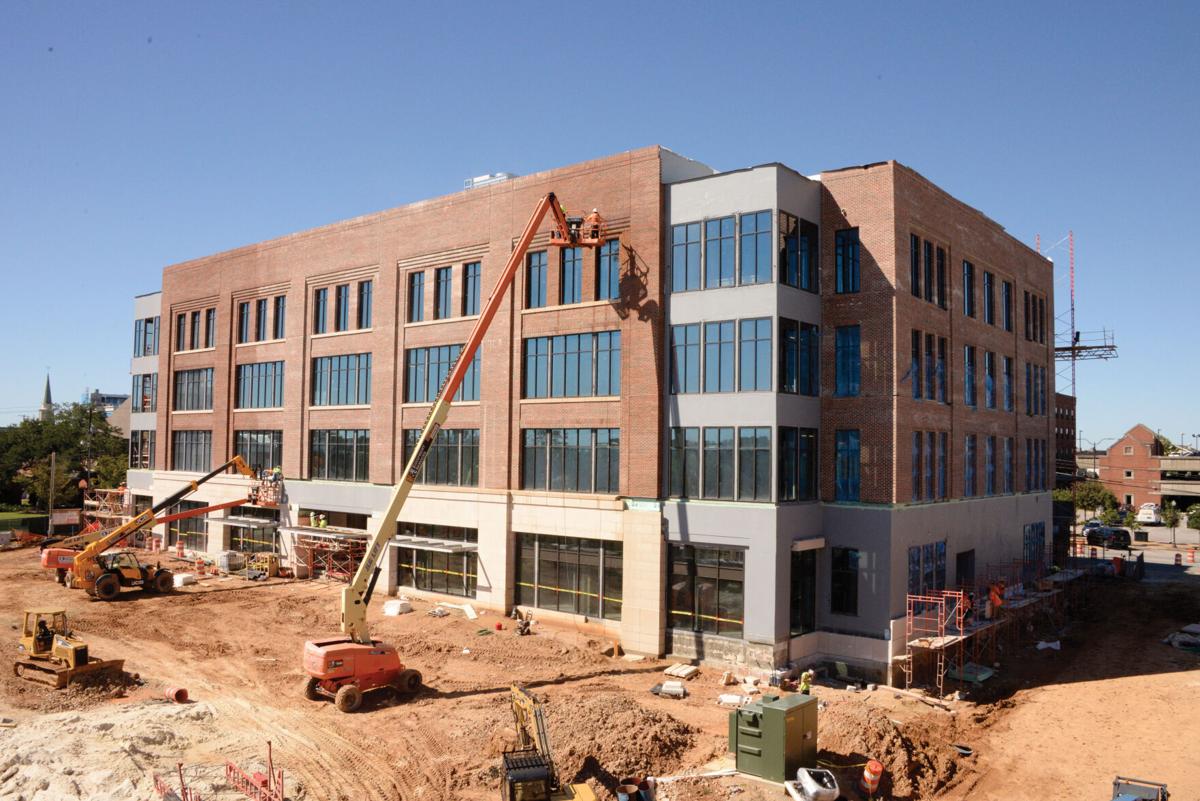 Work continues on the new AuburnBank building downtown, with construction expected to be completed in the first quarter of 2022 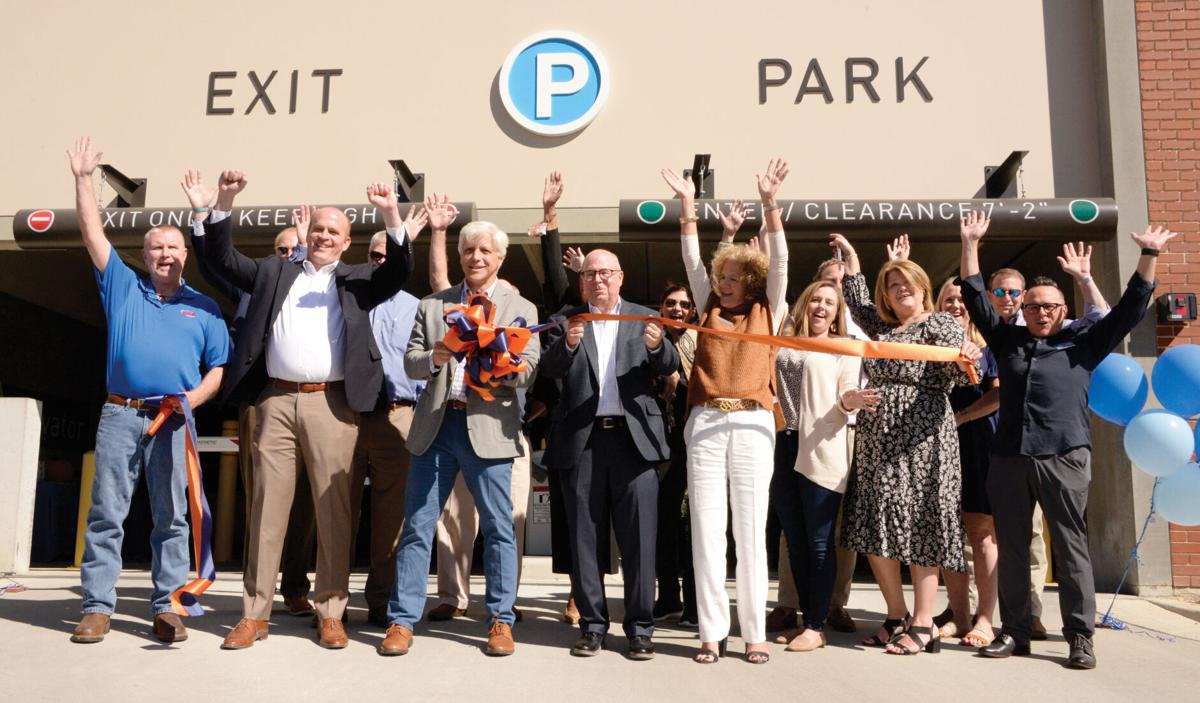 Officials and representatives from AuburnBank, the city of Auburn and the Auburn Chamber of Commerce celebrated the opening of the Burton Street Parking Deck  at a ribbon-cutting ceremony last week

Work continues on the new AuburnBank building downtown, with construction expected to be completed in the first quarter of 2022

Officials and representatives from AuburnBank, the city of Auburn and the Auburn Chamber of Commerce celebrated the opening of the Burton Street Parking Deck  at a ribbon-cutting ceremony last week

Construction of the new downtown AuburnBank building at the corner of North Gay Street and East Magnolia Avenue is making noticeable progress as crews continue to brick the exterior, while a ribbon-cutting ceremony was held last week to mark the opening of the Burton Street Parking Deck.

AuburnBank broke ground on its new downtown headquarters last November, and construction is expected to be completed in the first quarter of 2022, according to Bob Dumas, president of AuburnBank.

AuburnBank has been a staple of downtown since Shell Toomer founded the Bank of Auburn in 1907 with a location at Toomer's Corner. AuburnBank moved to its current location along Gay Street in 1964. The new AuburnBank building, at four-stories and 91,000 square feet, will bring its retail and banking operations under one roof, as well as offer retail and Class-A office space.

"We've been downtown since 1907," said Dumas. "Our commitment is certainly to remain downtown. But our commitment's to Auburn and Lee County, city and community growth."

Dumas gathered with city officials and representatives from the Auburn Chamber of Commerce last week for a ribbon-cutting ceremony for the bank's Burton Street Parking Deck, which opened to the public in April. The deck, which can be accessed off Burton Street, a one-way road that runs between Glenn and Magnolia avenues, will bring more than 500 parking spaces to downtown Auburn for use by the public. The city of Auburn also recently opened the Wright Street Parking Deck, which added an additional 350 public parking spaces downtown.

For over a decade, downtown parking has been identified as one of the biggest areas that the city needs to prioritize and address in citizen surveys. Dumas said it feels great that AuburnBank is providing part of the solution to the parking problem.

"It feels really good, not only for our employees and our future tenants, but for townspeople and visitors coming downtown to events, which are many," said Dumas, who added that he hopes the additional public parking will help draw more people downtown to shop and eat.

He also noted that the approximately 850 additional public parking spaces will help accommodate the area's growing population, which the recent Census indicated had grown above 76,000 in Auburn and close to 175,000 in Lee County.

"There's been discussions about this for the last 10 years," said Dumas on the need for public parking downtown. "And finally, some solutions are working through the private sector and the city, so we're proud to be a part of that."

The City is also pleased that solutions to the parking issue downtown have been addressed.

"It's been a long time coming," said City Manager Megan McGowen Crouch. "But I think we have some excellent options, and I want citizens and visitors alike to be very comfortable coming to downtown Auburn, and that there's plenty of places to park and plenty of options for ways in which you can pay for parking. We're trying to make it convenient and easy for everyone."

In addition to paying at parking kiosks, residents may now pay for parking using a mobile payment option with the ParkMobile app, which the city recently unveiled. The app can be used for on-street parking, the Municipal Parking Deck and the Gay Street parking lot.

Payment for parking at the Burton Street Parking Deck can be made at the kiosks located at the deck's gated exit.

"This is just another example of AuburnBank's commitment ... to our community," said Mayor Ron Anders at the ribbon-cutting ceremony. "They probably could have just built a nice parking lot out here ..., but they knew that we have needs in this town. We've been talking about it for about four years, and they've invested more to allow more people to park here.

"This is who they are; this is their DNA. This is what this bank and this institution is about and has always been about — doing enough to protect and take care of their community that they serve so well."