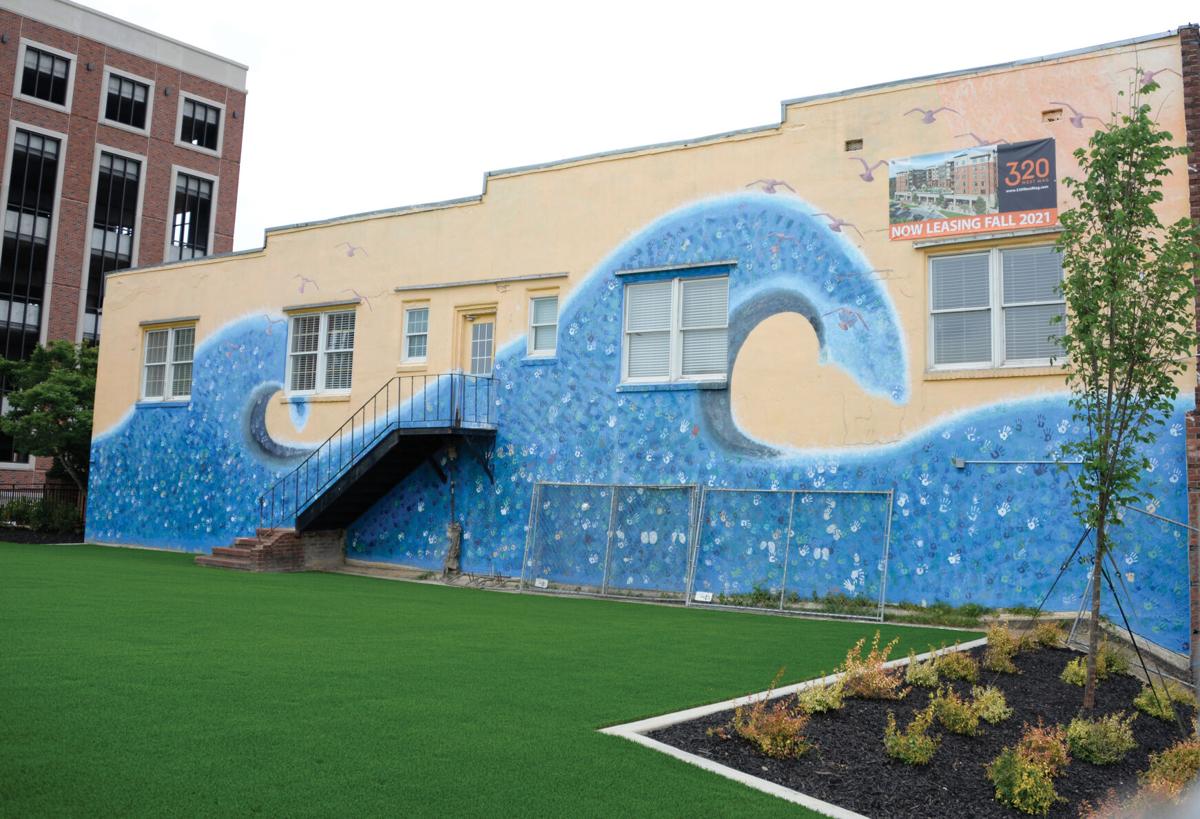 The "Wave Wall" is one of downtown Auburn's most recognizable murals. 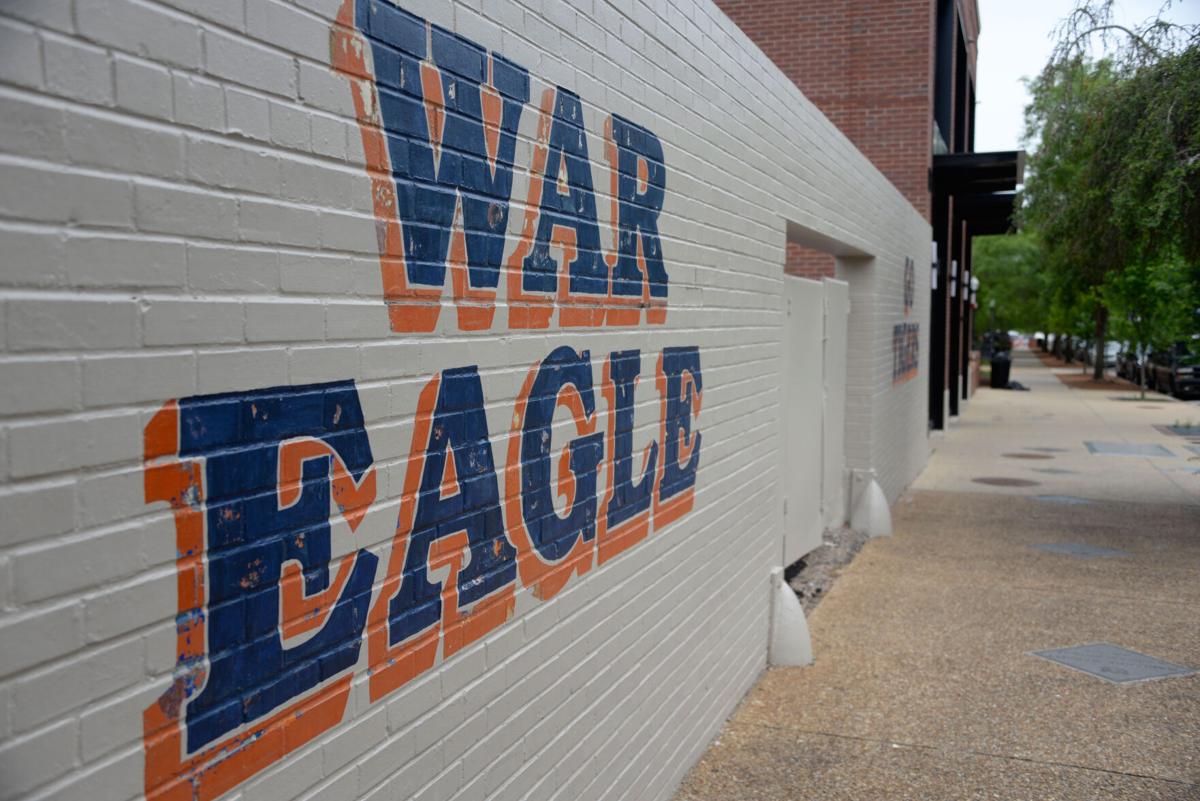 The "War Eagle" mural is one of downtown Auburn's most recognizable murals.

The "Wave Wall" is one of downtown Auburn's most recognizable murals.

The "War Eagle" mural is one of downtown Auburn's most recognizable murals.

It’s a frequent sight downtown to see Auburn University students close to graduation donning their caps and gowns for a photo shoot in front of the War Eagle mural on South College Street across from Samford Park. It’s even become something of a tradition.

Auburn graduates and residents may soon get the opportunity to take selfies or photos in front of other murals as well, as the city of Auburn has been busy working toward laying the foundation for the creation of a public art program that would address everything from murals to sculptures, establish a Public Art Commission and look to liven up some of the buildings around town.

Planning Department staff presented its policy and process proposal for public art in Auburn to the Planning Commission at a work session earlier this month. Don’t expect any new murals in the immediate future, though. The process is just getting started, with more work sessions likely in the future before any changes are proposed or made to the city’s code and zoning ordinance.

“There is a big road ahead of us for this,” said Katie Robison, acting planning director. “We’re just kind of getting the ball rolling.”

The need for a public art program was first identified in the Auburn 2020 Strategic Plan.

“In the Auburn 2020 strategic plan, it was identified under the family and community section of the need for a fine arts program and a city board to run fine arts as well as, possibly in the future, an actual arts director position to kind of oversee that board and bringing the fine arts into the community a little bit more than they already are,” said City Planner Stephanie Canady, who worked on the proposal for the public art program over the last year, using cities such as Tuscaloosa, Tuscon, Arizona, Athens, Georgia and others as benchmarks.

The proposal calls for a change in city code for the formation of a Public Art Commission that would review proposals and act as a recommending body to the City Council, which would primarily be concerned with granting a five-year easement between the city, property owner and artist. The Art Commission would also be tasked with creating an initial plan and schedule for public art priorities after meeting with business owners and local organizations, said Canady.

Murals were allowed in Auburn until 2006 when they were prohibited on the recommendation of the Urban Core Task Force.

The proposed zoning text amendments would allow for up to 15 percent of a mural to be advertising, logos or images of a product, service or business, and define a mural as a “sign that consists of graphics or a work of art that is painted, drawn or applied to an exterior wall.”

The proposed changes would also alter the prohibited sign section of the ordinance to allow for murals in  the Urban Core, Urban Neighborhoods – East, West and South, and the Corridor Redevelopment and South College Corridor zoning districts.

“Downtown is kind of expanding into those urban neighborhoods. We’re really kind of looking at a broader area,” said Canady. “And we just felt like this would be a good project to include a lot of those corridors, especially out toward Opelika and the South College, specifically Opelika Road. A lot of those older buildings may or may not be used and might be what some people consider an eyesore coming into town. And we think that the addition to allow well-proposed murals in those locations would really liven that up and welcome people into Auburn.”

The process for getting murals on walls would begin with the development of a request for proposal specific to the site and to property owner preferences.

“Some cities will kind of create a mural program and almost kind of dictate what they want ...,” said Canady. “We’re trying to make it to where maybe more people would be open to the idea of murals, and we’re trying to get some involvement from actual property or business owners in the creation of this RFP process.

“The Commission would meet with the property owner and sort of evaluate the space, what size mural that they would like and what kind of content or themes or anything they would like to see.”

“Complete proposals — we’re expecting artists to submit of course their criteria and their design for that specific site, and they will review all of these at the public meeting,” said Canady. “The artists would have a chance to discuss their murals and design concepts and then have a public meeting for it.”

The property owner would also be at the meeting and provide feedback on the proposals.

“Ultimately, it’s going to be the commission recommending approval for the most well-received proposal and the most fitting to the RFP that was put out and then based on the property owner feedback and public feedback, and then that recommendation would go to City Council,” Canady said.

The City Council would ultimately approve the project and the five-year easement between the city, property owner and artist.

“I think we got to be careful and leave the creation, the creativity to the creators, the artists, building owners and so forth,” said Planning Commission member Warren McCord.