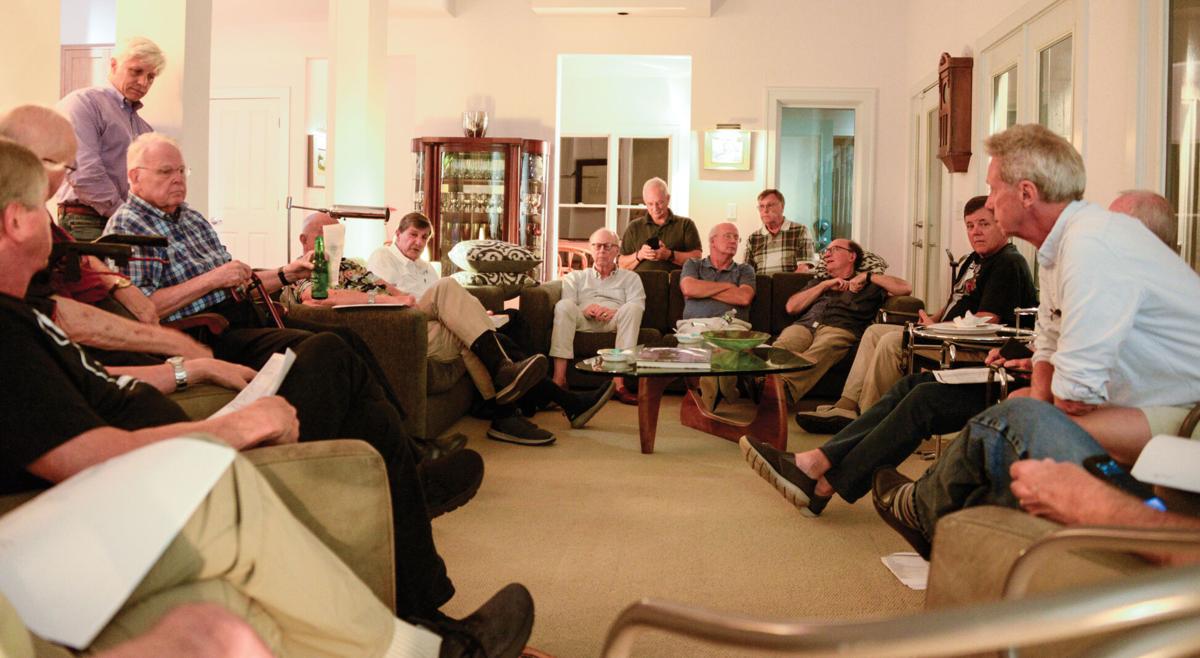 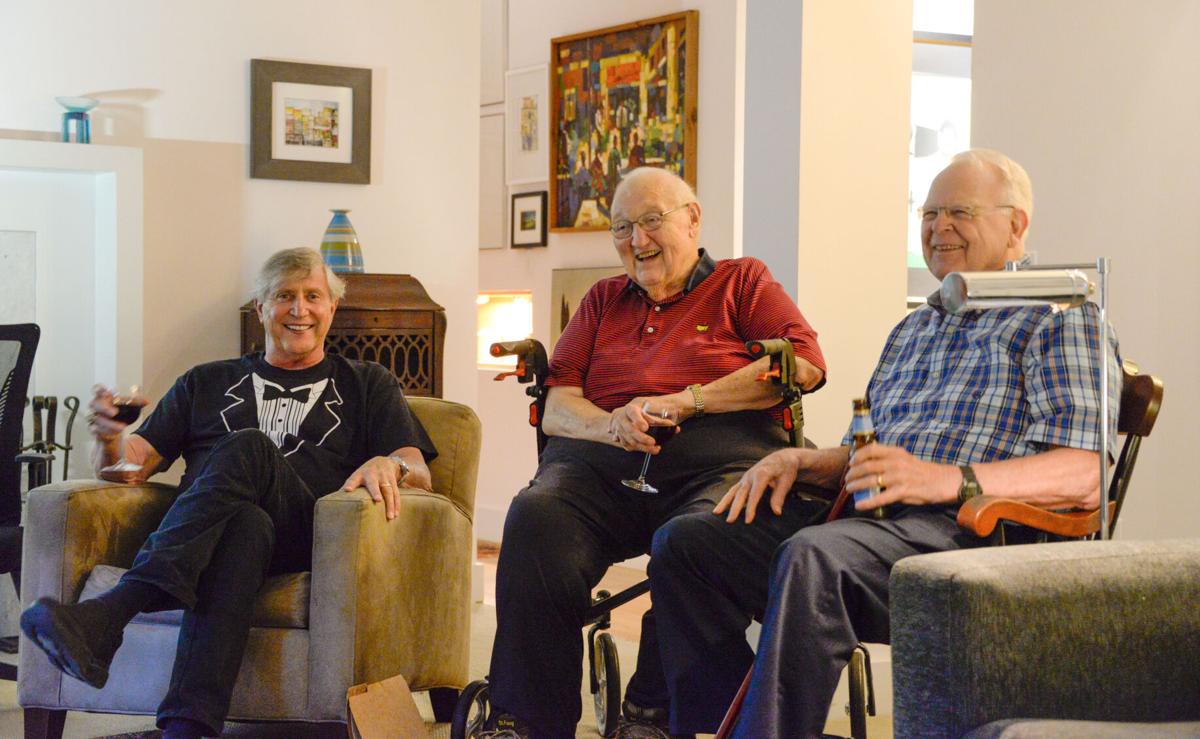 After gathering around the kitchen island and catching up, and then regaling each other with stories over good barbecue, a local group of men settled into the living room of Dan Bennett last month to start a serious conversation.

No, it wasn't about the start of the Auburn football season, whether the Auburn High Tigers would make another run at a state title or even that Green Wave is most definitely two words and not one.

William Kent Krueger's "Ordinary Grace" was the topic of discussion as that month's selection.

The book, which traces violent loss in New Bremen, Minnesota during the summer of 1961 as experienced by then-13-year-old Frank Drum, was no ordinary selection, though. "Ordinary Grace" marked the 200th title pored over and then discussed by the Well Readneck Book Club, which has been meeting to discuss everything from classics to contemporary novels since forming in about 2002.

The idea for an all-men's book club was the brainchild of Bennett, who serves on the city's Downtown Design Review Committee, and Dr. Charles Veale, a well-known family practitioner in the Auburn community. The two hatched the idea in 2002 after lamenting how the subject of conversation at dinner parties always took the same path, whether the gathering was one of mixed couples or just guys.

"The talk always went, with the guys in particular, to Auburn sports or sports in general, and hunting and fishing," said Bennett. "I said to Charles — we were having dinner one night — and I said, 'Does anybody around here other than university people talk about anything but sports and fishing and hunting?' He said, 'You know, there's some truth to that ... Why don't we start a men's book club and set some ground rules that we won't talk about any of those three subjects.' And I said, 'That's a great idea."

Veale said he was just happy that the conversations were more intellectual, while sharing Bennett's recounting of the club's origins.

"I was very jealous of my wife having a women's book club," said Veale, who noted that he wasn't overly fond of "The Great Gatsby," which was  the Well Readneck's first book selection in 2002. "So I started thinking about it. When men get together, we talk about that deer that we just shot or football and basketball, things like that. And I just felt  wouldn't it be nice if we just got all these nice people together and we talked about more intellectual stuff."

The conversation certainly turned intellectual at last month's meeting, with thoughts being raised about what made grace "ordinary" as opposed to God-given. among other topics and considerations.

Housel, who joined the club in 2005 or 2006, said he looks forward to the meeting every month.

"Of all the things I do in retirement, this book club is the most enjoyable. Good guys, good fellowship, great books, good conversation, and it's just a special time," said Housel, who said "Ordinary Grace" was one of the best books he's ever read. "It strikes to the heart of humanity and what it means to be human."

Housel also polished off his statistical skills, compiling submissions of the group members' top-five books  that were discussed, with Anthony Doerr's "All the Light We Cannot See" taking the top spot.

That the group has been meeting for going on 20 years and has read its 200th title is a bit surprising, said Bennett.

"The fact that we've together read that many books, I think it kind of surprised all of us," he said. "We all felt like it was an accomplishment, and we hope that we're all around to celebrate 300."