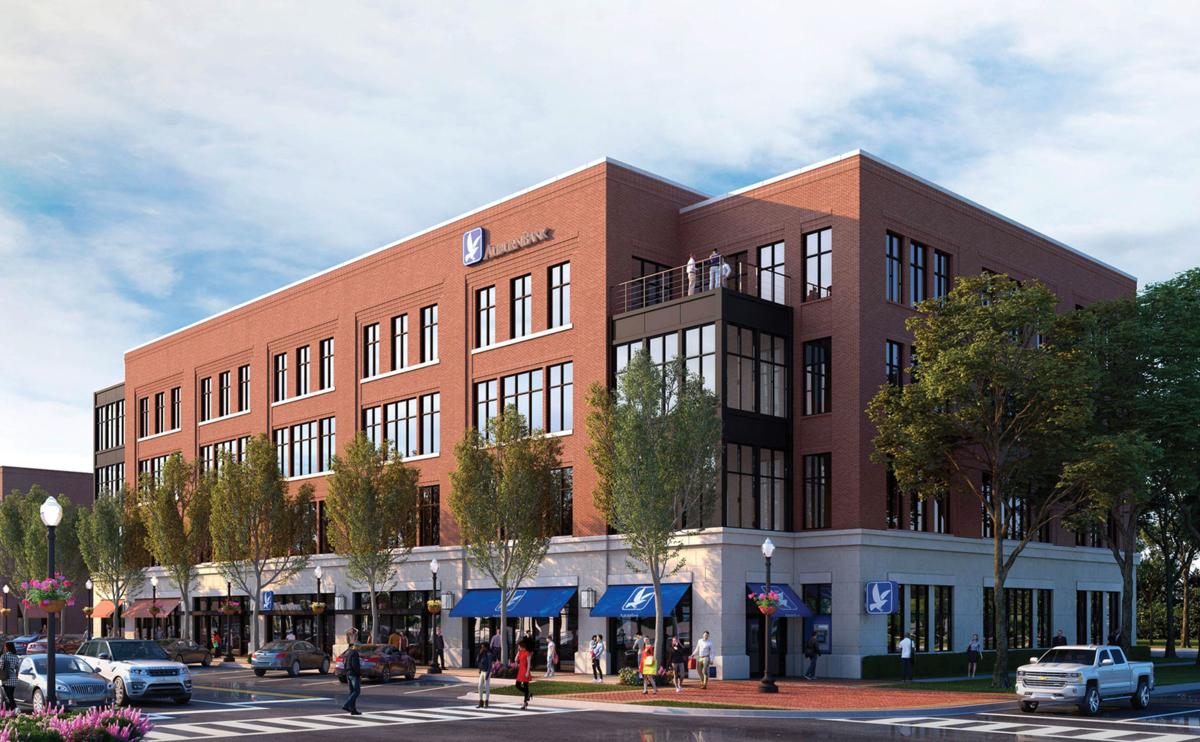 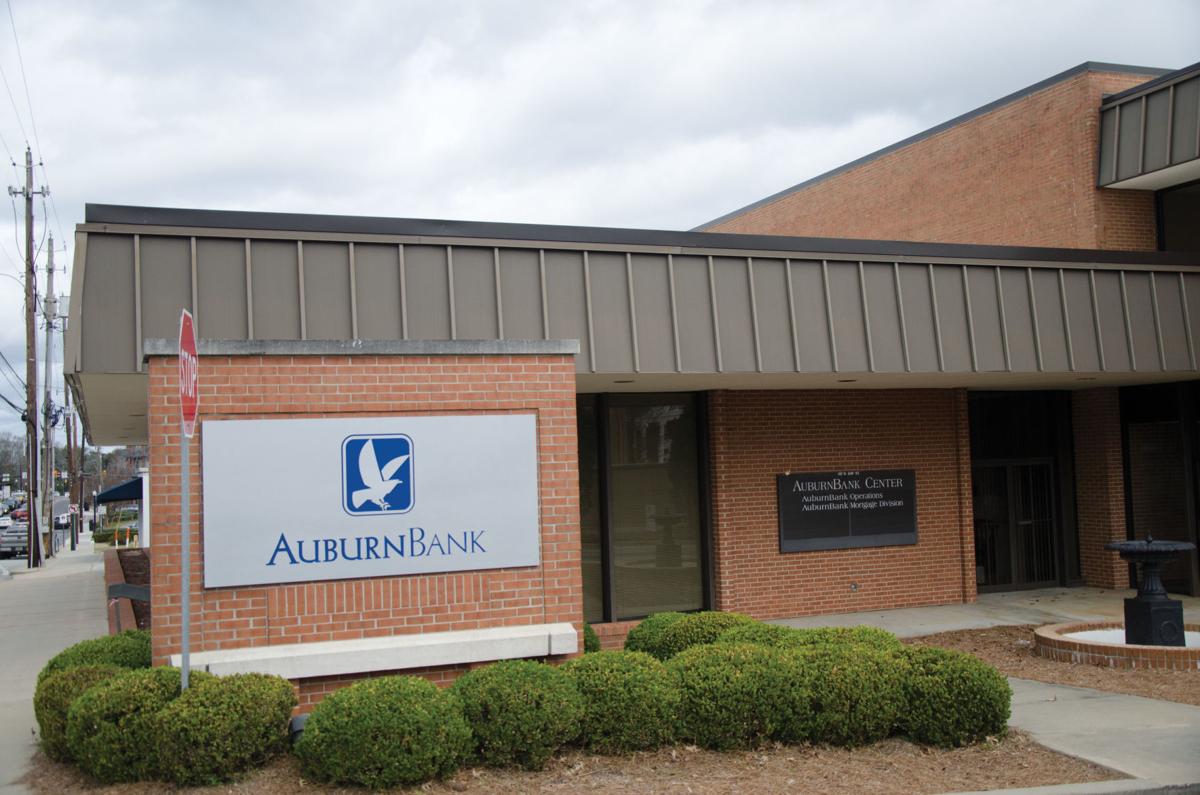 During construction of the new AuburnBank building, retail banking will relocate to the AuburnBank Operations Center building on North Gay Street

During construction of the new AuburnBank building, retail banking will relocate to the AuburnBank Operations Center building on North Gay Street

AuburnBank plans to redevelop its current downtown location in the near future, transforming its large tract of property on the corner of Gay Street and Magnolia Avenue for future generations.

The redevelopment will occur in phases, with the first phase including the construction of a 96,000 gross square-foot building on the corner of Gay and Magnolia that will pull AuburnBank's downtown retail banking and operations under one roof.

"It’s a big investment for downtown Auburn," said AuburnBank President Bob Dumas. "Certainly with the focus on customer service, our people coming into one facility, it will be much more efficient having our operations and our retail in one location. We certainly think with technology that it’s an investment in the future that should last a long time."

AuburnBank was the first bank chartered in Auburn in 1907, and it's had a presence downtown ever since. It moved from Toomer's Corner to its current location in 1964.

Redeveloping the current site is a huge opportunity for AuburnBank, said Dumas.

"It’s a commitment to our people; it’s a commitment to our shareholders and customers; it’s a commitment to the community and downtown — that we want to stay downtown. We’ve been a part of downtown since our inception in 1907 and this is where we want to be," he said. "I think the other piece of that is with adequate parking it’s just a great place to be, the growth that’s occurring and with what’s happening downtown. It’s a very vibrant downtown and we just want to be a part of that for the future. But we want to provide a venue that’s comfortable for our employees, more efficient and very accessible for our customers. That’s the goal for this investment. We think it will be a long-term investment."

The structure will be four stories and 64 feet high to the parapet. During construction, current downtown AuburnBank retail banking operations will move to the current Operations Center building farther down Gay Street. The new building should also have enough room for additional retail space for lease on the first floor, Dumas said. That space would front North Gay Street.

"At this point, I’m not sure about how much or who, but we’re hopeful there will be some interest in that because we’ll have parking to go with it," he said.

Phase one also includes the construction of a 5½level parking deck that will bring 535 parking spaces downtown. It will be located toward the northeast edge of the property along its Burton Street frontage. It's possible that some spaces could be available to the public, but Dumas said they needed to be careful with that because the deck is being built with the future in mind.

"That’s for the future," he said. "But in the beginning, I think there will be some additional spaces that we’ll decide what we want to do with those."

AuburnBank will seek a recommendation from the Planning Commission for conditional use approval for the parking deck at its meeting next Thursday. If ultimately approved, AuburnBank would move into the design and construction phase of the project, Dumas said, although no time line has been established yet.

"Since we’re so early in the phase, we don’t have a time schedule at this point," he said. "But we’re moving forward with the application. We’ll move forward hopefully upon approval to move into the design and construction."

During construction of the new building and parking deck, the current drive-thru will still be accessible and not affected, although the downtown employee parking lot on the corner of Magnolia and Burton Street will be affected.

"I think it will be impacted because we’ll need to utilize that as the deck is being constructed," said Dumas. "We’ve talked with city officials about that."

AuburnBank has also discussed with the city its desire to construct wider-than-normal sidewalks as part of the project.

"We would love for that to continue to be pedestrian-friendly, and they like that idea," said Dumas.

"We’re very excited about what they plan to do and look forward to what it brings and changes that will keep their building up on Gay and Magnolia and will still be a very important building on that corner," said Auburn Assistant City Manager Megan Crouch. "And I think we will look at other streetscape improvements and other things we’ll work through with them when the plan comes all the way together and gets under construction."

The second phase included in the master plan for the development is conceptual at this point, but includes the construction of a three-story retail/condo building farther north on Gay Street than the current AuburnBank building. It would have street-level retail and two floors of residential condos (10 units) above.

"We want to complete phase one and then get comfortable with that and then we’ll see where that goes," said Dumas.

There could also be a third phase in the future where the current downtown employee parking lot is located on the corner of Burton and Magnolia. AuburnBank announced during the summer that it had reached a preliminary agreement to sell part of its property to a hotel development company. Dumas said they are just focused solely on the bank redevelopment at this point.

"We do not currently have any discussions ongoing with any other group," he said.

Dumas said he expects that he will have more information and a possible construction timeline established in the next few months.