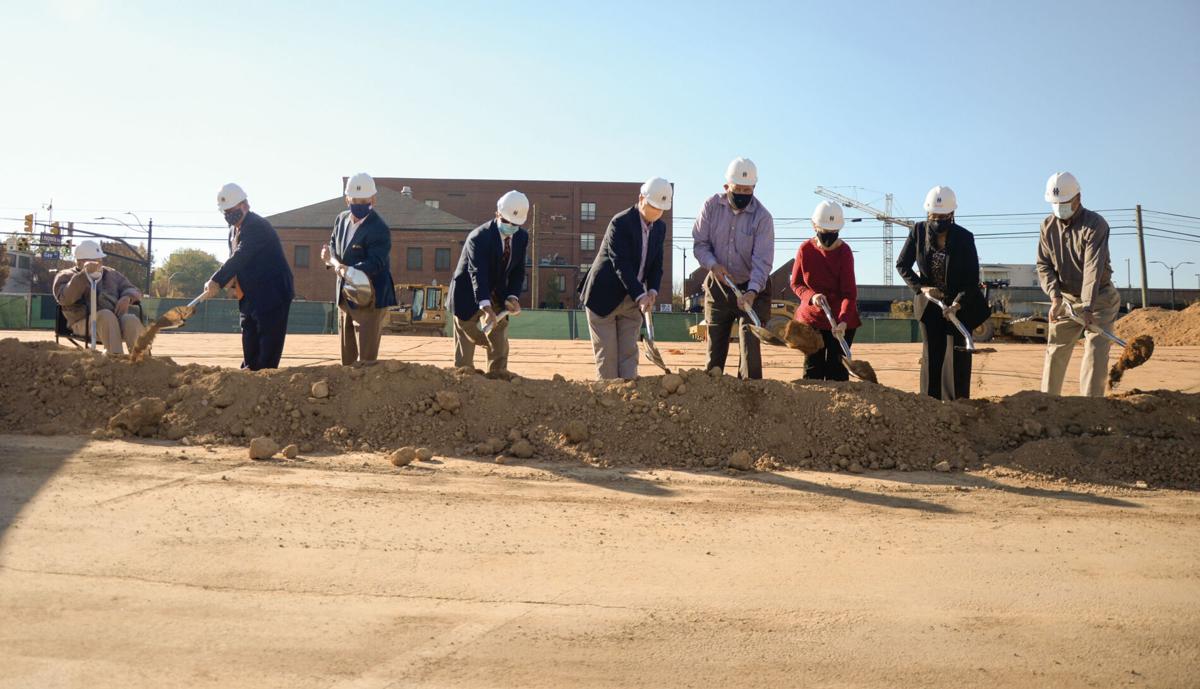 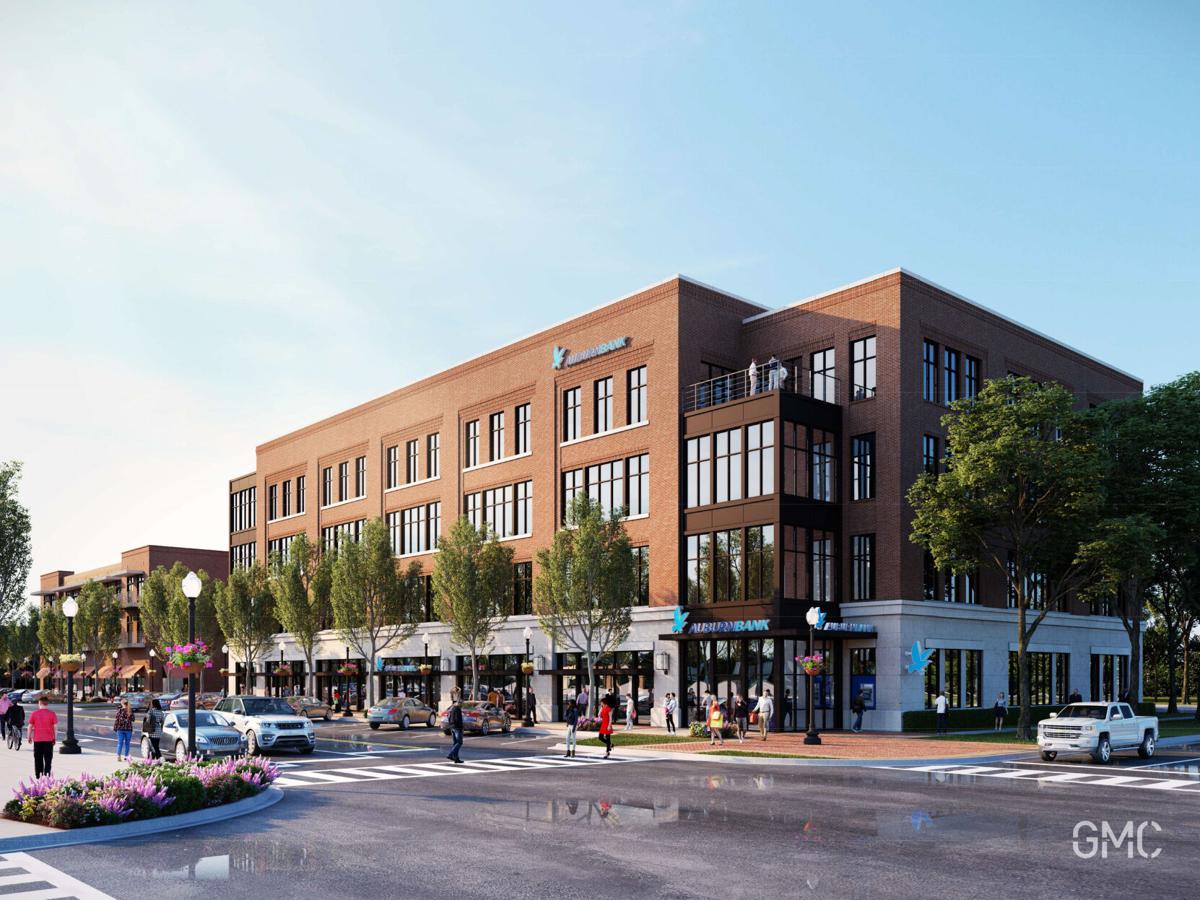 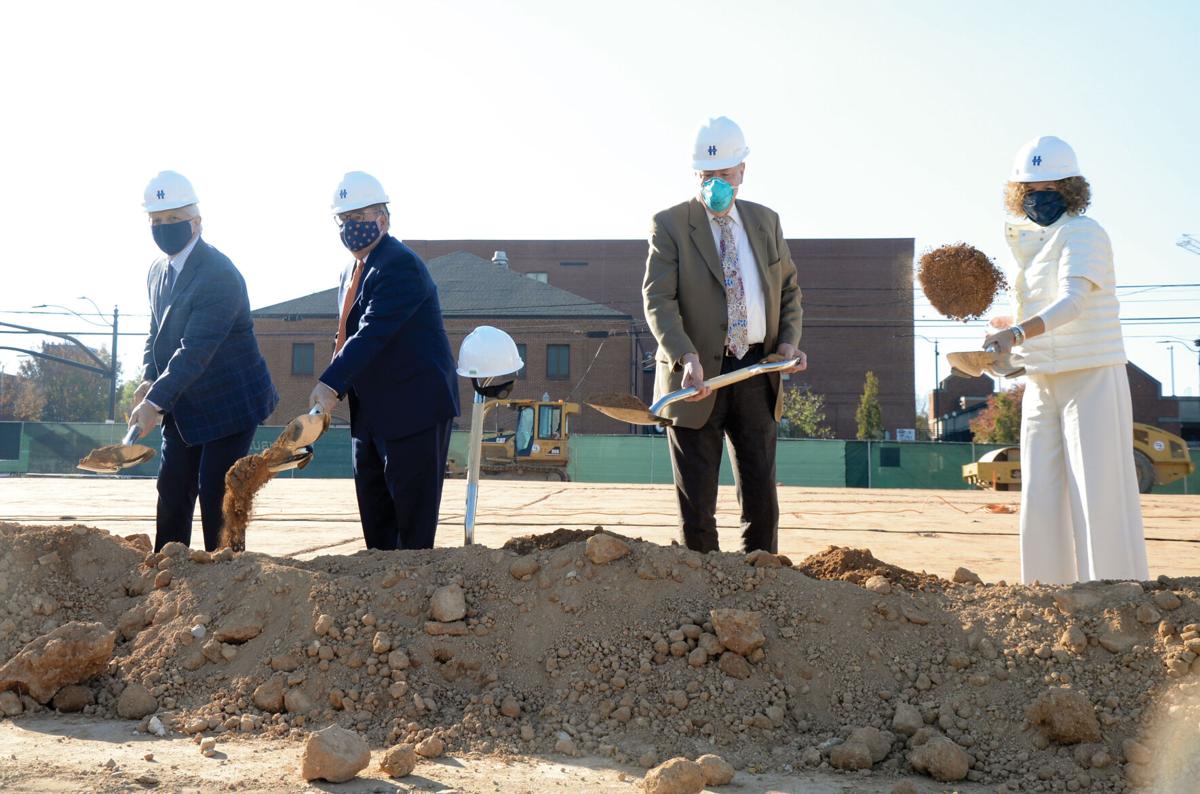 AuburnBank celebrated the beginning of its third chapter in its namesake city on Tuesday afternoon, hosting a ground-breaking ceremony for a new building downtown that will fold its retail banking and operations under one roof.

The first chapter began in 1907 when Shell Toomer founded the Bank of Auburn, later renamed Auburn National Bank and now AuburnBank, on Toomer's Corner with only $10,000 in a city of roughly 1,500 people. The second chapter began when the bank moved to its current location on Gay Street in 1964.

"As we are rolling into our second century of service, our commitment remains the same, helping a community, a university and its people to grow and make their dreams come true," said AuburnBank President Bob Dumas at the groundbreaking ceremony. "As Mr. (E.L.) Spencer frequently said, 'If we do what is right for the community, it will be good for our bank.' "

The third chapter will see AuburnBank construct a four-story, 91,000 square-foot-plus building on the corner of Magnolia Avenue and Gay Street. In addition to pulling AuburnBank's retail and banking operations under one roof, it will feature additional Class A office space as well as retail space fronting Gay Street. The construction of a 535-space parking deck on the site is already underway. Construction on the new building is expected to be completed by the fourth quarter of 2021.

The redevelopment of the property represents a major investment not only in the bank's future, but in the future of Auburn.

"This is AuburnBank being who they are. They have invested in Auburn from the very beginning. When no one else wanted to invest in Auburn, AuburnBank believed in Auburn and its institutions," said Auburn Mayor Ron Anders. "Today, we celebrate their most recent investment. Financially, it will be a tremendous investment, but it's an indicator of who they are and what they mean to Auburn. And so we are grateful for what they have done to support businesses and individuals in our community and what they've done to support the university over the years."

At the ceremony, Dumas thanked all of the people who have helped carry the vision of AuburnBank forward into the future.

"For the past 113 years, (AuburnBank)has handled and safely secured people's money, providing the means to parents to send their children to college, families to purchase homes and automobiles, and for business owners, churches and nonprofits to survive and expand," said Dumas. "The original vision and mission of AuburnBank continues today due to the leadership of our directors and the entire AuburnBank team. Throughout our bank's history, leaders of our bank have been leaders within the communities we serve because we truly care about each other, our customers and our communities. By lending a helping hand and by giving back with a servant's heart, these are important qualities that enable us to continue to grow and prosper.

"I don't think the founders could have imagined that Auburn would one day become the economic powerhouse of east Alabama, nor could they have imagined that underfunded Alabama Polytechnic Institute would become Auburn University, one of the premier universities in the country. And they surely could not have expected the little Bank of Auburn, founded with just $10,000 in 1907, to become Auburn's first and only remaining bank chartered in Auburn, boasting assets of approximately $950 million and currently the 12th-largest financial institution in Alabama."