The city of Auburn announced on Tuesday that the Auburn Police Division will begin taking measures to enforce the state's Safer at Home regulations, including issuing citations for those not in compliance.

The move comes after the city has received numerous complaints from residents in the community and observed "an increase in a lack of compliance in the community," according to a press release, which also stated that the more "proactive approach" of Auburn police could result in the issuance of uniformed non-traffic citations resulting in fines. The fines for a citation could range anywhere from $25 to $500, said Auburn City Manager Jim Buston at Tuesday's City Council meeting.

"It is adjudicated by the Municipal Court, so anyone who gets a citation will have to go to court and present their case to the judge," he said. "Our police staff have done a great job over the last month educating citizens and educating businesses on what is expected of them, and we are now going into the phase of 'If you will not comply, we are going to cite you.' "

The move also comes as Auburn University students have returned to campus for the start of fall classes this week, which has increased concerns that another rise in Covid-19 cases is likely after Lee County had seen declining rates over the past two weeks. Those concerns increased after images and videos over the weekend showed students crowded into downtown bars, with many not wearing masks or social distancing.

"Unfortunately, we've had a bunch of people come new to town with the starting of school at the university and many of them are not adhering to the governor's orders," said Buston. "We have seen a lot of social media posts through Facebook, Instagram, Twitter, basically showing how in a lot of places around town the venues are not being compliant with the governor's orders."

The scene on campus has also elicited a response from Auburn football players, including wide receiver Anthony Schwartz, who tweeted "boy it's not a single person wearing mask on campus" over the weekend.

"Ya'll said it's safer on campus but I've seen crowds of people and none of them are wearing masks," he said in another Tweet. "Our coaches and medical staff have been doing their best to keep us safe, I don't want them to be blamed for whatever happens going forward ...."

The situation on Auburn's campus could improve soon, as the university announced that it would require the wearing of masks outside on campus in addition to inside buildings. That policy change went into effect on Wednesday.

Buston said he has been told that the university will have people spread out over campus to enforce the policy.

As of Tuesday evening, Lee County has had 2,861 confirmed cases of Covid-19, with 308 coming in the last 14 days. As of Wednesday, 39 patients were hospitalized at EAMC and EAMC-Lanier with Covid-19, with six on ventilators. Auburn Mayor Ron Anders asked residents to live up to some of the recognitions Auburn has received for being a great city to live in.

"I think it's important for us to really go out of our way to treat each other like we are the outstanding community that we've been recognized by so many different publications.," he said. "Let's rise above activities and some of the conduct that we saw this past weekend and try to go out of our way to be respectful of all of those in our community.

"All of our activities, in one way or another, impact all of us who live here." 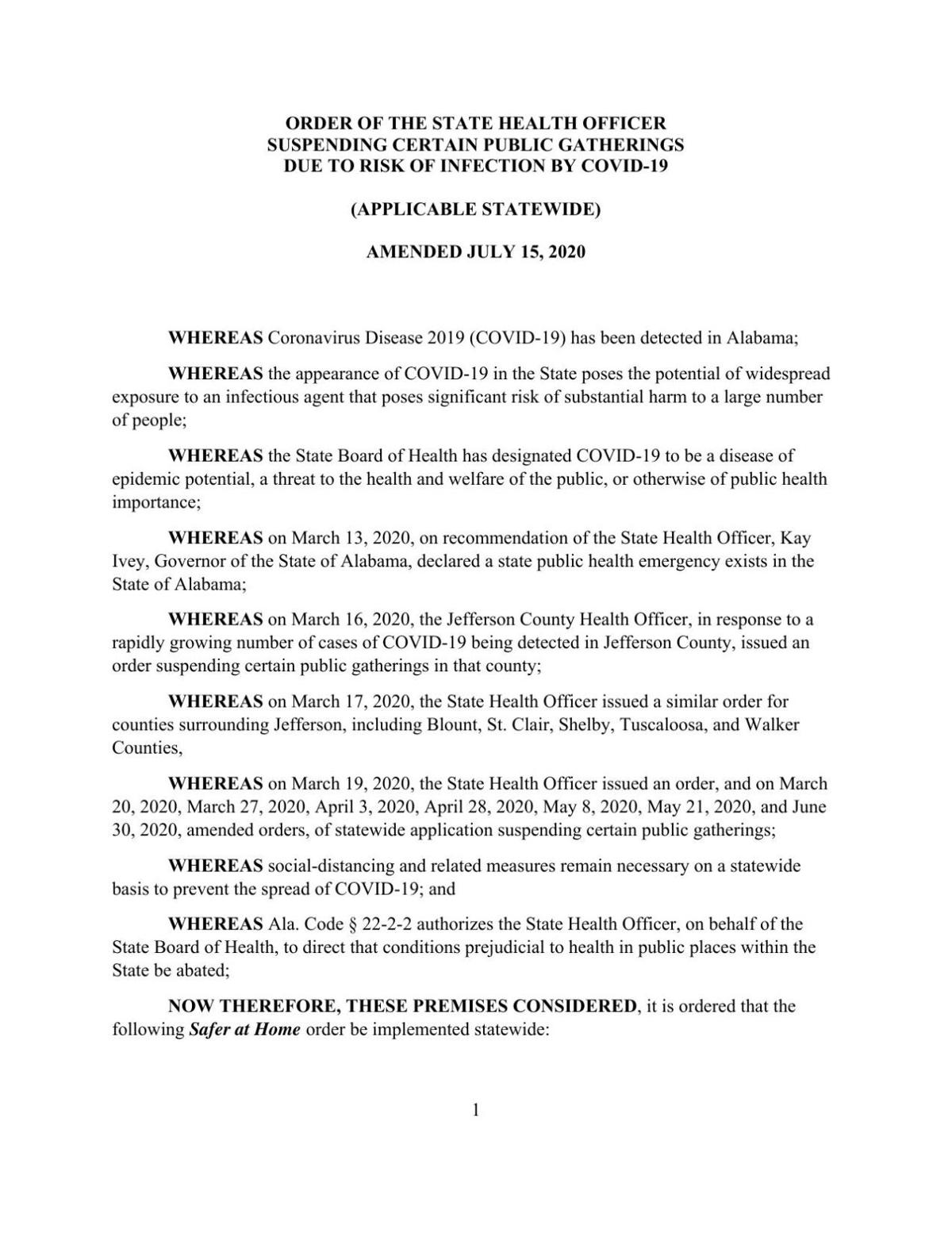