A significant amendment passed by the City Council at Tuesday night's meeting has triggered a pause in passing short-term rental regulations in Auburn until March.

The Council approved the amendment by a 5-3 vote, with Councilmen Bob Parsons, Kelley Griswold and Tommy Dawson voting no and Councilman Steven Dixon recusing himself because he uses his residence as a short-term rental.

The amendment was significant enough to require the city to re-advertise the proposed ordinance before moving forward.

"This is a substantive change, and it was not advertised, so the public has not been given notice of this particular ordinance," said City Attorney Rick Davidson.

The Council will consider the amended ordinance at its March 16 meeting. In effect, the amendment will make homestays permitted citywide. It is also likely to anger many residents who have pleaded with the City Council to protect their single-family neighborhoods from the encroachment of commercial activity.

Many of those residents spoke during the lengthy public hearing on Tuesday to share their concerns about safety, traffic, parking, loud noise and other issues surrounding short-term rentals.

Carolyn Carr, who lives on Payne Street, said the music has been so loud at a nearby short-term rental house that the floors of her house shook and that parking was a major issue.

"I heard the world's most profane Frisbee jam," said Carr, recounting the behavior of one short-term rental group.

Other residents spoke in favor of allowing short-term rentals in single-family neighborhoods, citing individual property rights, the need for supplementary income, and their own positive experiences as hosts as reasons, among others, for permitting the use.

The Council discussion on the amendment turned bitter and truculent between Witten and Parsons, prompting a condemnation of Parsons by Dawson and an apology from Mayor Ron Anders for not stepping in to stop the back-and-forth sooner.

Witten's amendment also made a handful of other changes to the ordinance, including the addition of clauses that would prohibit private/commercial events or activities at homestays or Short-term Primary Rentals; limiting homestay operations to 90 days per licensing year when the owner is not present instead of 120 days; and decreasing the number of substantiated complaints needed from three to two within a calendar year for the Planning Director to revoke their zoning certificate.

STNPRs would still be prohibited in traditional single-family neighborhoods, but not require that the house be the permanent residence of the owner. Homeowner presence at the time of the rental would not be required. STNPRs would be limited to 240 rental days each calendar year and would require a zoning certificate to operate. 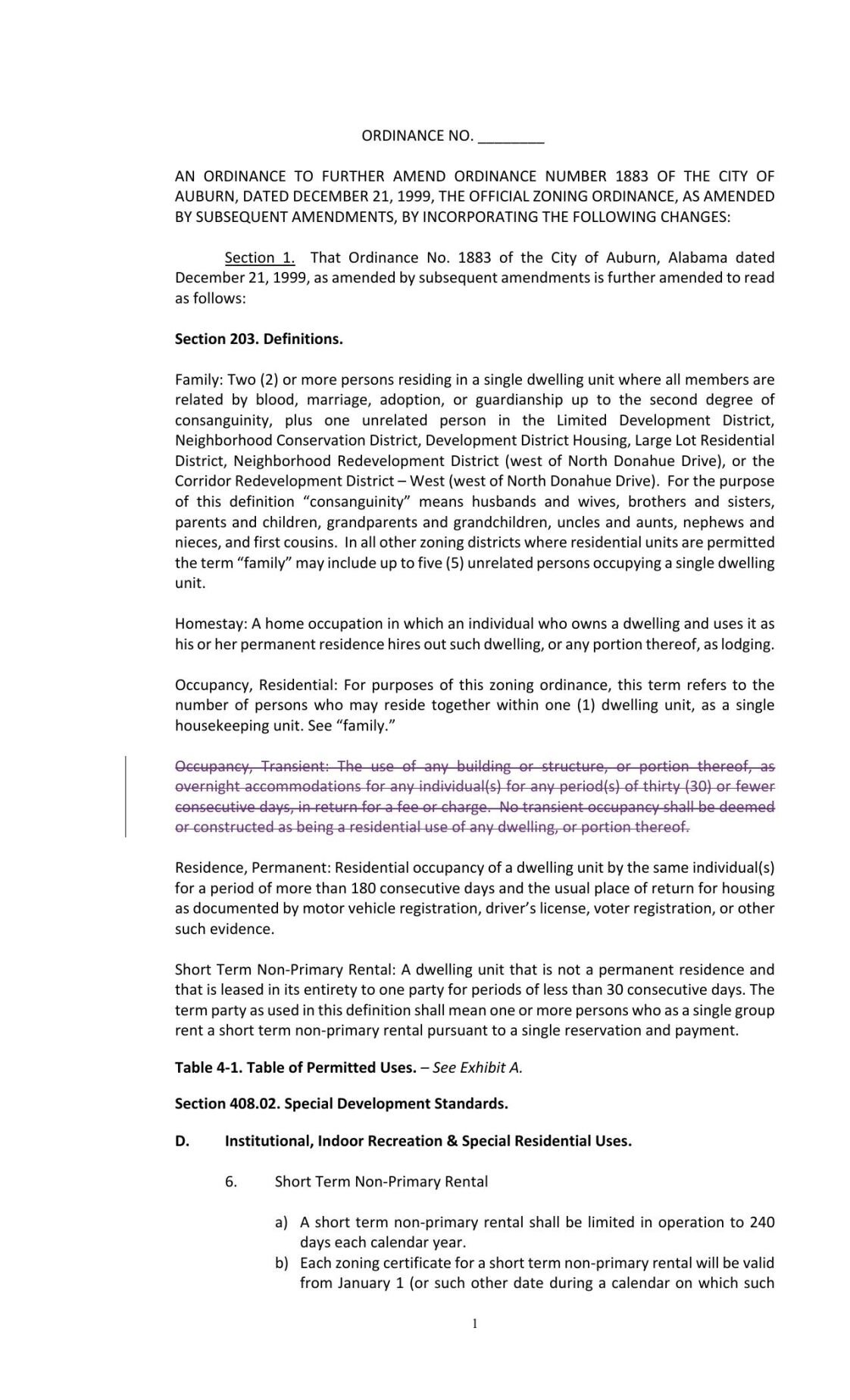